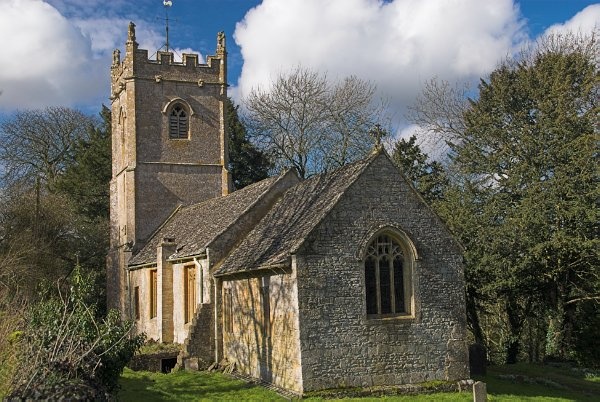 The village of Compton Abdale is just south of the busy A40 a mile or so west of Northleach, but the location is so idyllic that you are never aware of the road nearby. The village of Cotswold stone houses is laid out along the valley bottom, with the small church of St Oswald located on a mostly level rise at the south edge of the valley. 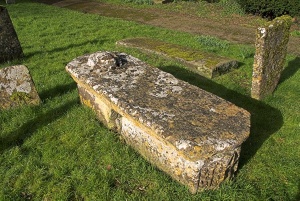 Oswald was an early 7th century King of Northumbria who was converted to Christianity by St Columbo. Though he only ruled for 15 years, he was responsible for bringing much of the north under nominal Christian observance, and built churches across his territory. You might well wonder why a Cotswold church is dedicated to a Northumbrian saint. Dedications to St Oswald are quite common in the north but rare in the south.

The person responsible was Ethelfreda, daughter of King Alfred the Great. In 909 she brought Oswald's bones to Gloucester, where she founded a Priory in his name. In order to provide income for the priory, Ethelfreda granted it the manor of Compton Abdale (among other properties).

The church is composed of a south porch, west tower, nave and chancel. The square tower is capped by pinnacles at each corner, each pinnacle bearing a carving of beasts, perhaps wolves. The wolf was the symbol of the Howe family of nearby Cassey Compton, so perhaps the tower was rebuilt by the Howes. In the churchyard is a well-worn 14th century table tomb bearing the motif of an incised cross. 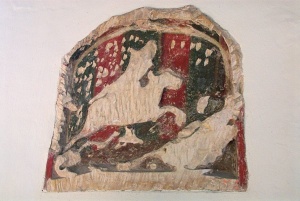 The south porch is Early English, with 13th-century benches and corbel heads of a man and woman. The corbels have been quite literally 'defaced' but you can still clearly see that the woman wears a Norman-style headdress, while the man has a cap of the 'sugar bag' variety, common in the time of Henry V (early 15th century).

There are some fragments of the original medieval stained glass in the west window. Apart from this, the most interesting historical detail in the interior is a painted tablet near the pulpit depicting Saint George slaying the dragon. This was found lying loose inside the walls when the church was being repaired in 1949. It has been dated to the period 1360-1410.

I don't usually mention ambience in these church articles, but I must say that there is just 'something' about St Oswald's church. It certainly isn't the most architecturally compelling medieval church in the region, but it seems to exude a sense of age and antiquity that make it quite memorable.

The easiest access is from the A40. Just follow the signposted minor road to Compton Abdale, a mile or so west of Northleach. There is also a minor road from Withington, and another from Chedworth, where the Roman villa (National Trust) is worth a visit. 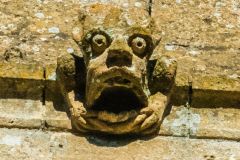 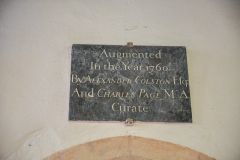 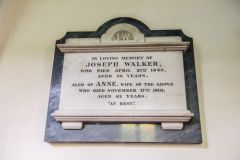 More self catering near Compton Abdale