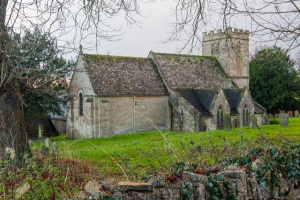 Around 1050 King Edward the Confessor invited large numbers of Normans to settle in England. One of these was Goda, Countess of Boulogne, the king's sister. Goda was granted estates at Hazleton. We do not know if Goda herself had a church built here, but the earliest features of the current building are from the 12th century, some 100 years after her death.

Though much of the church was heavily restored in the Victorian period, enough 12th century features remain to make this an interesting place to visit for anyone interested in medieval churches. 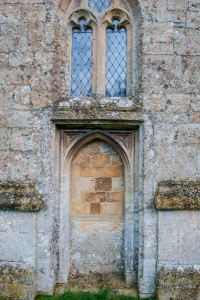 The tower is Perpendicular, with a Tudor doorway set into a recess at the west end, and a narrow single lancet window in the south face. Walk around the church to the north side and you can see a peculiar corbel head projecting out of the chancel wall, next to a modern drainpipe. Though worn by exposure to the weather, the carving is suitably grotesque. What on earth is it doing here, sticking out of the wall?

Outside the porch is a broken stone coffin and several interesting table tombs. The stone porch itself is 14th century, and it partly hides a Norman window with a deeply splayed round-headed opening. The porch contains a blocked 15th-century niche in its east wall, and the sill is a reused grave slab with incised carvings.

On the east jamb of the outer porch arch is a piece of graffiti dating to 1709, and beneath it, crosses carved deep into the stone. During the medieval period, when Hazelton lay close to a pilgrim route to Hailes Abbey, the roads west towards Winchcombe were beset by thieves and cut-throats. Before setting out towards Hailes, travellers would cut a votive cross in the stone jamb, hoping it would lend good fortune to their journey. 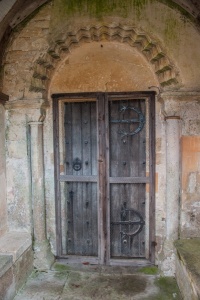 The interior is interesting rather than compelling. The 12th-century chancel arch is in amazingly good condition, with deeply cut scalloped and chamferred capitals. Though the church guide does not say so, I suspect that the arch and capitals have been recut.

The 13th-century font is very nice indeed, with trefoil-headed panels on each face. There is only one notable memorial inside the church; on the wall near the pulpit is a mural tablet to Eleanor Minchin, who died in 1826 at the age of 32, leaving 4 infant children. The inscription rather poignantly says 'How dearly she was loved and how deeply lamented, this marble can not describe'.

What is really interesting is how different time periods have left a mark on the church, from the Norman features to the 14th century porch and Perpendicular tower, up to the largely Victorian interiors. Its a slice of local history. 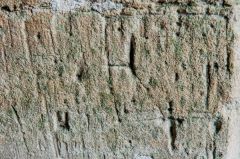 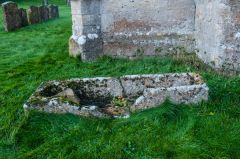 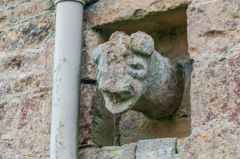 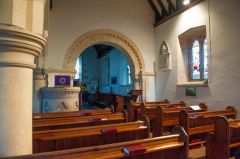 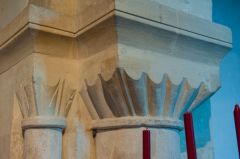 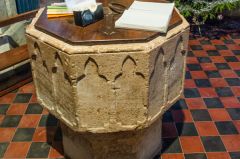 More self catering near Hazleton

More bed and breakfasts near Hazleton