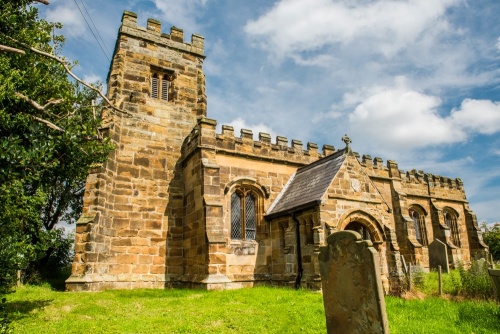 Set in a lovely countryside location, St Martins is a simple 15th-century church incorporating parts of an earlier medieval building. Most of the current building is in Perpendicular style, with the addition of sensitive Victorian restoration.

There was no church recorded in Whenby at the time of the Domesday Book in 1086 but a document from 1287 suggests that there was a church of ancient origin on the site. One of the present church bells was cast in the 14th century and probably came from that earlier building.

The church is built of ashlar and rubble and is composed of a nave with north aisle, chancel and north chapel, west tower, and an elaborate south porch. Curiously, there is no chancel arch; the nave roof extends over the choir, and the nave is separated from the chancel by a very nice 15th-century screen and the aisle from the chapel by a Jacobean screen.

The nave benches are original medieval work and the octagonal, moulded font is also 15th century. There are several carved heads decorating the nave capitals. These are thought to depict local people known to the mason. 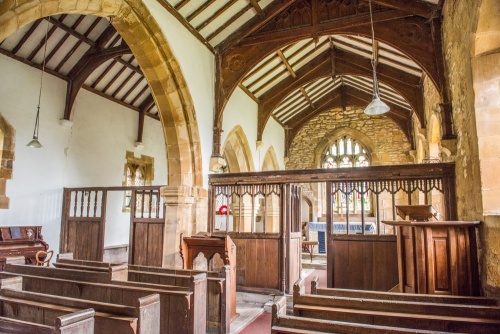 It is the south porch that will draw your eye most. This is quite unusually elaborate, in a two-bay design and embattled top. Two-light windows are set in each bay.

Whenby's population was never very large, and by 1818 the church was recorded as being in a state of decay. It was restored in 1871 after a fundraising campaign gathered the necessary £700. Despite the Victorian restoration St Martin's retains its medieval character. The medieval door was untouched by the restorers, as were the 16th-century benches, oak screens, and late medieval font.

The colourful east window has stained glass depicting the Crucifixion. It was designed by the famous Burlison and Grylls Company and installed in 1919. In the north aisle is a harmonium dating to the 1890s. The harmonium was made by the American firm of Story and Clark, more famous for making the world's first electric piano. Look for the stop knobs made of pink-rimmed porcelain.

St Martin's is not in regular use and is cared for by the Churches Conservation Trust. 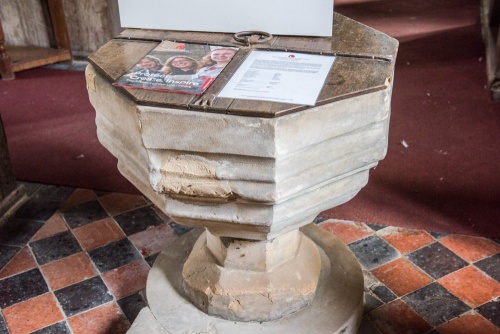 St Martin's isn't the easiest church to find. There are no signs in Whenby village, at least none that I could see. I drove through the village twice and couldn't see any sign of the church, and the official postcode didn't help my satnav at all.

As I finally discovered by wandering about blindly, the church is set back from the main road at the south-eastern end of the village. The easiest place to access it is a lane behind the village telephone box. 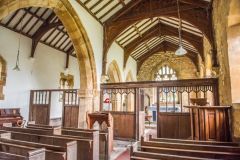 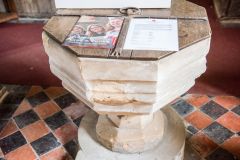 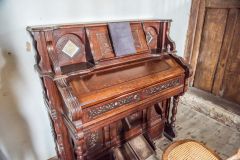