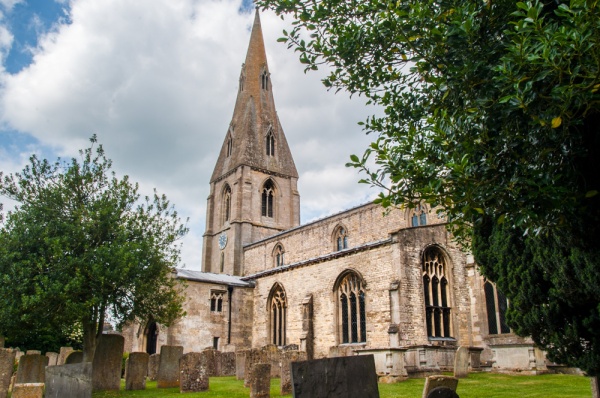 The parish church of St Nicholas in Cottesmore is built of stone from nearby Clipsham. There has been a church here since the time of the Domesday Book, but the current building is primarily 13th and 14th century. The tower reaches 99 feet in height and dates to the early 14th century.

You can see pieces of 12th-century stonework in the north wall and set into the buttresses at the east end of the church.

The south doorway has very fine zigzag ornamentation, probably from the 12th century. Bits of Norman masonry can be seen in the buttresses at the east end and supporting the north wall. There is a very finely carved Jacobean pulpit and three bells, the earliest of which dates to 1598.

The 12th-century font is interesting; the bowl obviously does not match the base, in fact, the base was found being used as a horse-stone at nearby Cottesmore Hall. The base may have formed part of a medieval churchyard cross. The font is carved with the figure of a bishop giving a blessing and a Crucifixion scene, plus a peculiar head at one angle.

The church is simple in style, and beautifully proportioned, but owes much of its decoration to a vigorous rebuilding in the Edwardian period. 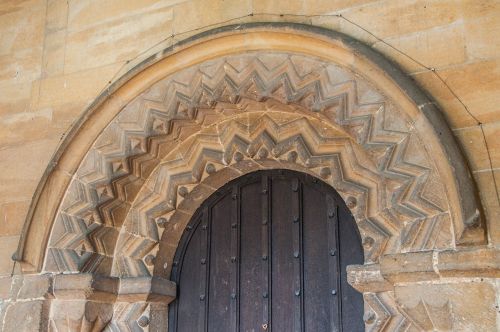 The guidebook mentions a late 16th-century grave slab in the south aisle, but unfortunately, the slab is covered by modern chairs, and rather difficult to make out.

There is an RAF chapel, dedicated in 1949, a sign of the close links between the village and the nearby RAF Cottesmore base. The chapel commemorates those airmen who died while serving at RAF Cottesmore during WWII. It was designed by Sir Giles Gilbert Scott, a descendant of the famous Victorian architect Sir George Gilbert Scott.

In the aisle hang the colours of the 1st Battalion Scots Guards. The colours were given to Major General Knox C.B. and gifted to the church by his widow.

On the wall is a lifebuoy from the HMS Cottesmore, an Escort Destroyer that saw service in World War Two. The county of Rutland 'adopted' the Cottesmore as part of a National Savings Warship Week Campaign in March 1942.

There are several interesting gravestones in the churchyard, including many to those who worked for the famed Cottesmore Hunt, one of the oldest hunts in the country, started in 1732. Look for the tomb of Robert Baker (d. 1861), who served as High Sheriff of Rutland and invented the Rutland Plough. Baker is also credited with originating the small allotment system in 1830. 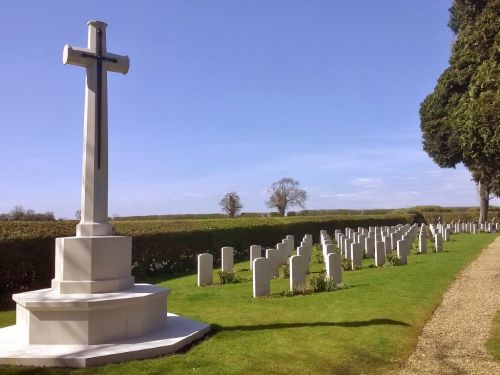 In 1929 a churchyard extension was created on Rogues Lane, half a mile east of the church. When RAF Cottesmore opened in 1938, space in this extension was reserved for burials from the new RAF base. The first two burials took place here in 1939, before the outbreak of war. From May 1940-May 1943 another 86 servicemen from across the Commonwealth joined them.

There are now a total of 89 war graves in the churchyard extension, including service personnel from England, Scotland, Wales, Canada, Australia, New Zealand, Republic of Ireland, South Africa, Southern Rhodesia, Newfoundland, India, one who was living in Chile, and an American who was serving in the Royal Canadian Air Force. There are also another 39 non-war service memorials, cared for by the Commonwealth War Graves Commission on behalf of the MOD. 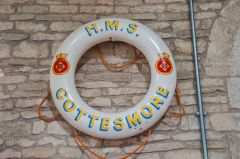 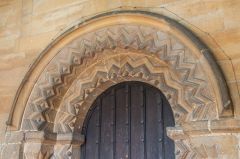 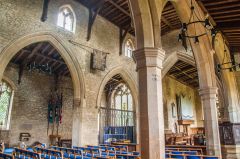