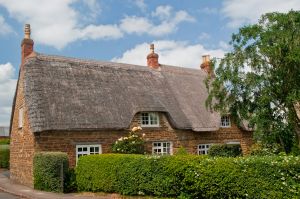 Langham
The village of Langham lies a few miles north-west of the county town of Oakham. The name means 'long village', and though there is evidence of Bronze Age and Roman remains in the area, the real foundation of the village is Anglo-Saxon. During the late Saxon and Norman periods, the village belonged to the larger centre of Oakham.

Much of the area was part of royal estates, and on several occasions, the manor of Langham was given by kings of England to powerful supporters among the nobility.

The village is laid out on a medieval pattern, with three parallel streets. On Church Street is the parish church of St Peter and St Paul, which dates to the 13th century and features an incised marble slab to John Clarke (d. 1532). 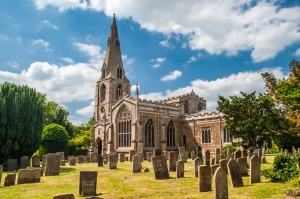 The most famous native of Langham was Simon of Langham, a 14th-century churchman who rose to become Bishop of Ely, Chancellor of England, Archbishop of Canterbury, and eventually, a Cardinal at the papal court in Avignon.

The Langham Village History Group has put together a very interesting village walk booklet, with details of all the historic properties in the village. There are booklet copies in the church, and more details about the history of Langham can be found at www.langhamvillage.com.

One of the houses listed on the village walk is Langham House, an 18th-century building once owned by the Earl of Gainsborough and later, by Sir Henry Clarke Jervoise. Rumour has it that Langham House was the scene of secret rendezvous between Edward VIII and Mrs Simpson.

More self catering near Langham >>

More bed and breakfasts near Langham >>