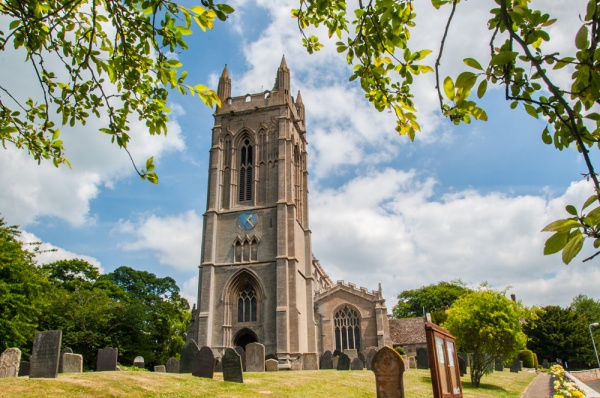 St Andrews church in Whissendine is one of the largest in Rutland, with an imposing Perpendicular tower. The earliest parts of the church date to the 13th century, including the south doorway, with dog-tooth ornamentation, but there is work from almost every century since then.

The tower of Barnack stone was added in the 14th century. Interestingly, the four pinnacles that top the tower are hollow, and have window slits, suggesting that they were intended for use as a watchtower.

The font is 14th century, though sadly it is has been defaced at some point in its history. When the clerestory was added in the 15th century, the weight caused the nave pillars to shift outwardly, and new, heavy columns had to be hastily built to prevent the whole building from collapsing. Look closely; the nave columns on the north side lean outwards at an amazing angle.

In the north aisle is a small statue of St Barbara by Edwin Lutyens, the Edwardian architect.

There is a very nice medieval screen that was originally installed at St John's College in Cambridge. The screen ended up here because the Victorian architect Sir George Gilbert Scott was renovating both at the same time. He removed the screen from the college and offered it to the vicar of Whissendine, who accepted.

In the chancel is a lovely 17th-century wall memorial to Lady Abigail Sherrard. This was found in several pieces and put back together like a giant jigsaw puzzle. There is also a good collection of carved gargoyles. 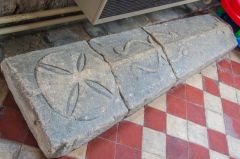 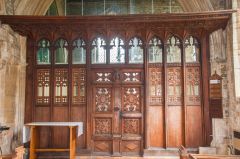 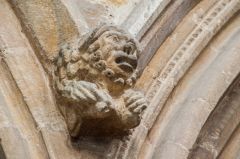 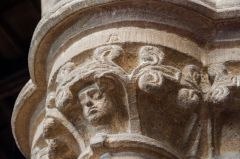