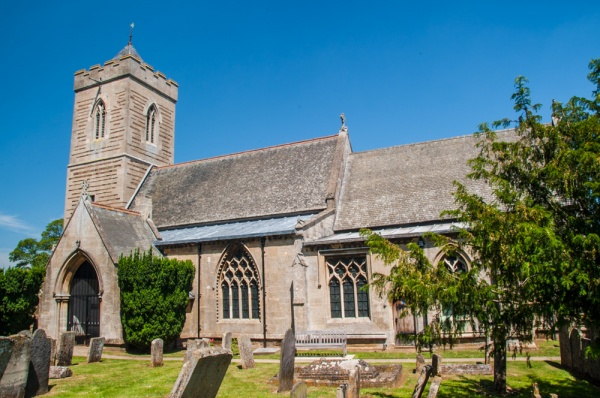 The parish church of St Mary's in Ashwell is mainly a 14th-century building, though it was heavily restored by the great Victorian church architect, William Butterfield. Butterfield rebuilt the tower, refitted the interior, and added the impressive lych gate.

The oldest part of the church is the nave, dating to the early 12th century. The north aisle was added around 1190, while the chancel and aisles are a product of the early 13th century.

One fascinating early medieval feature is a wooden effigy of a crusading knight, dating to sometime between 1280 and 1320. The effigy is wonderfully carved, and shows the knight dressed in full armour, his legs crossed, and his feet on a lion. The hollow effigy probably represents a member of the local Tuchet family.

Also in the south chapel is a 15th-century incised marble slab, with the figures of a man and woman side by side. The couple is presumed to be John and Rose Vernom, parents of John Vernom, whose tonsured alabaster effigy lies in the north chapel. The younger Vernom served as rector of Ashwell in 1465 and you can still see traces of gilding paint adhering to the effigy.

The incised slab to the Vernom parents is fascinating; look for the small figure of a dog at the couple's feet. It presumably represents a beloved family pet.

Near the younger John Vernom's life-sized effigy is a memorial brass to Margaret Palme, c. 1603. In the sanctuary is a very finely carved triple sedilia, or clergy seat, and a double piscina with moulded openings and beautiful traceried heads. Opposite on the north side of the altar is a 15th-century arched recess with empty statue niches on both sides and on the back wall.

The underside of the arch is decorated with a series of incised letter T's, symbolising the Tuchet family, who held the manor of Ashwell from 1086. The earliest recorded rector, John de Assewell, was presented by Lady Elizabeth Tuchet in 1244.

On display is an 18th-century clock mechanism. It has stood within the church since at least 1890 and was known to have been installed before 1808. Records show that from 1813 the clock mechanism was oiled annually at a cost one shilling.

In the churchyard is the grave of Reverend John Adams, one-time rector of Ashwell, who was awarded the Victoria Cross in 1879 while serving as a chaplain the British army in Afghanistan. 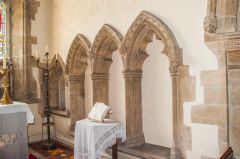 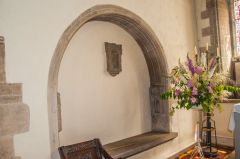 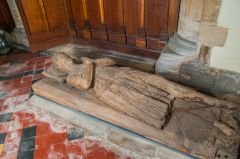 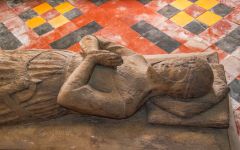 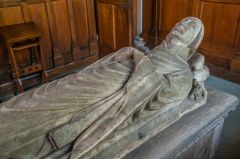