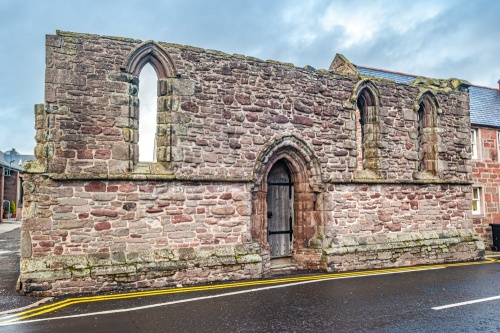 Only one wall survives of a 13th-century hospital founded by William de Brechin. The hospital was established in 1267 as a home for the poor, under a master and chaplains. The hospital remained in operation until at least 1636 when the office of master was merged with the role of headmaster at the nearby grammar school.

The surviving wall was part of the south wall of the hospital chapel joined to a short section of the east wall. The style is best described as First Pointed, what would be called Early English south of the Scottish border.

The chapel wall is about 40 feet long, with a doorway and three lancet windows. The carving around the windows and doors is finely detailed and of a very high standard. There is a much-worn piscina in the south wall. 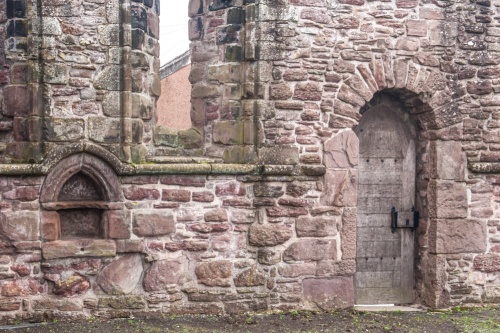 It is worth noting that the term 'hospital' had a different meaning in the medieval period. This is not a hospital as we would know it today, but an almshouse made to provide food, shelter, and medical care to the poor of Brechin. But not just any needy person was helped here; the bedesmen, or pensioners, had to pray daily for the soul of the founder in exchange for their board and lodging.

The chapel wasn't signposted terribly well when we visited, so a good local map helps. There's not a lot to see; just the one wall facing onto Maison Dieu Lane. If you walk around the end of the wall you find yourself in the roofless interior. 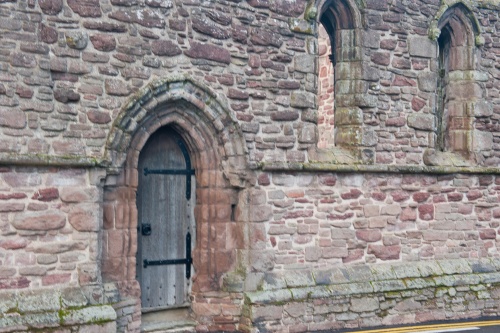 You do need a fair bit of imagination to picture how the chapel would have looked in its medieval pomp. Much of the stonework is worn, a victim of erosion, but the piscina is interesting, with a shelf halfway up to create two levels.

I wouldn't make a special trip to see the chapel, but if you are in Brechin to visit the cathedral and round tower - which I highly recommend - then it is worth a stroll to the chapel, only five minutes or so uphill from the cathedral. 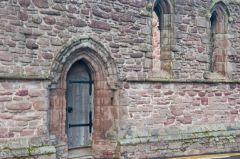 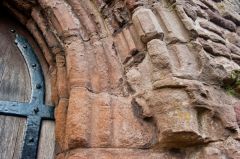 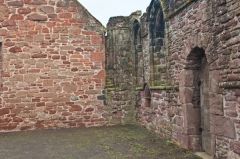 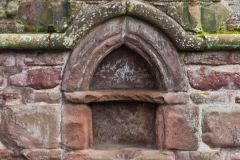 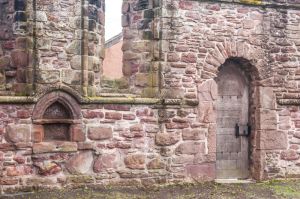