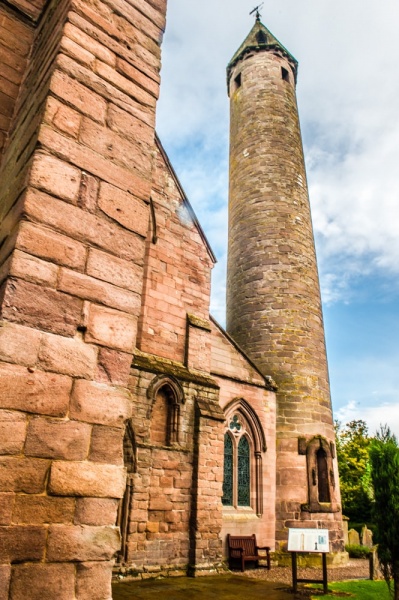 Outside historic Brechin Cathedral stands one of only two Irish-style round towers in Scotland (the other is at Abernethy). The tower was built in the 11th century, with the addition of a stone roof from the 15th century. The most striking feature of the tower, aside from its unusual architecture for Scotland, is its highly carved doorway.

It is 86 feet to the wall head of Brechin tower, and 106 feet to the top of the cap house, making it considerably higher than Abernethy tower. The tower is seven storeys high, but there are windows only on the 3rd and 4th floors, plus four windows on the top floor.

The tower is 15 feet at the base, the same diameter as Abernethy, and it tapers towards the top, although the internal diameter remains almost constant all the way to the top. The doorway is some 6 feet above the ground, presumably to offer at least a modicum of defensive security.

The door is only two feet wide, and six feet high. It is decoratively carved in a style known as Irish Romanesque, dated to the period 1100-1200. The carving may be modelled on the 'St Mary Stone', part of a 9th-century cross-slab preserved in the Cathedral.

You cannot climb the tower, but you can view the exterior and visit the historic church, which hosts a marvellous of carved stones in addition to the St Mary Stone. 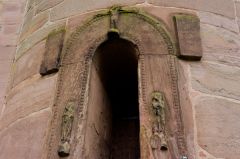 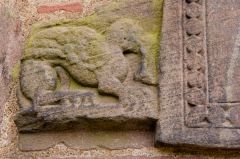 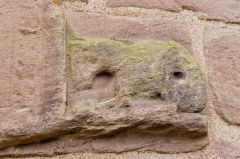 More self catering near Brechin Cathedral Round Tower >>

More bed and breakfasts near Brechin Cathedral Round Tower >>