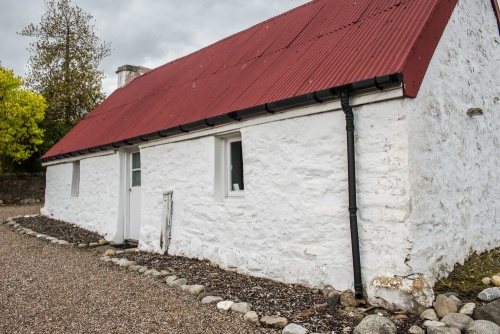 Sunnybrae Cottage is a simple late 18th or early 19th-century cruck-framed house thought to be the oldest in Pitlochry. Sunnybrae is a type of vernacular architecture once very common throughout the Highlands, with cruck construction and a thatch roof (the latter is hidden beneath a more modern corrugated iron roof). It may incorporate parts of much earlier buildings.

The cottage is a simple rectangle, built of rubble and whitewashed with lime. The original structure was probably made with turf walls resting on high rubble foundations, with a core of beaten earth.

Historic Environment Scotland is currently performing a careful archaeological survey and restoration, preparing the cottage for presentation to the public. While the work is ongoing, public viewing is limited to the exterior.

Since you can't presently view the interior you won't be able to see what historians found when investigating the structure. The floor is made with split log joists, cut flat on the upper side but rounded and still retaining their bark on the lower side. The joists rest on river boulders set on packed earth. 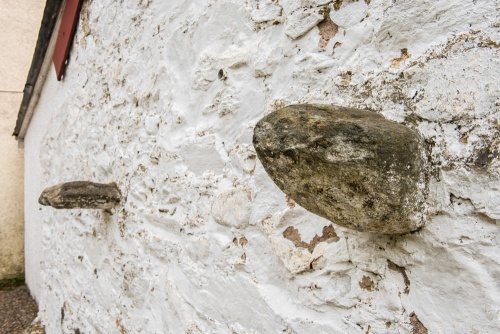 When we visited there were no signs directing you to the cottage, but thankfully when we walked along the A924 from the town parking area it was easy to spot the whitewashed cottage exterior and its colourful red roof from across the road. There are several information panels showing detailed drawings of the house and how it was constructed, and a plaque telling the tragic tale of accidental murder linked to the cottage.

At first glance, Sunybrae isn't terribly exciting. It looks like a run-down cottage of recent vintage that fell upon hard times. It is only when you look closer that you realise that the unpretentious whitewashed exterior and the corrugated iron roof hide a much older structure than at first appeared.

It seems that in 1767 Sunnybrae was used as a public house. Two cousins named John Stewart of Bonskeid and Donald Stewart of Shierglass were imbibing at the inn. Shierglass had drawn his knife to use on his food when a scuffle broke out. Bonskeid was stabbed with the drawn knife and died.

Rather than flee, Shierglass hid until his cousin's funeral procession was held. Why stay? Well, an old folk custom said that if a murderer can see light under his victim's coffin, he will escape punishment. After the funeral, Shierglass escaped to Holland, where he stayed for several years. He eventually returned home, unharmed, and was never prosecuted. 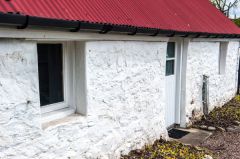 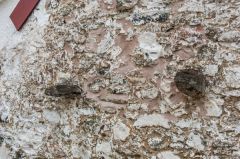 More self catering near Sunnybrae Cottage >> 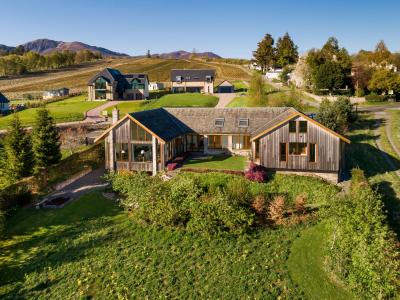