HERITAGE HIGHLIGHTS:   Named for a queen - but which one? 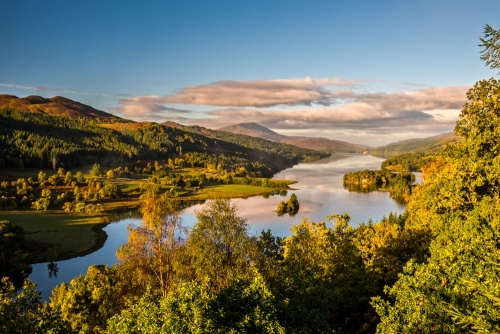 If you turn off the busy A9 road north of Pitlochry onto the B8091 that snakes along the north shore of Loch Tummel you are treated to wonderfully scenic glimpses of the loch below and to your left.

That is just a foretaste of the amazing view that awaits at Queen's View, where a rocky outcrop gives a panoramic view west along the loch, taking in the summit of Schiehallion and distant Loch Rannoch, before reaching the peaks of Glencoe.

From Queen's View, you can see 50 miles on a clear day, taking in some of Scotland's best scenery. 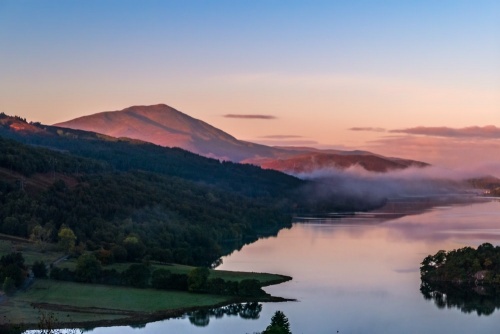 Queen Victoria famously visited Queen's View in 1866, and she was certain that the viewpoint had been named in her honour. The Forestry Commission visitor centre tends to perpetuate this story, with a large silhouette of Queen Victoria on the building exterior. Victoria, however, may have been wrong.

The viewpoint may not have been named for her, but for Isabella, the first wife of Robert Bruce, who preceded Victoria by some 550 years. and is said to have rested here on her travels. Another version of the story says that Isabella hid in the nearby woods, though from who or what is not clear.

Isabella was the daughter of Domhnall I, Earl of Mar, and the grand-daughter of Llywelyn the Great of Wales. She married Robert Bruce, 7th Earl of Carrick in the 1290s, long before he became Robert I of Scotland. The couple had one child, Marjorie, and Isabella died in the late 1290s.

Isabella was never crowned as Queen of Scotland (that honour fell to Robert Bruce's second wife Elizabeth de Burgh), so she shouldn't actually be referred to as 'queen' at all. So, was the viewpoint named for Isabella, or for a 'real' queen? We simply don't know. 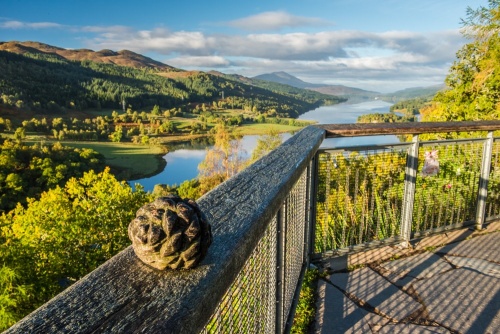 You can learn more about the woodland trails and what to see and do in Highland Perthshire in the Commission's visitor centre. Opposite the visitor centre, you will find a popular tea room and gift shop (seasonal opening).

There is a large pay and display parking area, though when we visited at sunrise on an autumn morning so that we ould take the photos accompanying this article we were pleased to find that the parking charges did not start until at least 9am. Please don't count on that always being the case, but it was true when we visited! 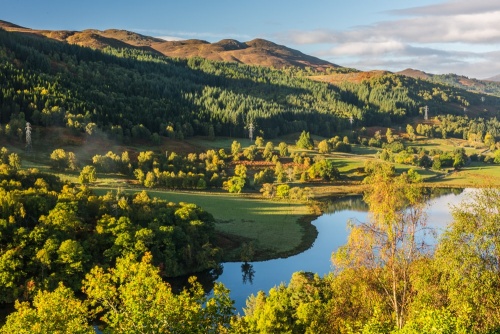 The viewpoint is roughly 200m from the car park and there is a very good paved path suitable for wheelchairs and prams. There is a wide viewing area protected by a wooden railing, and an information panel with a map identifying landmark features in the distance.

The best time of day to visit is definitely morning, when the sun is in the east, shedding light down the loch towards Glen Coe. In the afternoon the sun will be more in your face as you look down the loch, but the view will still be stunning! 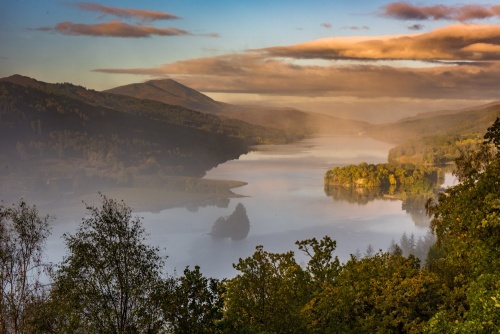 More self catering near Queen's View