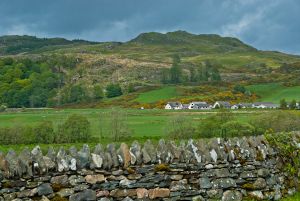 Dunadd Fort is a spectacular hill fort occupying a rocky outcrop that rises above the marsh of Moine Mhor, The 'Great Moss', near the southern end of Kilmartin Glen. The hill fort was first occupied in the Iron Age, and later became the centre of the Scottish kingdom of Dalriada (Dal Riata).

The name 'Dunadd' is a combination of two Gaelic words, dun, meaning fort, and add, for the River Add which snakes near the foot of the hill. Thus the term translates as 'fort on the River Add'. The hill may at one time have been an island, as the Great Moss has been partially reclaimed and is now less boggy than it once was.

Excavations at Dunadd have discovered signs of occupation from the 6th to the 8th centuries AD. Among the artefacts discovered are weapons, tools, imported pottery, jewellery, and quern stones for grinding grain.

The site is known for its unique stone carvings, including a strange footprint-shaped depression thought to have been used during coronation ceremonies for kings of Dal Raita. Near the footprint is a much-worn Ogham script referring to a person named Finn Manach. This script is thought to date to the 8th century.

Dunadd was occupied into the 9th century. Later, the chief residence of the MacLachlans, seneschals of Glassary, lay at the foot of the fort. In 1506 commissioners appointed by James IV gathered here to resolve legal disputes and collect rents, so it was obviously thought of as an important centre even then.

Today the fort remains an appealing yet enigmatic site. The short, steep ascent to the top provides you with wonderful views across Moine Mhor and the River Add, yet there is precious little of the actual fort remaining atop the hill, and very little in the way of signage to help you interpret the site.

Nearby accommodation is calculated 'as the crow flies' from Dunadd Fort. 'Nearest' may involve a long drive up and down glens or, if you are near the coast, may include a ferry ride! Please check the property map to make sure the location is right for you.

More self catering near Dunadd Fort >> 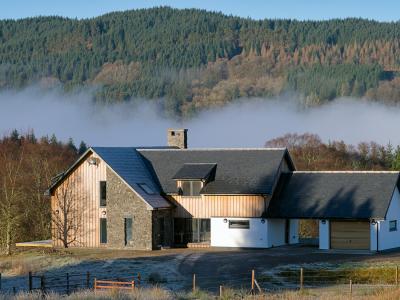