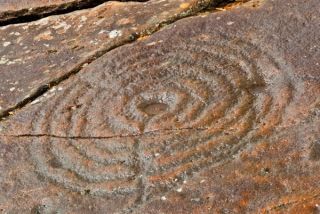 Well preserved Bronze Age cup and ring marks decorate a rocky outcrop at Achnabreck, at the southern end of Argyll's amazing Kilmartin Glen.
What do the carvings mean?
The short answer is that we don't know. Were they ritual, symbolic, spiritual, or 'just' an artistic expression? There are more questions than answers. We don't really know how old they are; all we can do is suggest that most similar rock art was carved between 3500 and 1000 BC, and the Achnabreck symbols probably date to the older end of that range, about 3000 BC.

At Achnabreck there are very large concentric ring marks on several rocky outcrops. The rings usually surround rounded depressions, or cup marks, rather like the rings of Saturn surround that planet. Gutters run through some of the rings, usually radiating out and down. Perhaps they were used to channel water out of the cup, but again, we do not know why.

The most impressive feature at Achnabreck is the circumference of the largest rings. These approach 1 metre across - about 3 feet - and are among the largest ever discovered in Europe.

Getting There
Achnabreck is signposted off the A819 just after it turns north into Kilmartin Glen. A forestry road runs east off the A road to a parking area, and from there a signed trail leads still further east for 500 metres to the carved stones. It should take no more than 10 minutes, and probably less, though good footwear is advisable as the trail can get wet and muddy. About 1 mile west are more carved stones at Cairnbaan, and there are still more at Kilmichael Glassary, 2 miles north. 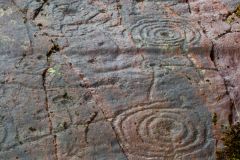 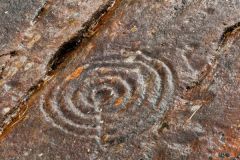 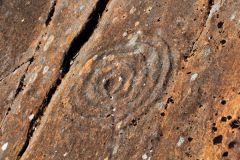 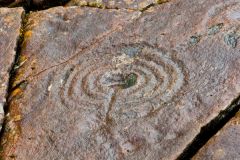 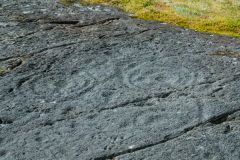 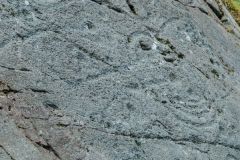 Nearby accommodation is calculated 'as the crow flies' from Achnabreck Cup and Ring Marks. 'Nearest' may involve a long drive up and down glens or, if you are near the coast, may include a ferry ride! Please check the property map to make sure the location is right for you.

More self catering near Achnabreck Cup and Ring Marks >>

More bed and breakfasts near Achnabreck Cup and Ring Marks >> 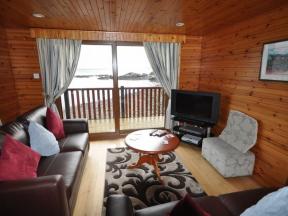 A perfect base for exploring mid Argyll and all its history. Follow the Crinan Canal on foot or by bike from Ardrishaig to Crinan to see why this is often …
Sleeps 4 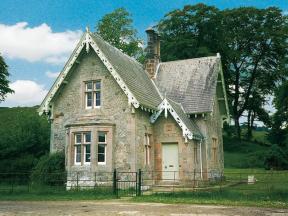