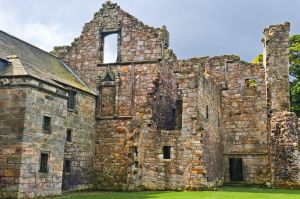 Aberdour Castle is a complex of historic buildings ranging from the 13th to the 17th century. At the core of the castle is a late 12th-century fortified hall house, erected around 1200, which makes Aberdour one of the two oldest castles in Scotland (the other candidate being Castle Sween, erected around the same time).

From that modest beginning, the suite of buildings at Aberdour was extended over the ensuing centuries by the Mortimer, Randolph, and Douglas families to form an imposing and luxurious house, set in superb gardens and an attractive pleasure ground, with an intriguing beehive-shaped dovecot.

The castle may have been begun by Sir Alan Mortimer, the first baron of Aberdour, who acquired the estate through an advantageous marriage to Anicea, daughter of Sir John Vipont, around 1126. In 1325 Robert the Bruce granted Aberdour to his nephew, Thomas Randolph, Earl of Moray, but only 17 years later it passed to the powerful Douglasses, and it has remained in their hands since. 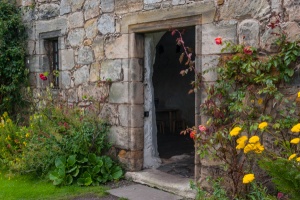 The oldest part of the castle is the hall house, constructed of ashlar blocks and masonry in a style similar to the nearby mid-12th century church of St Fillan.

The window openings are duplicates of those at 12th-century Incholm Abbey, suggesting that the same group of masons may have worked on all three buildings. It is possible that the hall house was built as early as 1150, which would indeed make it the earliest standing castle in Scotland.

In the 15th century, the hall house was extended and converted into a more traditional Scottish tower house by the Douglas family, earls of Morton and lords of Dalkeith.

The Douglasses extended the range of buildings at Aberdour over the following generations, but the most interesting addition is the central block, added by James Douglas, 4th Earl of Morton, in the late 16th century.

The Earl acted as Lord High Chancellor from 1562-1572 and as Regent during the minority of King James VI, and needed a house that suited his high status. It was the 4th Earl who began the wonderful gardens that surround the castle, drawing inspiration from the terraced gardens at Hampton Court Palace. He also built the intriguing dovecot in the grounds. He did not have long to enjoy his creations, as he was executed for complicity in the murder of Lord Darnley in 1581. 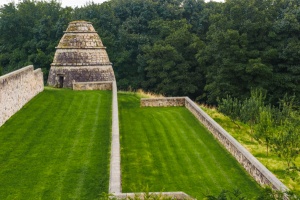 The terraces and
16th-century dovecot

In 1632 the 6th Earl created an attractive walled garden to the east of the castle. Also of interest is the east range, with an attractive gallery added by the 7th Earl in the early years of the 17th century. The 7th Earl was William Douglas, Lord High Treasurer of Scotland, who wanted a luxurious long gallery where he could show off his art collection and entertain company.

The castle was damaged by fire in the late 17th century, but only the east range was restored, leaving the rest of the castle complex to slumber into ruin. The Douglasses moved from the castle into their new home of Aberdour House (formerly called Cuttlehill House) in 1725, leaving the castle to be used as a barracks, masonic hall, and a stable, before it passed into government hands in 1924. It is now cared for by Historic Scotland.

The terraced gardens and the walled garden have been restored to their former glory, and you can also visit the 12th century Norman church. As for the castle interiors, the most memorable feature is probably the early 17th century painted ceiling in the east range. 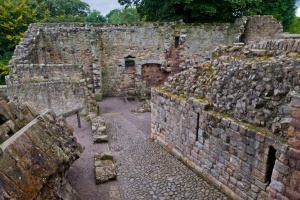 Ruined passageway in the castle 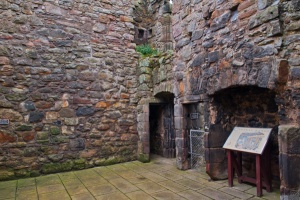 Ruins of the Central Range 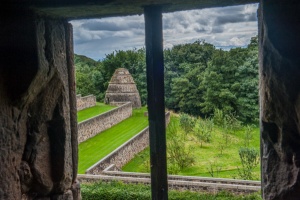 View to the dovecot from the castle interior 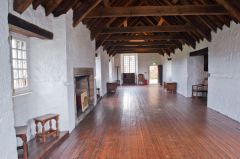 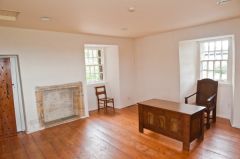 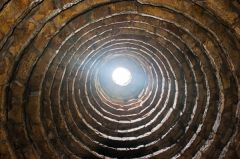 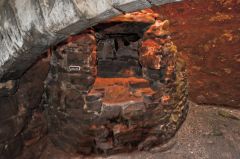 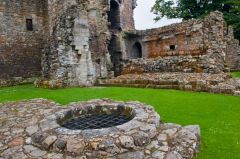 More self catering near Aberdour Castle >> 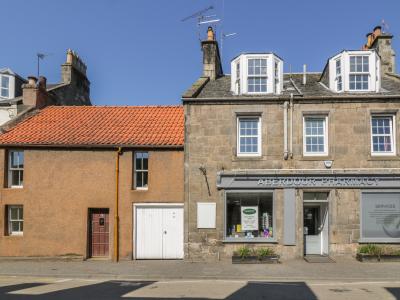 This first-floor flat rests in Aberdour, Fife and can sleep four people in two bedrooms.
Sleeps 4 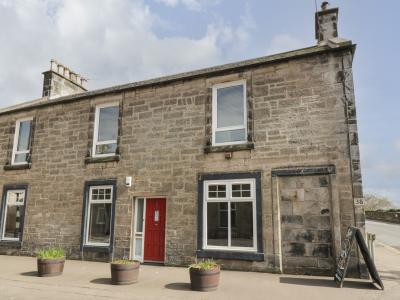