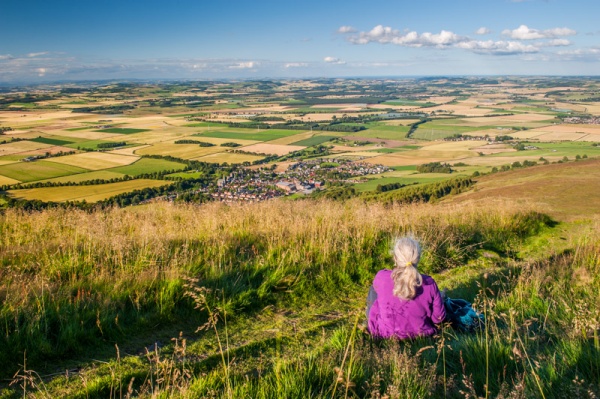 The 'Kingdom of Fife' stretches between the River Tay in the north to the Forth estuary in the south, and is bounded by the north sea to the east.

Fife is a study in contrasts; inland the countryside is relatively level, with mile after mile of farm fields crisscrossed by minor roads, but the coastline has been called the 'Scottish Riviera' for its miles of sandy beaches. 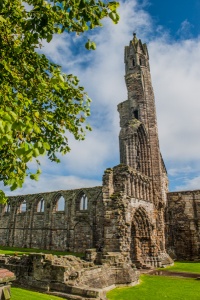 Visit the mecca of golf at St Andrews, a magnet for golfers the world over. Beyond the 'Royal and Ancient' golf club are the ruins of St Andrews Cathedral and Castle.

The East Neuk of Fife takes in the south and east of the region, with picturesque fishing villages like Anstruther and Crail. From Anstruther you can take a boat to the Isle of May, in the middle of the Firth of Forth, to see the ruins of a 12th-century monastery founded by King David I.

From Anstruther, the Fife Coastal Path leads to St Monans, where St Monans Auld Kirk stands by the shore. The Kirk was founded by David II around AD 1326. If you keep following the coastal path from the Kirk you come to the dramatic clifftop ruins of Newark Castle. The castle dates to at least the 15th century and was once owned by General David Leslie, the victor of the Battle of Philiphaugh.

At Lundin Links a group of Bronze Age standing stones are rather oddly sited on the edge of a golf course. If you travel north from Lundin Links you come to Hill of Tarvit House, an Edwardian mansion built for a wealthy jute merchant. Hill of Tarvit is known for its hickory golf course, where you can play golf the 'old-fashioned' way, with clubs made of hickory. A short walk from the mansion and its opulent interiors stands the tower house of Scotstarvit Tower, built by Sir John Scott in 1611 to replace an earlier medieval house. 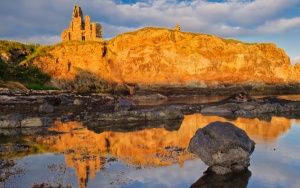 A pair of medieval abbeys grace the north shore of Fife, overlooking the Firth of Tay. At Balmerino is a 13th-century abbey founded by Queen Ermengarde, wife of King William the Lion, and at Newburgh is Lindores Abbey, established around AD 1191 by the Earl of Huntingdon, brother of William the Lion.

South of Newburgh is the picture-perfect village of Falkland, at the base of the Lomond Hills. Falkland Palace was a royal residence, with a late 15th-century great hall built by James IV. His heir, James V, transformed Falkland into a Renaissance palace in French style. Mary, Queen of Scots used Falkland Palace as a country retreat.

At Kirkcaldy the ruins of Ravenscraig Castle perch atop high cliffs, and at Aberdour is possibly the oldest castle in Scotland, based around a late 12th-century fortified hall house. Look for the curious 16th-century doocot, shaped like a conical beehive. 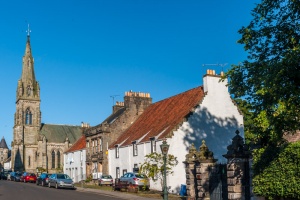 The Royal Burgh of Culross overlooks the Firth of Forth, with its cobbled lanes and picturesque buildings. The ruins of Culross Abbey stand a short walk from Culross Palace, which despite its name is not a palace but a late 16th-century house built by Sir George Bruce. Culross was an important religious centre since St Mungo was born here in the 6th century.

At Dunfermline is perhaps the most important historic site in Fife; Dunfermline Abbey and Palace. The abbey church still stands from the 11th-century monastery founded by Queen Margaret in the 1070s. In the church marked by a brass memorial, is the grave of Robert Bruce, and opposite the abbey church is the royal palace, begun as the abbey guesthouse. The medieval guesthouse was rebuilt after the Reformation by James VI as a gift to his wife, Anne of Denmark.

Fife is an absolute delight to explore. I've been fortunate enough to visit several times, and I can't wait to return. If I was pressed to name my favourite historic attractions in Fife I'd choose,

but in truth, I could easily name many more!

Thankfully Fife is well-supplied with accommodation options, especially around St Andrews and the East Neuk area.

Hotels | Bed and Breakfast | Self Catering 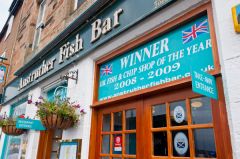 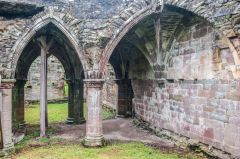 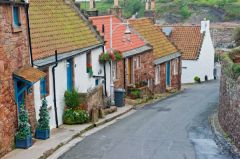 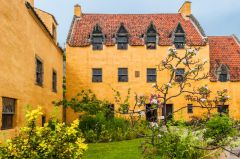 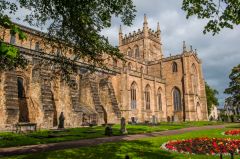 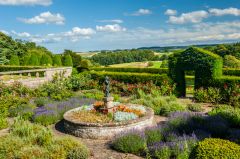 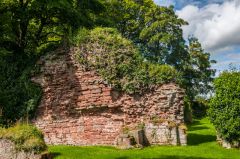 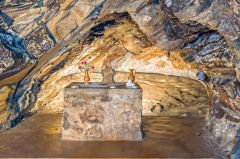 Lower Slaughter and the River Eye