HERITAGE HIGHLIGHTS:   A good example of a small Norman motte 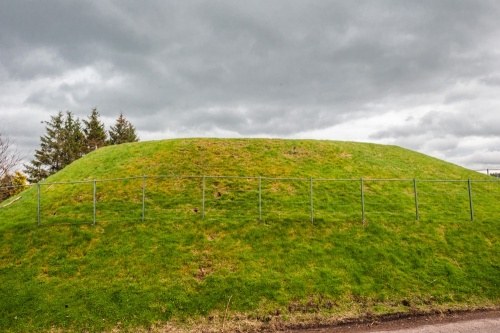 A 12th-century castle mound, or motte, close to the south bank of the River Clyde. The motte is about 75 feet in diameter at the base, rising to just under 11 feet high, with a wide, flat top measuring 45 x 38 feet. The motte was originally surrounded by a wide ditch, but this has been filled in by farming, and the road which runs close to the south-west corner of the site.

Coulter is a good example of the type of Norman motte that would have been common in this area during the mid-12th century after Malcolm IV granted land in Clydesdale to Flemish newcomers. The most likely date of construction is sometime shortly after 1155.

We can assume from a study of other sites that the mound was surmounted by a wooden palisade, and there would have been subsidiary buildings like a brewhouse, stables, and bakery nearby, but of these nothing now remains, and only the motte itself can give us an idea of how the site would have looked.

Coulter Motte may have been the inspiration for Midculter Castle, home of Francis Crawford of Lymond in the Lymond series of historical novels by Dorothy Dunnett. 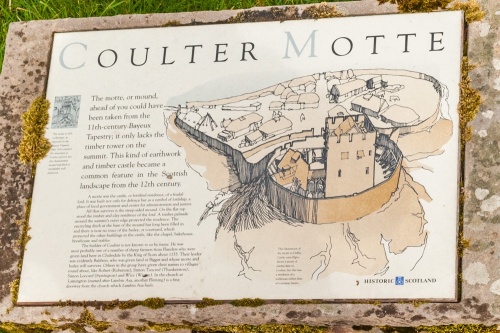 An artist's depiction of the motte, from Historic Scotland

Despite what the Historic Scotland website says, Coulter Motte is just off the A72, not the A73. It is well signposted, and visible from the turn onto Cornhill Road. directly beside the River Clyde. Parking is very limited; there is a small layby on the east side of the road (heading north) and nothing on the other side.

There is a small information panel, but no other facility of any sort. I wouldn't call Coulter Motte an impressive site; you would be hard-pressed to spend more than 5 minutes visiting, even if you are as fanatical about historic places as I am!

Coulter is worthwhile, though, because it is so typical of the sort of Norman castle mound that began springing up all across Lowland Scotland in the 12th century. And you can see why the Normans chose this spot, for the top of the mound looks almost directly down on a loop of the River Clyde.

This must have been an important place to establish a military presence in the 12th century, even if the remains that exist today are not so impressive. 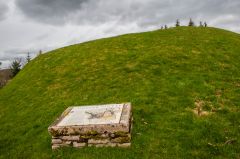 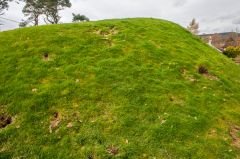 Nearby accommodation is calculated 'as the crow flies' from Coulter Motte. 'Nearest' may involve a long drive up and down glens or, if you are near the coast, may include a ferry ride! Please check the property map to make sure the location is right for you.

More self catering near Coulter Motte >>