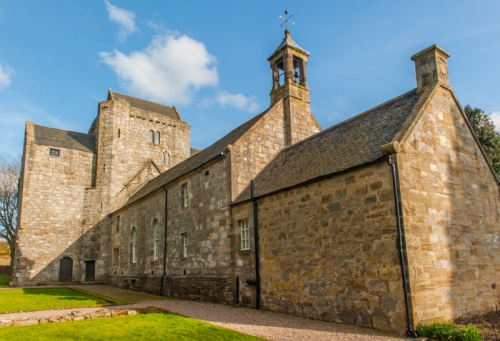 Torphichen Preceptory is the only known example of a church built by the Knights Hospitaller of St John of Jerusalem in Scotland. The Hospitallers, as they are commonly known, were a medieval order of knights, loosely contemporary with the Knights Templar. The Templars raised the ire of powerful politicians and clergy and were suppressed, but the Hospitallers survived to eventually found the St John Ambulance society.

Only the tower and transepts of the 13th century Hospitaller church survives; indeed, it is possible that the choir may never have been built. The site of the nave is now occupied by the current parish church, which gives you some idea of how large the original Preceptory must have been. Beside the Preceptory are traces of a cloister, refectory, and domestic buildings.

The interior is rather odd, as all the plaster has been stripped away, creating an atmospheric space devoid of all the usual embellishments one might expect to find in a grand church. The pews have stalls for the knights, and the two front pews still show the heraldic shields of Walter Lord Torphichen and Walter Gillon of Wallhouse.

The window tracery is superb, and there is very fine vaulting and a carved archway in the crossing. A turnpike stair rises to a suite of three domestic chambers with intact fireplaces, which now house an exhibition on the Hospitallers.

Under the balcony is a plaque to Henry Bell (1767-1820), who designed the first steam-powered ship in Europe. In the churchyard is a sanctuary stone. These stones were usually set at each major point of the compass, exactly one mile from the church. Two of the original sanctuary stones are still in their original positions relative to the Preceptory. 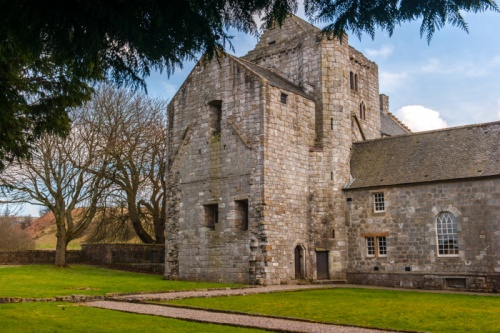 We drove right past the Preceptory because we thought it was the parish church! Well, it is, or at least part of it is in use by the church, and the churchyard is divided in half, with a burial ground on one side and the remains of the monastic cloisters on the other.

The more you examine the Preceptory the more obvious the ancient age of the site becomes. Walk around back to the east end and the changes wrought over time become clear, for here you can see where the old church joined to the tower, and how the building was extended and altered over the centuries.

We talked to a delightful pair of elderly caretakers, who told us about the history of the site and also bemoaned the fact that so few people knew about it. They said that even Historic Scotland did not really appreciate the importance of the Preceptory and did not do enough to publicise it to a wider audience.

After exploring the site for ourselves, I'd have to agree; the Torpichen Preceptory deserves to be publicised; it is an exceptional early medieval site, with a fascinating history that deserves to be much more widely known. 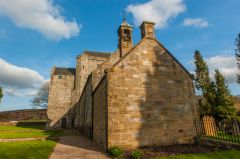 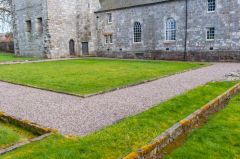 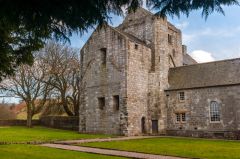 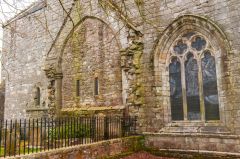 More self catering near Torphichen Preceptory >>