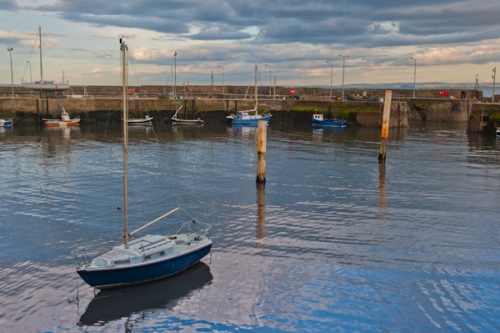 The original name of St Monans (or, as it is sometimes called, St Monance) was Inverin. The village was renamed for St Moineinn, an Irish saint whose relics were reportedly brought here by early Christian missionaries from Ireland. These missionaries established a shrine to Monans near the site of the Auld Kirk, on the western edge of the village.

In 1326 King David II visited the shrine to give thanks for surviving the wreck of his ship in the Firth of Forth. He gave funds for the establishment of a new church near the shrine; this is St Monans Auld Kirk, a striking building with a squat shape, topped by a sturdy tower.

This historic building lapsed into disrepair by the 18th century, but a major rebuilding from 1826-28 under the direction of William Burns meant that the church was saved for future generations to enjoy.

The Fife Coastal path leads past the Auld Kirk and hugs the clifftop while it leads west, past a lovely old 16th-century dovecot on the edge of the cliff. Unlike most dovecots in Fife, this is built to a beehive shape, rather than the traditional rectangle with a sloping roof. 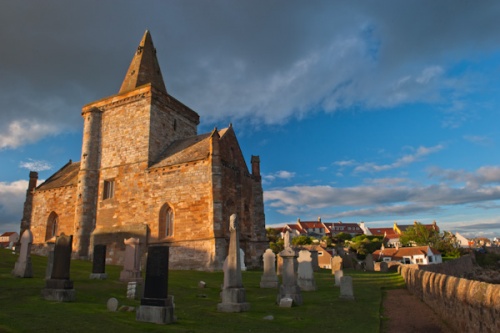 Just past the dovecot the path reaches the romantic ruin of Newark Castle (not to be confused with a castle of a similar name near Glasgow, or another in Newark-on-Trent!). Newark Castle was the home of the Abercrombies until it was purchased by General David Leslie in 1649.

Leslie, the victor over the Earl of Montrose in the Battle of Philiphaugh in 1645, became the 1st Lord Newark in 1661. He was buried in St Monans church, but during the repairs in 1828 his remains were accidentally thrown into the sea.

If you carry on past Newark Castle you come to the even more ruined relic of Ardross Castle, built in 1370 by the Dishington family.

At the other end of the village, also near the coastal path, is St Monans Windmill and Salt Pans. The windmill dates to about 1770. The mill was used to pump seawater into the salt pans, where coal fires burned off the water, leaving behind salt deposits. The salt was then shipped to market from Pittenweem harbour.

As a final note, several of the fishing cottages around St Monans harbour have been restored, and are really incredibly attractive! A short walk uphill from the harbour is the May View Hotel, a very interesting traditional hotel and bar, where you can get very good meals, including a selection of local seafood dishes. Highly recommended! 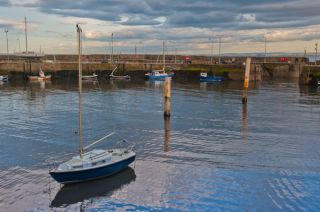 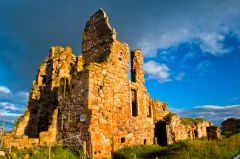 More self catering near St Monans >>