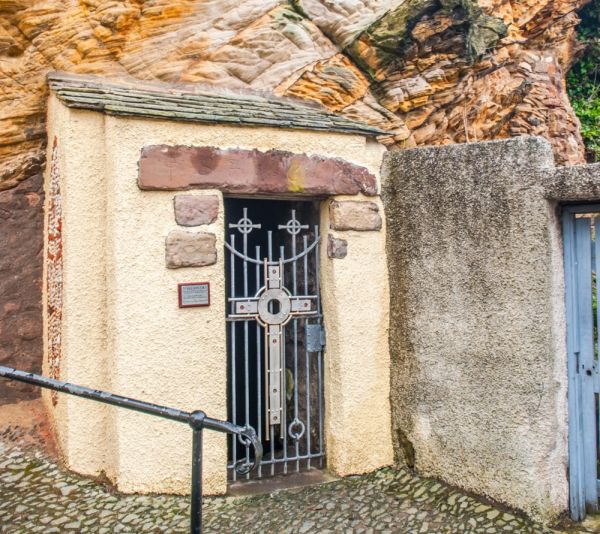 Built into a sandstone outcrop above Pittenweem harbour is a natural underground cave linked to the 7th-century missionary, St Fillan, who is said to have lived here for several years around AD 640. Inside the Y-shaped cave is a stone altar where occasional services are still held today.

The cave gives its name to the village; Pittenweem comes from the Gaelic meaning 'place of the cave'.

Fillan was an Irish missionary who was active in Fife during the early and middle 7th century. He was the son of St Kentigern, who founded a religious community beside Loch Lomond. Fillan travelled throughout Scotland, spreading the Christian message.

The most often-told tale about Fillan concerns a time when he was helping to build a church at Auchentyre. A wolf killed the ox that Fillan was using to carry building materials. Fillan convinced the wolf that it needed to mend its ways and the wolf was persuaded to take up the ox's burden and help build the church. 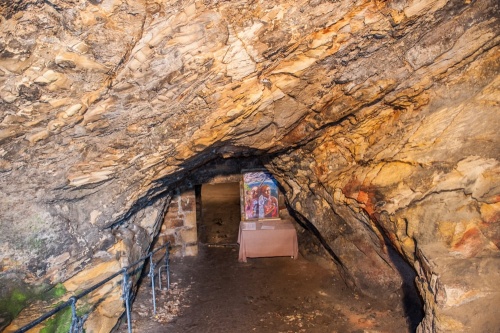 Fillan is said to have lived in the cave for several years and written his sermons by the light of his luminous left arm. It must have been a very bright arm, for without modern electric lighting the cave would have been a very dark and unpleasant place. At that time the harbour did not exist and the cave could be reached directly by boat.

Fillan was revered after his death. The Abbot of Inchaffray carried Fillan's bell and staff with him at the Battle of Bannockburn and the victor of Bannockburn, Robert Bruce, later founded a priory at Pittenweem in Fillan's honour.

The cave entrance is on Cove Wynd, a picturesque lane leading down to the harbour. The entrance is through a 17th-century doorway and there is a small window cut into the rock to admit a little light. Both doorway and window are thought to have been made around 1600.

Inside the cave is a holy well dedicated to St Fillan. During the medieval period, the water was thought to have healing properties. St Fillan was considered to be the patron saint of the mentally ill, and ill patients were taken to the cave and left overnight, bound with rope. If the rope was loosened in the morning they were considered cured of their affliction. 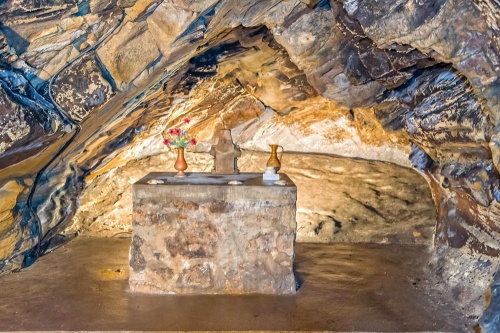 The cave is directly beside the medieval wall of Pittenweem Priory, and the monks carved a stairway and cellar into the solid rock of the cave, linking it to the Priory garden. The cave was owned by the Priory from roughly 1221 until 1560.

After the Priory was suppressed during the Reformation the cave was used as a garbage dump, a storage area for fishermen's nets, and (allegedly) a smuggler's hiding place.

In the 1930s the cave was restored and it was re-consecrated in 1935 by the Bishop of St Andrews. It was restored again in 2000 when it was opened to the public for the first time in generations. The present wrought iron gate was added at that time.

The cave is regularly open to visitors, and it was open when our family visited. The cave is in the care of St John's Episcopal Church in Pittenweem. If you find the Cave locked, ask at the Cocoa Tree chocolate shop; as of this writing, they hold a key to the cave door. 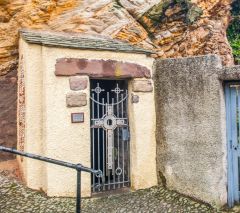 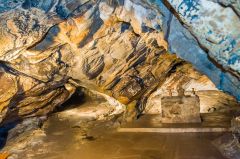 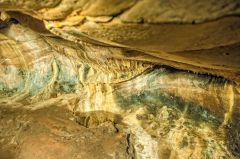 Self Catering near Pittenweem