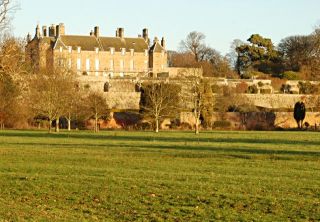 Balcaskie House
Balcaskie House is a 16th-century tower house owned by William Bruce, one of Scotland's leading architects. He laid out the formal terraced gardens and extended the tower house to crate an elegant mansion. The dining room has beautiful frescoes and family portraits.
History
The house dates to at least 1629 when it was the home of the Moncriefs of that Ilk. The 17th-century building was a simple L-plan house, standing 4 storeys high. In 1665 Bruce bought the property and set about extending the house. At around the same time, Bruce was acting as chief architect for Holyrood Palace in Edinburgh, and he would go on to design stately homes around Scotland, including Hopetoun House and his own Kinross House.

Bruce planned the rebuilding himself, extending the L-plan to create a U-shaped layout. The original tower was incorporated into the west wing. Bruce created an almost symmetrical building decorated with crow-stepped gables and corner towers built into each angle.

Bruce also laid out the garden to the south of the house, aligned with Bass Rock in the distance. Bruce was inspired by the Baroque gardens popularised in France to create an elegant formal layout. The gardens, like the house, were updated in the 18th century and gained formal parterres in the 1840s.

No sooner did Bruce finish his new house than he sold it, to Sir Thomas Steuart. Bruce then moved to his new home at Kinross House, on Loch Leven. Steuart himself only owned Balkaskie for 8 years before selling it in 1698 to Sir Robert Anstruther. Sir Robert;s descendant Philip Anstruther added wings and pavilions in the mid 18th century. The house was renovated in the 19th century and gained Scottish Baronial touches in 1856 to create the house we see today.

Balkaskie is the seat of the Chief of the Name and Arms of Clan Anstruther. The house is rarely open, but the gardens are regularly open as part of the Scottish Garden Scheme.

More self catering near Balcaskie House >> 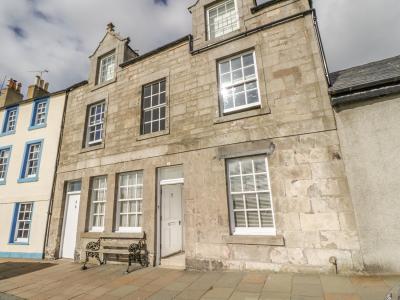 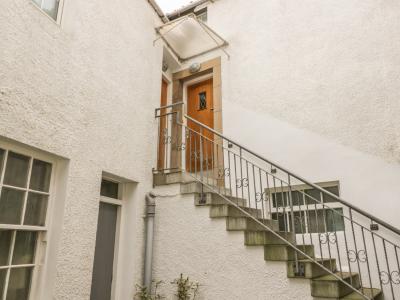 A converted hayloft, set over the first and second floors, in the fishing village of Pittenweem in Fife, with one twin bedroom and a double sofa bed accommodating up to …
Sleeps 4