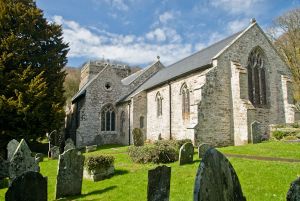 Nevern, St Brynach Church & Cross
Nevern's attractive church is named after St Brynach of Pembrokeshire who founded a place of worship here in the 5th century. In the churchyard stands one of the finest Celtic crosses in Britain, dating to the 10th century.

Around the year 540 AD St Brynach built a chapel in the lovely Afon Nevern valley. Brynach was born in Ireland but settled in Pembrokeshire, where he met St David.

A local chief named Clether gave Brynach land in Nevern, and he founded a small chapel here. Clether inhabited the hillfort of Carn Ingli, 2 miles away. The saint is said to have regularly walked to Carn Ingli to converse with the angels.

The only surviving features of the 6th-century chapel are several carved stones. One of these is the Vitialanus stone, near the church porch. The curious stone stands 5 feet high and is carved with the Latin words 'VITALIANI EMERETO'. Vitalianus has been, somewhat controversially, identified with Vortimer, the son of King Vortigern.

Another is the Maglocunus stone, which is set into a window sill in the church nave. Both these stones show a mix of Latin script and 5th century Irish Ogham carvings. Also set into a window sill is a small interlaced Latin cross in low relief, in a style which suggests a 10th-century date. Both the interior stones were discovered in 1906, built into a small chamber over the transept, known as the Priest's Chamber.

St Brynach's original chapel was rebuilt by the Norman lords of Kemmes and again in 1819. The nave and chancel are probably 15th century, with transeptal chapels to either side. The tower was added in the 16th century. 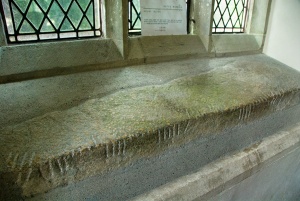 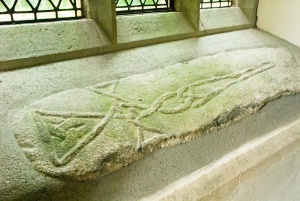 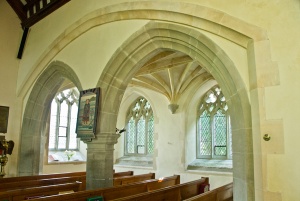 Though not as old as the Vitialanus and Maglocunus stones, the most impressive historical feature at Nevern is the great 10th-century cross standing in the churchyard, sometimes known as the Great Cross of St Brynach. The Nevern Cross stands 13 feet high, and is among the finest carved crosses in Wales, if not all of Britain. The cross is carved with intricate knotwork, ringwork, Greek swastikas, and geometric patterns.

The cross is made from local dolerite stone, in 2 pieces, with a wheel-head cross joined to a shaft with a mortise and tenon joint. The shaft tapers towards the top and has a stepped base. On the front of the shaft is inscribed the Latin letters H/AN/.EH, the meaning of which is unclear. On the reverse are the letters DNS, probably an abbreviation for the Latin Dominus, or Lord.

A local tradition clings to the cross; every year on 7 April, the feast day of St Brynach, the villagers would gather at the cross, and wait until the first cuckoo of the year would arrive back from Africa, land atop the cross, and sing to announce the coming of spring. 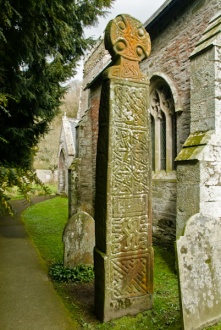 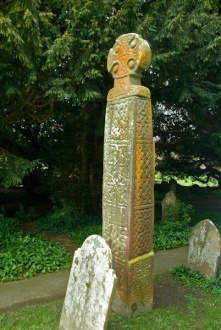 A side view of the cross 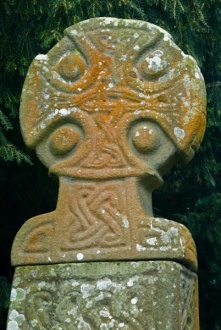 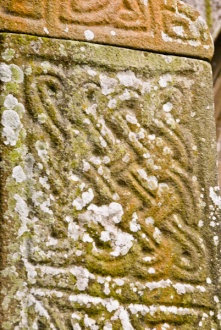 Interlace pattern on the shaft 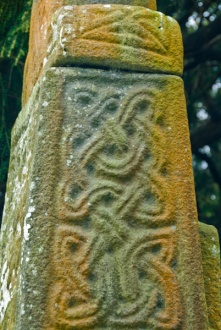 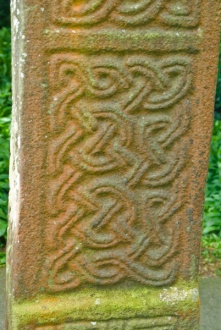 Intricate carving on the shaft

Aside from the famous cross, the churchyard contains ancient yews lining the path. One is known as 'The Bleeding Yew', for the dark red resin that drips from a wound on the trunk. A legend associated with the Bleeding Yew says that a monk was hanged from the tree for a crime he did not commit. With his final breath, the monk vowed that the tree would bleed for eternity as a reminder of his innocence. Another tale says that the tree will bleed until the castle on the hill (Nevern Castle) is occupied once more by a Welshman.

A short walk uphill from the church leads you to the remains of Nevern Castle, a motte and bailey fortification begun by the Welsh but captured and rebuilt by the Norman lord Robert FitzMartin in the early 12th century.

The castle is interesting, but there is another sacred site in Nevern that deserves special mention. Nevern was on the pilgrimage route from Holywell to St. David's, and pilgrims would stop and rest here by the River Nyfer, and say prayers before continuing their journey. You can see a pilgrim's cross carved into an exposed rock face, and under that is a small stone carved with an incised cross symbol. 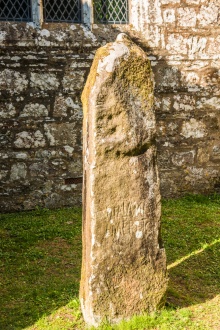 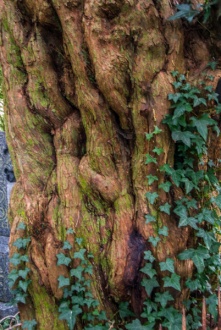 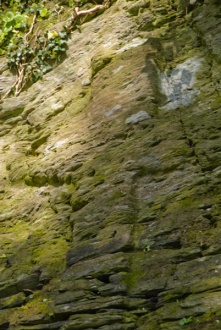 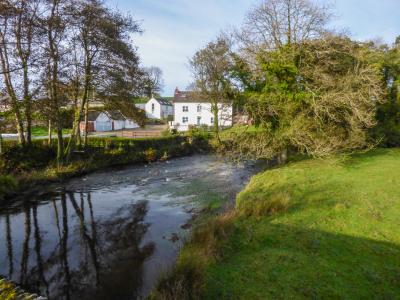 A detached cottage based near the town of Newport in Pembrokeshire, it can sleep two people in one bedroom.
Sleeps 2 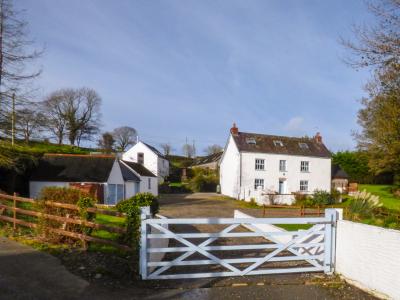 A three storey barn conversion located near the village of Nevern in Pembrokeshire, it can sleep ten people in five bedrooms.
Sleeps 12