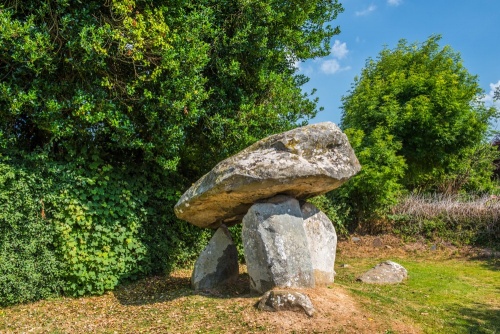 Carreg Coetan is a Neolithic dolmen composed of four upright stones topped by a very large capstone. Only two of the upright stones actually support the capstone, which might seem precariously perched until you consider that it has stood this way for thousands of years!

The capstone is supposedly a replica of the summit of Carn Ingli, a peak in the nearby Preseli Hills (some imagination is required!). Excavations of the site have turned up remains of Grooved ware, Beaker ware, and cremated bones.

The CADW information panel doesn't tell us much about the history of the site. It reads, 'These stones are all that survive of a chambered tomb where the remains of important people were placed around six thousand years ago. Excavations have revealed cremated bone, fragments of urns and pieces of pottery'.

Access is very easy, and the site is within an easy walk of central Newport. The dolmen is signposted off the A487 (East Street) at the eastern edge of Newport. Turn off the A487 onto Feidr Pen-y-Bont and park along the road verge. Follow the brown tourist sign onto the Carreg Coetan cul-de-sac, and you will see the dolmen to the right at the turn in the road.

If you are walking from the market place in the centre of Newport turn right onto Bridge Street, and follow the road as it turns into East Street. Turn left onto Feidr Pen-y-Bont and then left onto the Carreg Coetan cul-de-sac. The dolmen will be ahead on your right.

Note
Do not confuse this monument with the burial chamber of Coetan Arthur on St David's Head in Pembrokeshire. 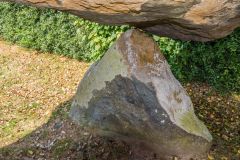 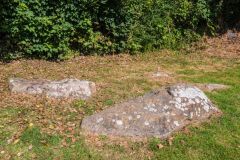 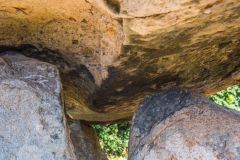 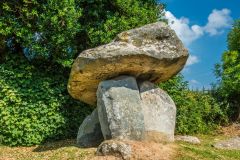 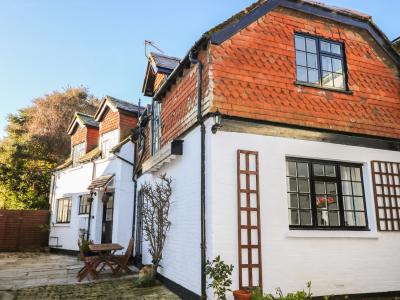 This cottage is located in the village of Newport near Cowes, and can sleep five people in three bedrooms.
Sleeps 5 This charming cottage rests in Newport, Isle of Wight and can sleep seven people in four bedrooms.
Sleeps 7