Newport Castle from Castle Street
The castle and the surrounding borough of Newport were founded around 1135 by Robert FitzMartin, the Anglo-Norman Lord of Cemmaes. The first castle at Newport was an earthwork fortification topped b a timber palisade. Access to the sea made it easy to for the FitzMartins to supply Newport Castle from England.

In the late 12th century the FitzMartin's shifted their focus to nearby Nevern Castle, but in 1191 William FitzMartin sailed with Richard the Lionheart on the Third Crusade. His father-in-law Rhys ap Gruffudd (Lord Rhys) took advantage of FitzMartin's absence to seize Nevern Castle, so once again the family focus shifted to Newport (also known as Trefdraeth).

The castle was rebuilt in stone in the early 13th century. The castle was captured by Llywelyn ap Iorwerth (Llywelyn the Great) in 1215, but the Normans quickly recaptured it. In 1257 Llywelyn ap Gruffudd (Llywelyn the Last) briefly more captured Newport for the Welsh. The last FitzMartin owner died in 1324 and the castle passed to Lord Audley, who rebuilt the fortifications. 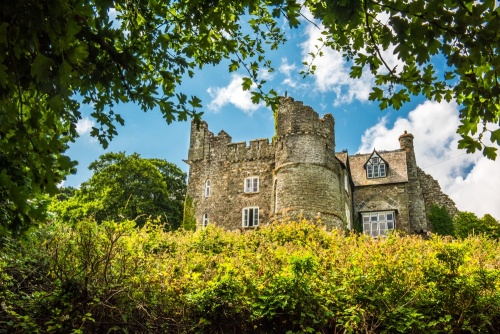 The castle was attacked once more in the early 15th century by Owain Glyndwr. In 1497 Henry VII had Lord Audley executed for high treason and took the castle into Crown control. The castle reverted to Audley's son in 1534, but he sold the property in 1543 to a wealthy lawyer named William Owen.

The castle passed through private hands numerous times over the following centuries until it was purchased by the Lloyd family. Sir Thomas Lloyd pulled down one of the medieval towers to build a three-storey home in Gothic style.

The remains date mostly from the 13th century and consist of towers, a gatehouse, crypt, and dungeon. There is a roughly circular ringwork enclosing the site, about 50 metres in diameter, with a wide moat.

Newport Castle is a private residence, so you have to be content with viewing the remains from surrounding streets. You can get a wonderful view up Castle Street at the top of Market Street. If you take the footpath from Castle Street it will lead you to Feidr Felin where you can get a closer view, though depending on the time of year the view may be partly obscured by foliage.

Note: There are two Newport Castles, one here in Pembrokeshire, and another at Newport, Gwent. 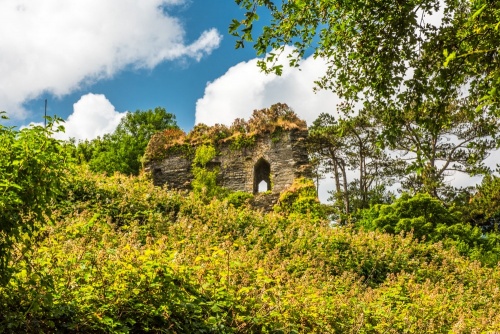 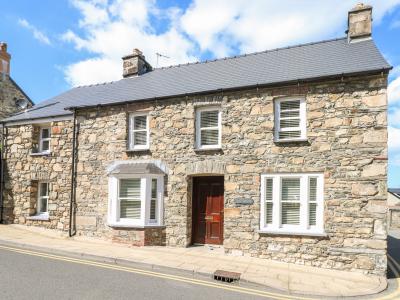 This detached cottage rests in Newport, Wales and can sleep twelve people in five bedrooms.
Sleeps 12 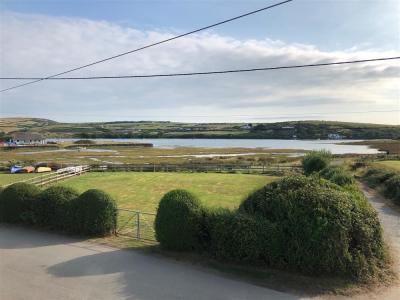