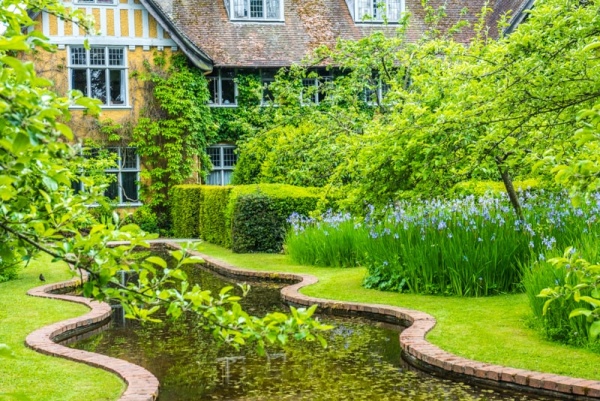 The Telegraph newspaper called Bryan's Ground 'an Edwardian Idyll'; high praise for this delightful small garden, begun in 1913 around a picture-perfect Edwardian house near the Welsh border.

The garden is very much in the style of Gertrude Jekyll and Edwin Lutyens, with separate garden rooms creating a constantly changing horticultural experience. The garden was the brainchild of David Wheeler, who publishes the gardening journal Hortus.

The garden itself began in 1993 when Wheeler and his partner Simon Dorrell purchased the Arts and Crafts house here and began laying out a period garden in keeping with the early 20th century ambience of the site. The house was built in 19122 and was owned by a pair of sisters called Holt, whose uncle helped found the Fabian Society. George Bernard Shaw was among those who came to Bryan's Ground to help the Fabian cause, but Shaw would not recognise the gardens today for they have been transformed out of all recognition. 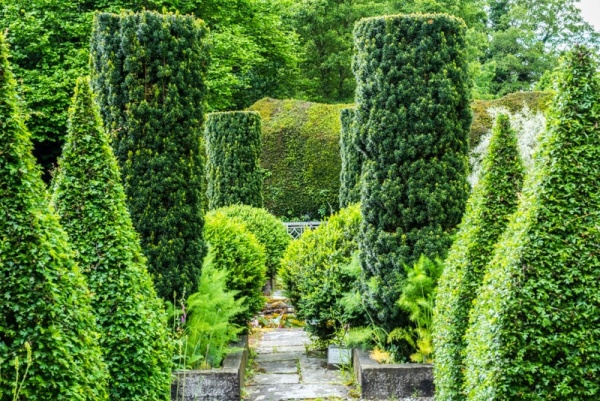 Topiary in the Sunk Garden

There are 20 unique garden rooms, lush with topiary hedges and sculpted shapes, and full of luxurious colour. The garden is planted to create warm colours in summer, with a focus on orange. There is a Sunk Garden to the south of the house, with Irish yew and boxwood domes, contrasting with tulips and pansies set around a small pool. There is a Lime Walk, with more orange tulips and vivid azaleas.

A new area is Cricket wood, once the village cricket pitch, and now a 5-acre arboretum with pleasant walks. This area is especially colourful in autumn when the maples are at their best. Beside the garden runs the River Lugg, the border with Wales.

Another highlight is the Sulking House; a Gothic pavilion with purple flowering plants such as purple asters and oriental poppies. There is a Dutch garden centred on a canal pool, watched over by pear trees. Everywhere you look, formality and wild nature live side by side, creating a constantly fascinating experience for visitors.

BBC Gardens Illustrated called it an 'idyllic, quintessentially English garden'. I'll go one better and say that Bryan's Ground is one of the most enjoyable small gardens in Britain, a delight for the senses and an absolute delight to explore.

Bryan's Ground is open on specific days from spring through summer, and there is an entrance fee. It is best to check for current opening days and times before making travel plans.

From Presteigne take Broad Street and cross the River Lugg into Herefordshire, heading towards Stapleton. The road here becomes Ford Street. Turn right at the first junction (signposted Kinsham) and follow the road for almost 1 mile. You will come to Bryan's Ground on your right. 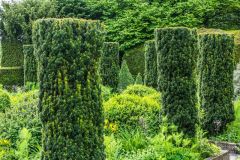 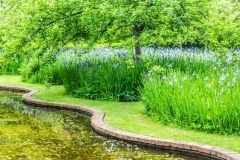 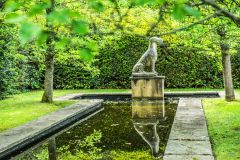 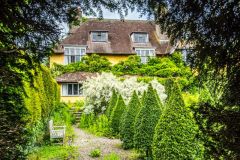 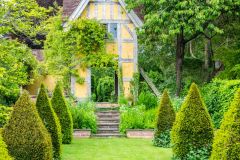 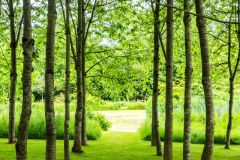 More self catering near Bryan's Ground >>