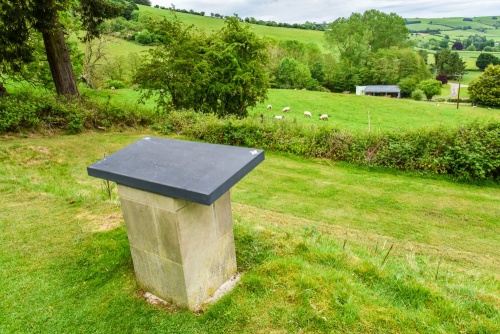 On 22 June 1402 the Welsh rebel Owain Glyndwr and his followers met an English army led by Sir Edmund Mortimer at Pilleth, near the border town of Presteigne. The English forces outnumbered the Welsh but the result of the battle was an overwhelming Welsh victory.

In the year 1400, a pair of neighbouring landowners on the Welsh Marches let a squabble over land ownership escalate into a full-fledged rebellion. The squabble began when Reginald Grey, 3rd Baron Grey of Ruthin, seized lands belonging to Owain Glyndwr and reinforced his claim with trumped-up charges of treason against the Welshman.

Glyndwr struck back, sacking Ruthin and putting Grey's English supporters to the sword. Disaffected Welsh flocked to Glyndwr's support, and with startling speed what had begun as a personal conflict between two landowners became an all-out Welsh rebellion against English rule.

For more information see our an in-depth account of Glyndwr's Rebellion.

Sir Edmund Mortimer was himself one of the most powerful landowners in the Welsh Marches, and his estates suffered at the hands of Glyndwr's supporters. He had a vested interest in bringing the conflict to a swift end. He gathered some 2,000 men to meet Glyndwr, who commanded roughly 1,500 soldiers.

Most of Mortimer's soldiers were simply his tenants and supporters drawn from his lands on both sides of the border. Thus, his army also included Welshmen armed with their weapon of choice, the longbow.

Though his force was smaller, Glyndwr decided to divide his army. It was a risky move, but it paid off. He placed his own archers, armed with longbows, on the slopes of Bryn Glas. He hid the remainder of his men in the valley to one side of the hill, where the thick foliage obscured them from view.

Mortimer's men, themselves armed with longbows, advanced up the hill towards the Welsh archers. The sloping ground gave the Welsh the advantage, and when the concealed Welsh burst from cover and attacked Mortimer's flank the battle swung in Glyndwr's favour.

The decisive moment came when the Welsh archers fighting with Mortimer changed sides and began shooting at the English. It is unclear whether their defection had been arranged before the battle or if it was simply a case of the men seeing how the battle was going and choosing the winning side. In either event, the defection proved pivotal, as the English were now attacked from in front, from the side, and from within their own ranks.

The English were heavily defeated, losing some 800 men to about 200 Welsh dead and wounded. 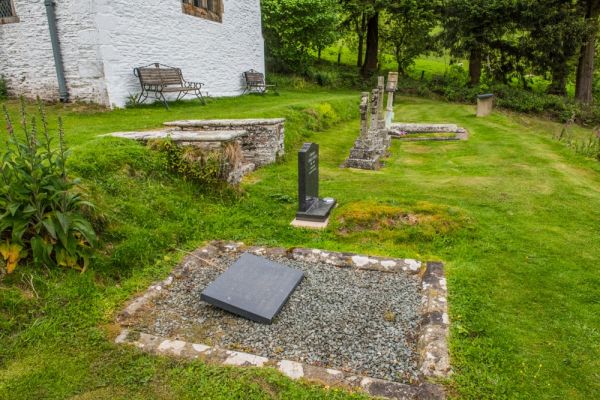 The story now takes a grotesque turn, for traditional history says that Welsh women camp followers mutilated the English dead in revenge for English acts of brutality during Henry IV's wars against them. Modern historians have cast doubt upon the story, suggesting that the tale was spread by the English Parliament to prove that the Welsh were savages. It does seem clear that the English dead lay unburied after the battle.

Sir Edmund Mortimer was captured in the battle. Glyndwr had him confined in Dolbadarn Castle near Llanberis and demanded a ransom of the English king. Henry IV refused the ransom demands as he simply had no money to pay them.

Mortimer was furious at being left to his fate and renounced his fealty to the king. He threw his support behind his nephew Edmund de Mortimer, 5th Earl of March, who, it could be argued, had a much better claim to the English throne than Henry. Not only did Mortimer rebel, but he also married Glyndwr's daughter Catrin, cementing an alliance between the former foes.

Mortimer's rebellion failed, and Glyndwr's revolt ultimately dwindled away, but for a brief time in the aftermath of the Battle of Pilleth it seemed as if the Welsh bid for independence might succeed. 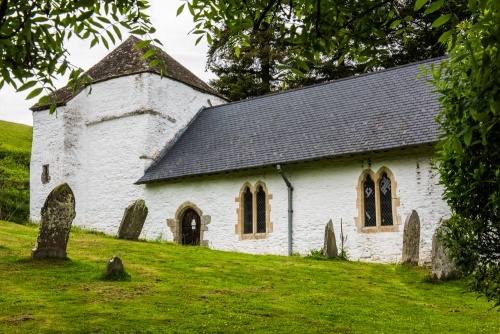 The Battlefield site is spread out below the medieval church of St Mary at Pilleth, just off the B4356 about 3 miles west of Presteigne. A brown tourist sign marks the turnoff.

Follow the unpaved lane to Pillith church where there is a small parking area. There is a useful information panel and a useful panorama showing where the armies were arrayed and how the battle developed. The actual battlefield is on private farmland, but the Pilleth Church viewpoint gives a very good look at the site. A track leads from the churchyard up the steep slopes of Bryn Glas.

In the churchyard is a mass grave of English dead, and bones are regularly turned up around the churchyard and on the slopes above the church. A stand of Wellingtonia trees marks the site of the mass grave. A modern slate stone in the churchyard commemorates the fallen, with an inscription in English and Welsh reading 'May all who fell in the Battle of Pilleth 1402 Rest in Peace'.

Do take the time to explore Pilleth Church. The church was standing long before the battle was fought. It probably dates to the Celtic period as evidenced by a holy well outside the north wall. Inside the church is an informal exhibition about the battle and a small display of weapons found on the battlefield, including a pike blade.

This is a very sobering site; the combination of the ancient church and holy well, and the battlefield viewpoint creates a very poignant and moving visiting experience.

The Agent's House Bed And Breakfast - 13 miles
Hereford, Herefordshire
From: £70.00