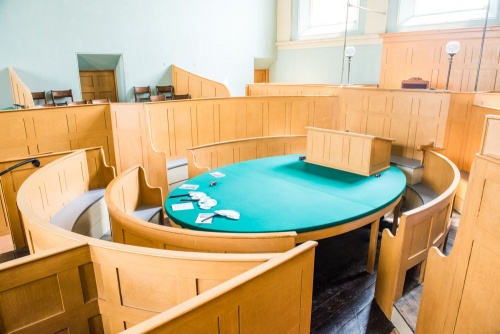 The restored Victorian courtroom in the Judge's Lodgings

The Judge's Lodging is fascinating historic building set in the pretty Welsh border town of Presteigne. The house was once the Shire Hall for Radnorshire, housing apartments for judges and courtrooms where Quarter Sessions were held.

In a roundabout way, the Lodging owes its existence to a murder. In the early 16th century, the town of Rhayader acted as the site for a Court of King's Great Sessions (the Assizes) for the county of Radnorshire. In the 1530s a judge was murdered in Rhayader, and the town was deemed unsafe for such important people as the king's judges. The Sessions court was moved to Presteigne, and for the next 400 years Presteigne was the centre for legal proceedings in the county.

Judges met for Great Sessions when major cases were heard, and for Quarter Sessions, to try minor offences and carry out administrative duties. The judges had responsibilities similar to today's County Councils.

To carry out these legal duties Presteigne needed three things; a gaol, a lodging for judges, and a Shire Hall where trials could be held. By the early 1830s, these three buildings were in dire condition. The Shire Hall had to be propped up so it didn't collapse, the judges were housed and the judges had to be lodged at the other end of town. as for the gaol, it was in such poor condition that more prisoners escaped than were successfully confined.

The old gaol was torn down and a new one built. Then from 1825 a combined Shire Hall and judge's lodgings were erected. This combined legal building opened in 1829 and the first Quarter Sessions were opened on 24 August in that year. 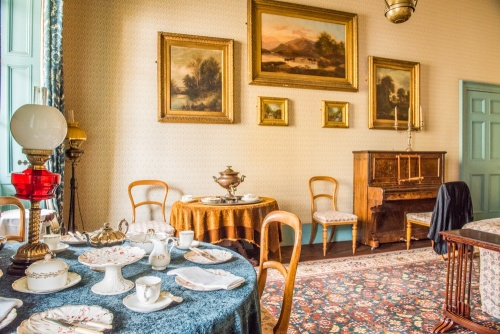 The cases heard by the Quarter Session make for fascinating reading. One case involved two labourers from Rhayader who both claimed ownership of a pair of underpants. Radnorshire juries gained a reputation for leniency; the county was so small that many jury members would have personally known the accused. In one famous instance from 1834 one of the jurors was the prisoner's brother-in-law, and the jury had to flip a coin to come to a verdict.

Since the judge's lodgings were used only when the court was in session, they sat empty the rest of the year. That seemed a great waste, so the rooms were rented out at other times. The lodgings were used to hold temperance lectures, fancy dress balls, concerts, and as the Officer's Mess for the Radnorshire Militia.

Though the official county seat moved to Llandrindod Wells in 1888, Presteigne continued as the legal centre for Radnorshire, and cases continued to be heard here until 1970. With the Shire Hall no longer in regular use, the building began to decay until it was rescued and restored to act as a combination museum and heritage centre. The building was restored to how it was in the Victorian period, including atmospheric gas lighting, real fires, candles, and oil lamps.

The gaslighting is fascinating. Gas was first used here in 1860, but not, as you might expect, for the judge's rooms, but for the servant's quarters in the basement. Since the gas technology was new, it was decided to 'see how the thing worked first before incurring further expense'. In other words, let the servants be guinea pigs. Gaslighting was eventually installed in the courtroom but was still considered not elegant enough for the judge's lodgings. The judges stuck with traditional oil lamps and candles.

A fascinating audio tour lets you hear the story of the people who lived and worked in the Lodgings. You are 'escorted' around the building by a maid named Mary, and by Richard Lister, Chairman of the Magistrates. Local residents were used for servant's voices, providing authentic Radnorshire accents.

In the dark and dismal gaol cells you hear the voice of William Morgan, a real-life character accused of stealing ducks from a farm near Knighton. You then climb the stairs from the gaol cells to the courtroom, to hear how the trial was conducted, testimony heard, and witnesses questioned. It is a fascinating glimpse into the Victorian legal system in a small country town.

The building also houses a history of the Radnor Borders region and the Tourist Information Centre. There is a small exhibition area with historic items relating to the Shire Hall. One of the most interesting items is an early 19th century Radnorshire Jury Box, thought to be the oldest example of a jury selection box in Europe.

The Judge's Lodging is absolutely fascinating; a wonderful historic building offering a glimpse into 19th century domestic life and the legal system.

There is limited on-street parking outside the Judge's Lodging, but there is a paid parking lot just a few minutes walk away on Hereford Street. 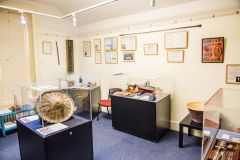 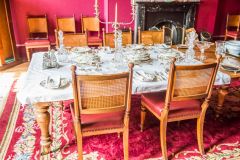 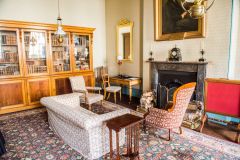 More self catering near Judge's Lodging 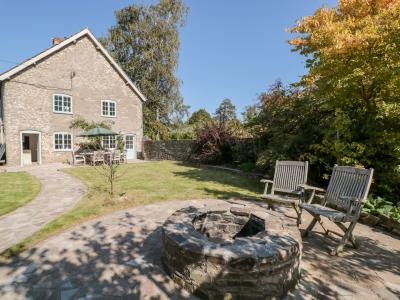 This charming, former carriage house rests on the outskirts of Presteigne and can sleep six people in three bedrooms.
Sleeps 6 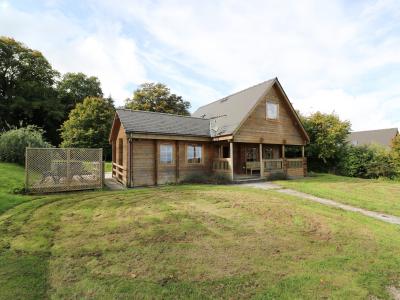 This wonderful lodge rests in Beggar's Bush near Presteigne, Wales and can sleep eight people in four bedrooms.
Sleeps 8