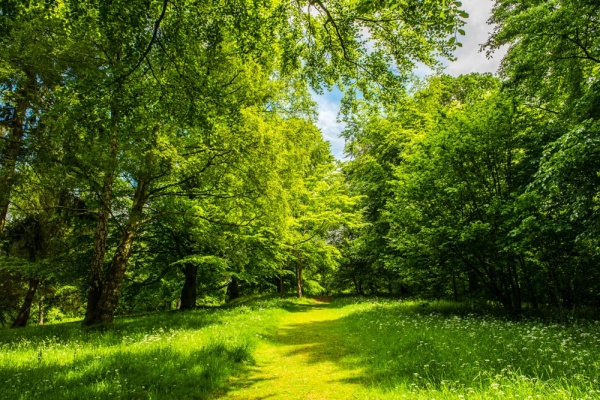 On the northern edge of Presteigne stands a fascinating public park based around a 12th-century motte and bailey castle.

The origins of The Warden Castle are unclear. It was traditionally thought that the castle was built between 1180-1200, as a counterpart to the castle built by the de Say family at nearby Stapleton on the other side of the River Lugg. A more recent investigation, however, suggests that the castle was begun much earlier, in the middle of the 11th century, possibly before the Norman invasion of 1066.

The Warden stands atop a rocky promontory giving excellent views over the Lugg. It consisted of a high mound, or motte, with a wooden keep on top. Extending from the motte was a bailey, or earthwork enclosure protected by a timber palisade atop the earth bank. Unlike most early motte and bailey castles, The Warden was never rebuilt in stone.

The motte enclosure is extremely large, measuring roughly 43m x 21m, with a clear scarp along the south side and a rectilinear enclosure measuring 49m x 37m on the east. 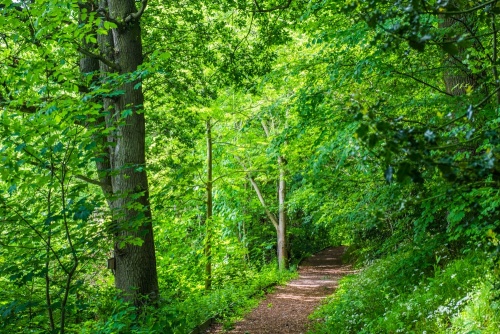 The wooded trail below the motte

At the time of the Domesday Book in 1086, the area was in control of the Lords of Richard's Castle so it could have been built under their command. In 1139 the area passed to Adam Port of Kington. The Port family was banished in 1172 and the estate was purchased by William Braose III. Braose rebelled against King John in 1208, and the land was sold to Thomas Fraxino, but Braose was pardoned in 1218 and the lands returned to him.

When Braose died heirless in 1230 Ralph Mortimer was appointed as co-custodian. Mortimer lost no time in marrying his son Roger to Maud Braose, heiress to the family estates, thus bringing Presteigne into Mortimer hands. The Fraxinos stayed on as tenants until 1262 when Llywelyn ap Gruffydd destroyed the castle in an attack, and it was never rebuilt.

The castle site eventually passed to the Harley family, and in the 18th century, they transformed the castle site into a public pleasure ground, decorated with flower beds and a bowling green laid out where the former bailey once stood.

The pleasure grounds were like a public park; a place to stroll through a natural setting and enjoy recreational activities in a picturesque setting. The park was laid out with a variety of trees, colourful shrubs and bushes. It was very much a public space, and special events like wakes were held at The Warden.

In 1805 the 5th Earl of Oxford gave The Warden to the town of Presteigne. The site was allowed to lapse into decay after WWII, but in 2003 it was reclaimed due to the efforts of a team of local people. 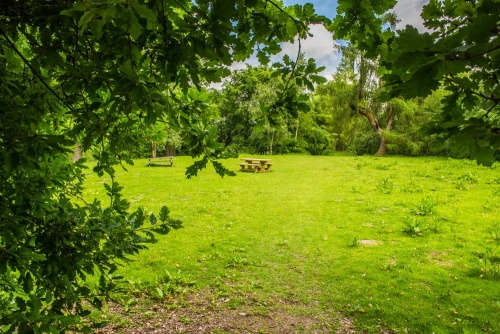 The bailey, used as an 18th-century bowling green

It is now used as a public green space, with picnic tables for families and trails for dog walkers. The Warden is now operated by a local volunteer community group in conjunction with the Radnor Wildlife Trust, Powys County Council, and the Countryside Council for Wales. A neighbouring meadow was purchased in 2013 to create a hibernaculum (a wintering place) for invertebrate animals and as a picnic area for visitors.

Rather than thinking of The Warden as a castle, it is more accurate to think of it as a mixture of a castle and 18th-century garden in picturesque style. The Warden is well worth seeing in May when the bluebells are at their colourful best. 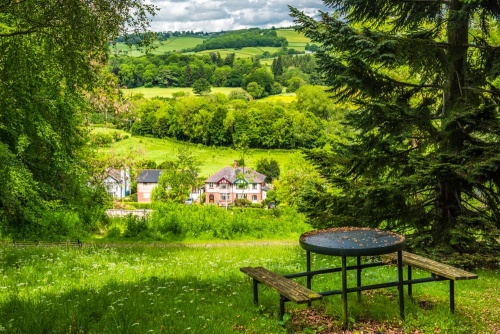 A picnic table on the north slope of the castle

There are two public access points into The Warden. Both are on Warden Road, just off the B4355 on the western edge of Presteigne. The easiest access is the Main Gate, just past the junction of Warden Road and Castle Road, just a few steps from the B4355. The other access point is the Road Gate, several hundred yards along Warden Road. It is extremely simple to reach The Warden on foot from the centre of Presteigne.

You can follow the upper trail either left or right; both directions will join up to a trail that leads directly through the centre of the castle motte and the outer bailey. 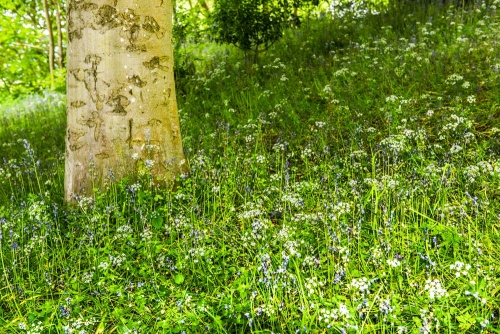 More self catering near Presteigne Castle (The Warden Castle)

More bed and breakfasts near Presteigne Castle (The Warden Castle)