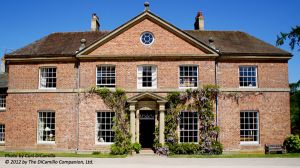 A beautifully restored 18th century brick house is set in 9 acres of Edwardian gardens featuring rare plants brought from Bhutan. Surrounding the house and formal gardens is attractive parkland laid out in the 18th century.

In 1773 William Mostyn asked architect Robert Mylne to design a simple house in brick, with a neo-classical portico and entrance facade. The result is a quietly elegant house standing 2 storeys high beneath a hipped tile roof.

A fire in 1793 damaged the house, which was partially rebuilt in 1813. Since then the Hall has remained relatively unchanged, save for the addition of a servant's block and kitchens in the Edwardian period. The interior rooms on the east side boast their original Mylne interiors. At the centre of the house is an open-well staircase lit by an octagonal lantern from above. Beneath the public rooms there are 4 barrel-vaulted cellars.

The house was closed up in 1928, and for decades it slumbered on, gradually decaying. By 1987 it was practically derelict when Lady Linlithgow inherited the property. Since then the house and gardens have been rescued from the brink of destruction, and the award-winning results are wonderful to see.

The restored 9 acres of gardens are listed Grade II* for their historic interest, and include exotic plants, and mature trees and shrubs. One feature of the gardens are rhododendrons from Northern India and Bhutan by Major General Arthur Sandbach.

There are two ponds formed by damming a stream, woodland walks, and a rustic summerhouse thatched with heather. Yew hedges create separate garden areas, and large borders give colour throughout the year. Another interesting garden feature is the Poison Garden, unique in Wales. The garden is planted with poisonous plants, including ricin, hemlock, oleander, and aconitum.

The gardens are set in a larger 60 acre parkland laid out by William Emes in the late 18th century. The garden restoration was recognised by Country Life magazine, which short-listed Bryngwyn for a 'best restored landscape setting of a country house' award.

The Hall and gardens are open to group tours between 12 and 50 people. It is also open for hire for weddings, corporate events, clay pigeon shooting, and residential courses and study days.

The Hall has featured in the BBC Television series A Summer in Wales, which traced the story of the nearly derelict house inherited by Lady Linlthgow in 1987 to its transformation into the sumptuous house and garden we see today. 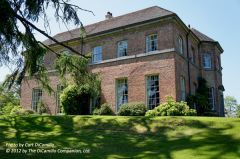 More self catering near Bryngwyn Hall >> 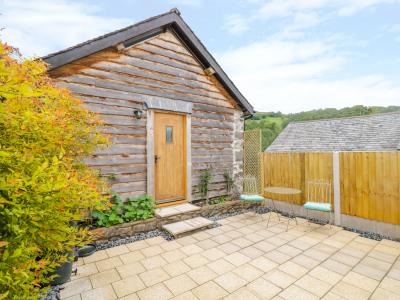 This detached barn conversion is situated in the town of Llanfyllin, in Powys, Wales, and can sleep up to three people in two bedrooms.
Sleeps 2 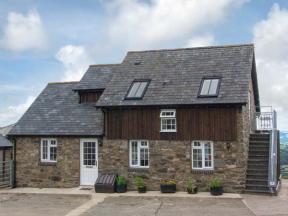 This detached, stone-built barn conversion is next to the owners’ home on a 60 acre, working sheep farm, set on the slopes of the beautiful Vyrnwy Valley, near Llanfyllin and …
Sleeps 6