Carreghoffa Castle
Traces of earthwork is all that remains of this castle with the turbulent past so typical of many Welsh castles. Carreghoffa was built about 1101 by Robert de Bellesme, but captured the following year by Henry I. Henry II extended the fortifications, and installed an English garrison. The Welsh retook the castle in 1163, only to have Henry take it back in 1165.
Oops! He lost it once more in 1187 to Owain Fychan. Owain was then slain treacherously in a night attack by his cousins Gwenwynwyn and Cadwallon. The English were back in 1194, and this time they built a stone curtain wall to improve the defences.

In 1197 the English handed the castle back to the Welsh voluntarily, in exchange for Gruffudd ap Rhys, an ally who had been taken prisoner. In 1212 Robert de Vipont rebuilt the castle, but it was finally destroyed for good in the 1230s, probably by Llewelyn ap Iorwerth.

The sizeable earthworks, which measure about 27 metres long by 13 metres wide, were probably much larger than they are now.

More self catering near Carreghoffa Castle >> 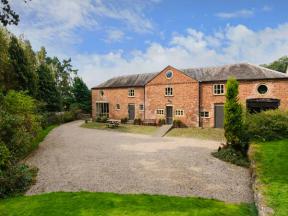 This detached, Grade II listed barn conversion is close to the village of Llanyblodwel and can sleep ten people in five bedrooms.
Sleeps 10 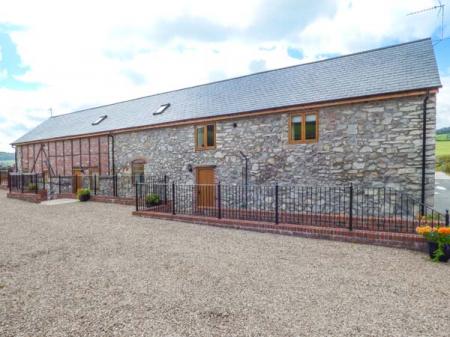 This semi-detached barn conversion is on the outskirts of the village of Llanyblodwel near to Oswestry and can sleep six people in three bedrooms.
Sleeps 6