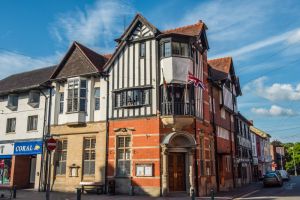 Robert Owen was a successful industrialist, but more importantly, he was a social reformer whose ideas on the ethical treatment of workers scandalised his 19th-century contemporaries. His idealistic model village at New Lanark earned him the title, "the father of socialism". Owen is buried in the churchyard of St Mary's here in his birthplace of Newtown, but his life is preserved in this fascinating museum.

Robert Owen was born in 1771, just a few steps from the museum's location on Broad Street on the site now occupied by the HSBC bank. He was apprenticed to a London draper at the tender age of 10, before becoming a mill manager in Manchester. The living and working conditions of the mill workers moved Owen to create a new vision of a more and just society.

He was able to implement some of his progressive ideas when he helped build a large cotton mill at New Lanark, Scotland. But more than a mill, Owen built a community, where workers and their families were educated, where they could buy goods at a fair price from the company shop, where working and living conditions were vastly better than contemporary mills. 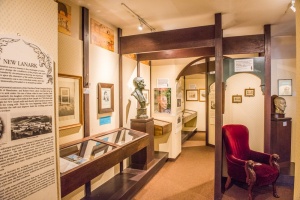 Inside the Robert Owen Museum

Throughout his life Owen tried to spread his ideals of co-operation and profit sharing. Not all his social experiments were successful in the short term, but the seeds of the ideas he planted helped change Victorian society, and are with us today in many of the social programmes and values we hold dear.

One consequence of Owen's vision was the launch of the Co-operative movement, begun by a group of followers in Rochdale in 1844.

In 1902 the Town Council building was erected in the centre of Newtown, offering a meeting room and public library. The Arts and Crafts style building - listed Grade II in its own right as a building of high heritage value - was built with the support of the Co-operative Union, in memory of Owen. The library part of the building is now home to the Robert Owen Museum, the only museum in the world to Owen and his work.

Much of the museum collection was gathered by the 1920s and has a direct connection with Owen and his life. There are a large number of portraits of Owen himself, and paintings of New Lanark. There are family mementoes, artefacts from New Lanark, and many personal belongings. There is a Book of Social Hymns, a life mask (opposite of a death mask!), coins, broadsheets, photo albums, booklets, press cuttings, and much more.

In addition, the museum holds a large collection of archives, most of which are not on display but can be used for research. Included are over 50 of Owen's personal letters.

To see a remarkable life honoured is one thing, but to see it in a place so closely associated with that life makes the museum all that much more special. I absolutely loved visiting the museum.

There is no parking on site, but there is a pay and display parking area on Back Lane, just a few minutes walk away, and the museum is well signposted from around the town.

Do take the time to visit Owen's grave, just 5 minutes walk away in the churchyard of Old St Mary's Church. 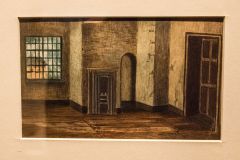 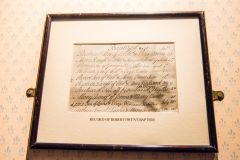 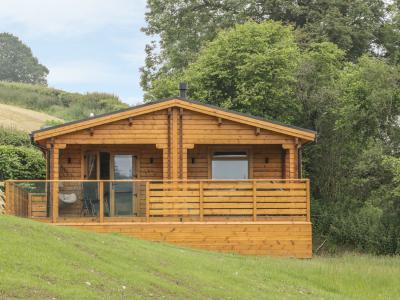 This beautifully appointed lodge is located on the fringes of Bettws Cedewain and can sleep four people in two bedrooms.
Sleeps 4 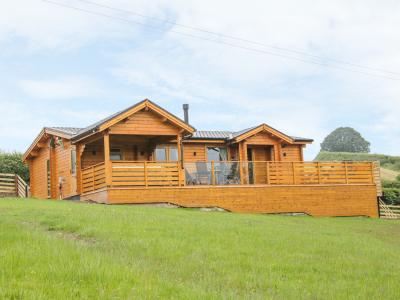 This contemporary lodge rests in the village of Newtown in Powys and can sleep up to 6 people in two bedrooms.
Sleeps 6