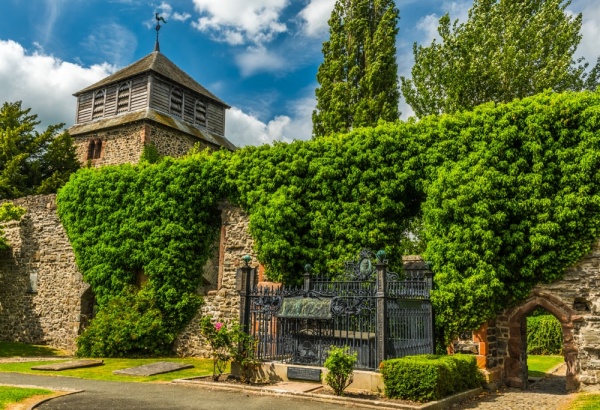 In a peaceful treed location beside the River Seven, not far from Newtown's busy High Street, stands the roofless ruin of the 13th-century former parish church of St Mary. Outside the church is the ornate grave of Robert Owen, the social reformer and founder of the Co-operative movement.

The origins of Newtown go back to 1277 when Edward I of England granted his powerful ally Roger de Mortimer the right to build a new town in territory he had seized from the Welsh leader Llewelyn the Last. Mortimer established his new town beside the River Severn, where a 12th-century chapel stood. That chapel later became a parish church in its own right and was rebuilt as the church we see today.

By the early 19th century the church's location beside the Severn was creating serious problems as the river was given to overflow its banks and cause serious flooding damage. By that time the growing population of Newtown also meant that the old church was too small for the congregation. The church was finally abandoned in 1856 and a new church dedicated to St David was erected further away from the river.

The medieval church was allowed to decay, though the 13th-century west tower, with its attractive timber bell-stage, was restored in 1939. There are two medieval doorways leading into the church interior and inside the roofless church is a medieval piscina. 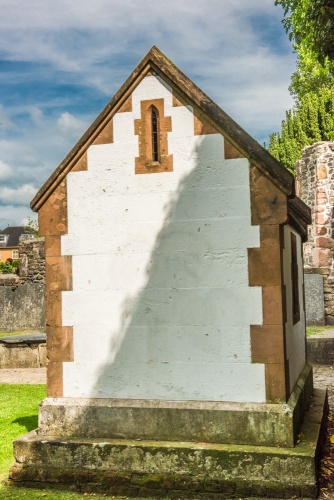 Within the church is a striking little mausoleum for the Pryce family of Newtown Hall. The mausoleum is in the form of a small house, looking rather like a child's playhouse, with a single lancet beneath each gable, a mullioned window on each side, and whitewashed walls with stone quoins. A plaque over the wooden door says 'In memory of the Pryce family, for upwards of five centuries owners and occupiers of Newtown Hall. Erected by their descendant Miss Sarah Brisco 1900-1.'

Set against the east wall of the nave is a worn memorial to three daughters of Edmund and Jane Symonds of Newtown, one who died at one year of age, another at 15, while the date of the third daughter's death is illegible.

Social reformer Robert Owen was born in Newtown, Powys, and died here at the Bear Hotel on High Street in 1858. He was buried in a simple grave in the grounds of the redundant medieval church of St Mary, a short stroll away from his birthplace and the place of his death.

The church had been abandoned due to flooding several years earlier, and the new parish church of St David's erected further away from the river. However, Owen's parents had been buried at St Mary's so he requested that his body also be buried there.

Owen knew that was very ill, and returned to Newtown, declaring that he wanted to 'lay my bones whence I derived them'. 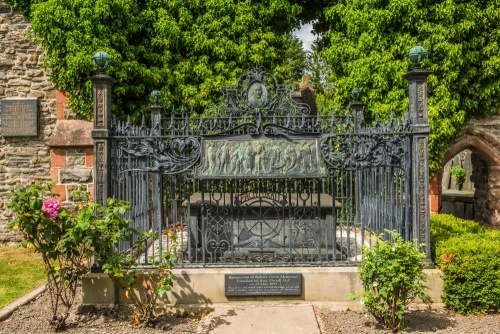 But that burial was not straightforward. Owen's social ideals were controversial and he was seen as a dangerous radical by many in authority. Many mainstream church officials considered him un-Christian and there was every possibility he would be refused burial in sacred ground. Luckily for Owen, the local rector was amenable, though there were protests against allowing the burial.

One of the mourners who attended Owen's funeral in 1858 was his friend and fellow-reformer George Jacob Holyoake. When Holyoake made a return visit to Newtown 40 years later he was dismayed to find Owen's grave neglected and decaying.

GJ Holyoake spoke eloquently at the dedication ceremony in 1902, reminding his listeners that, 'thanks to the doctrine of national environment which Owen was the first to preach - Knowledge is greater; Life is longer; Health is surer; Disease is limited; Towns are sweeter; Hours of labour are shorter; Men are stronger; Women are fairer; Children are happier'.

The Co-operative Union paid for an ornate monument in Art Nouveau style, surrounding the very simple altar tomb with an ornate cast-iron railing on a raised plinth. The centrepiece of the memorial is a striking portrait by Alfred Toft showing Owen surrounded by labourers. Above the scene is an oval medallion featuring a likeness of Owen. Below is the slogan 'Each for All', part of the Co-op motto 'Each for All and All for Each'.

The ironwork is magnificently decorated with curving foliage designs and neo-classical symbols. At each of the four corner posts is a copper globe, now turned green with the passage of time.

On the west side of the railings is an Owen quote, 'It is the one great and universal interest of the human race to be cordially united and to aid each other to the full extent of their capacities'. A similar plaque on the east side records the gratitude of the Co-operative movement and their gift of the memorial. 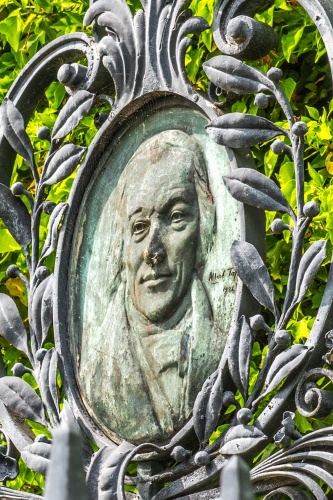 On the church wall nearby is a plaque to the Chartist leader Thomas Powell. The plaque describes Powell as a disciple of Owen who was imprisoned for his Chartist activities in 1839-1840. Like Owen, Powell was born in Newtown, though he died far from home in Trinidad.

Owen's grave is a moving place, a fitting memorial to a remarkable man whose vision helped transform society and still resonates in today's world. You can learn more about his life and work in the Robert Owen Memorial Museum on High Street, located almost exactly opposite the site of his birthplace.

Note that there is also a memorial to Robert Owen at Kensal Green Cemetery in London, though his body is buried here in Newtown.

St Mary's churchyard and Robert Owen's grave are open at any reasonable time. The churchyard is accessed via Old Church Lane at the western end of High Street and is entered through a set of gates given by the children of Robert Owen in 1858. 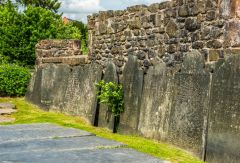 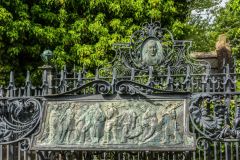 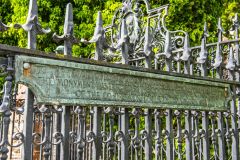 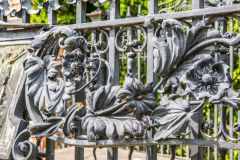 Self Catering near Newtown