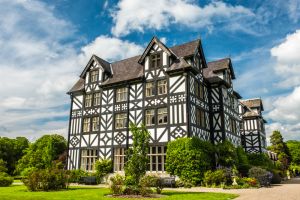 In 1936 Prime Minister Stanley Baldwin wrote 'What a country! What peace! What healing air! I am soaking up the Welsh spirit!'. He was writing of Gregynog Hall, a Victorian mansion built around a much older historic house. The house is set in glorious listed gardens and woodland.

The history of Gregynog goes back to the 12th century. From the 15th century it was home to the Blayney and the Hanbury-Tracy families. The Blayneys traced their family history to the early Welsh princes. One of the ancestors the family claimed was the mythical Caradog Fraichfras, who was, according to some accounts, a cousin and councillor of King Arthur.

In the 1840s Charles Hanbury-Tracy, 1st Baron Sudeley, rebuilt the old mansion house in mock-Tudor style. Its distinctive timber-framed look owes nothing to timber; it is concrete painted black and white to resemble a huge Montgomeryshire farmhouse. The house at Gregynog is one of the earliest large-scale users of concrete in Britain.

In 1913 the estate was broken up, leaving the mansion and its surrounding formal gardens.

In 1920 Gregynog was purchased by Margaret and Gwendoline Davies. The sisters intended to make Gregynog a centre for the arts, a place where music, crafts and fine art could flourish and help Wales emerge from the effects of WWI. Over the following decades Gregynog became a byword for music and printing.

The Davies sisters also collected a large number of French Impressionist and Post-Impressionist paintings, which are now on display in a special gallery at the National Museum of Wales in Cardiff. In 1933 the Davies sisters launched the Gregynog Music Festival, the oldest classical music festival in Wales still in operation. Perhaps their finest legacy was the Gregynog Press, later renamed Gwasg Gregynog, which produces limited edition hand-printed books with beautifully detailed wood-engraved illustrations. 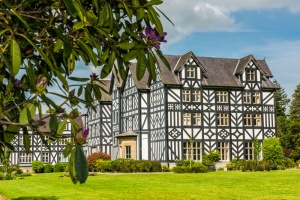 Another look at the Victorian mansion

When Margaret Davis died in 1960 she gave Gregynog to the University of Wales. Since then the Hall hosts conferences and summer schools, but the historic house is open regularly for tours. Please see the official website for dates and times of tours.

There are 750 acres of formal gardens, parkland, and woodland. Parts of the gardens date back to the 16th century, making Gregynog one of the most important historic landscapes on Wales. Near the house are formal gardens, with fountains and bridges designed in concrete, where masses of azaleas and rhododendrons flourish.

Water features abound in the Dell, with beech woodland above. North of the Hall is the Great wood, with oaks dating back 300 years. Garden highlights include a mass of daffodils in Spring, roses in summer, and lush autumn colours from specimen trees.

The grounds offer colour-coded walks, including a Lily Walk, Valley Walk, and Great Woods Walk, offering a different experience of natural areas. Some of the features you can see on the walks include the painting shed created by the Davies sisters, a birdwatching hide in Garden House Wood, and a bee apiary in the Dell. There are interpretation boards throughout the estate, giving a glimpse into the natural world you can see.

The gardens are listed Grade I for their historic importance, and the surrounding ancient woodlands are a National Nature Reserve. The Gregynog estate grounds are open daily. There is a charge for parking, but walks through the estate are free. And just between you and me, I arrived fairly late in the day to find the parking machine broken. Being a conscientious sort of fellow I found the reception office and asked how to pay for parking. The receptionist let me in for free, as it was so late.

The grounds are simply a delight to explore. I especially enjoyed the Dell garden, home to water-loving plants, and the late medieval sunken lawn below the hall.

Garden: A Grade I listed garden with its roots in the medieval period. Beech and oak woodland surround the formal gardens, with a sunken garden, water features, and fountains made of concrete. An extraordinary historic landscape surrounding a Victorian mansion. 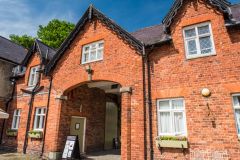 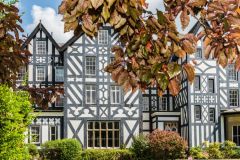 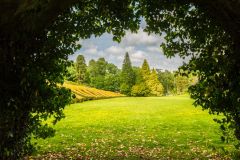 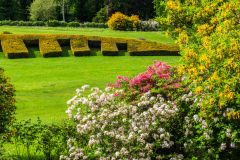 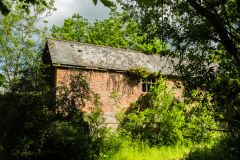 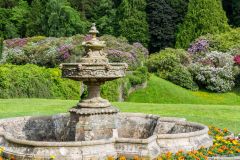 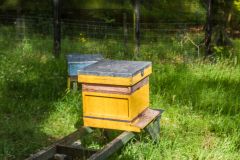 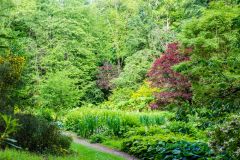