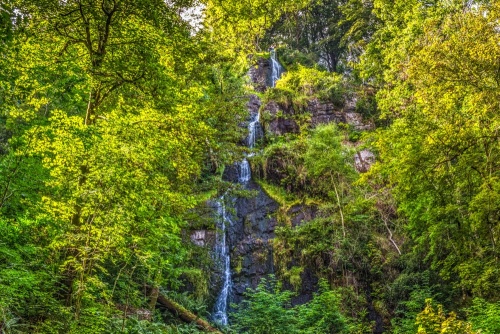 Canonteign Falls, on the eastern edge of Dartmoor near Chudleigh, is a 19th-century landscape folly on a huge scale, incorporating the highest manmade waterfall in Britain and a Victorian fernery. The waterfall is set in 90 acres (36.4 hectares) of ancient woodland, with a signposted circular trail leading through attractive woodland to a viewing platform on top of the falls.

Below the falls, the Canonteign estate levels out to include a series of small lakes bordered by an old orchard. At the base of the waterfall trail is a display of historic agricultural machinery once used on the estate.

There are actually two waterfalls at Canonteign, Lady Exmouth Falls, built for Lady Susan Exmouth in 1890, and Clampitt Falls, a natural waterfall. Clampitt Falls is named for two brothers who built a dam to act as a header pool for a water-powered sawmill on the Canonteign Estate around 1930. 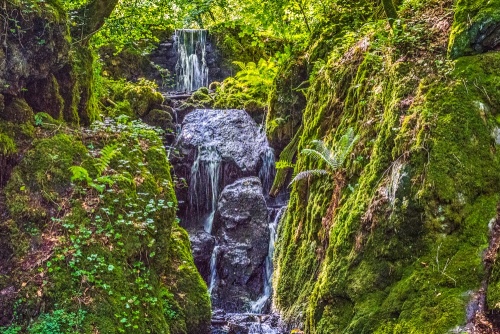 Sir Edward Pellew bought the Canonteign Estate in 1793. Pellew was a career naval officer who was knighted for his service under King George III. More honours followed in 1814 when Pellew was raised to the peerage as Lord Exmouth and two years later he was made the 1st Viscount Exmouth.

He served as the Vice Admiral of All England before retiring to become Commander-in-Chief, Plymouth from 1817 to 1821. He settled in Teignmouth and served as an MP for Barnstaple. He was made a Knight Grand Cross of the Order of the Bath in 1832.

While Sir Edward lived out his days at Teignmouth, his son and heir Pownall, 2nd Viscount Exmouth, preferred Canonteign. The Viscount and Countess became wealthy when lead, silver and gold were successfully extracted from a mine on their estate. The mine was powered by a waterwheel by way of a long leat, or channel diverting water from a natural waterfall on the estate. 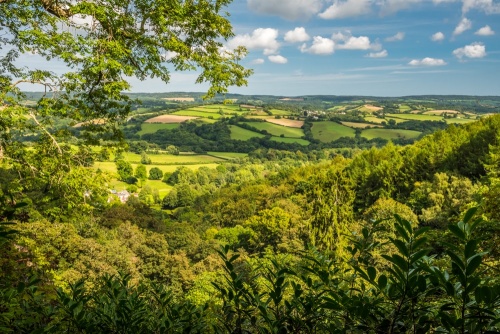 Buzzard's View, atop the waterfall

Though the mine made the Viscount and his heirs wealthy, in time the market dried up. The mine closed in 1880, putting local men out of work and causing great hardship for local families. In stepped Lady Susan Exmouth, the wife of the 3rd Viscount. She employed the out-of-work miners to divert the leat channel over a large rock formation at the top of the wooded heights overlooking the estate.

This ambitious engineering project not only created employment for local families but at the same time it created Lady Exmouth Falls, the waterfall with the highest sheer drop in Britain at over 70m (220 feet). 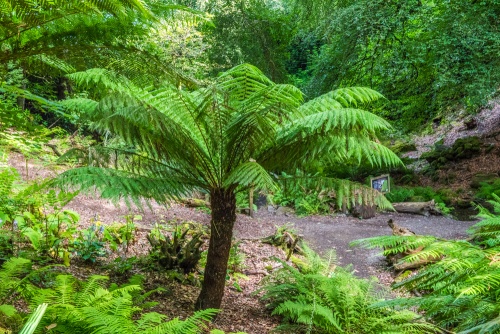 Lady Exmouth's plans included trail leading up to Buzzard's View, a viewing area above the falls, and on the way passing through a Secret Garden and a Fern Garden, or fernery. Here the former miners created raised beds in a small hanging valley. The beds were planted with a variety of exotic ferns, placed on either side of the original waterfall stream to create a lush, tropical garden surrounded by rocky outcrops.

Throughout the fernery are arranged wire sculptures depicting faeries, who, by tradition, are said to be born in ferns.

Fern Gardens were extremely popular during the Victorian period, especially in the wetter areas of the south-west. Specialist nurseries developed new varieties of ferns and imported new varieties from around the globe. The craze for ferns cut across class lines and brought together enthusiasts from many different backgrounds and social standing. 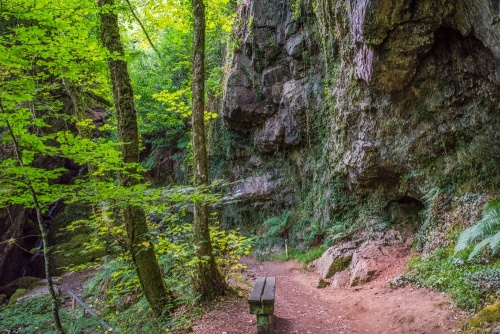 The Secret Garden and cave 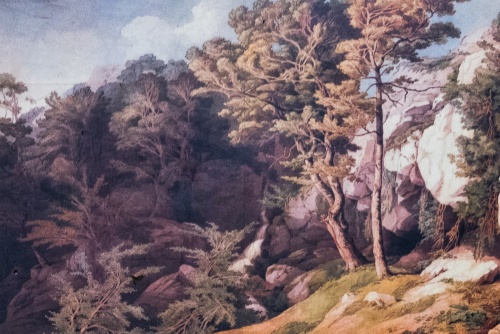 The same scene painted by John Abbot in 1804

Local enthusiasts gathered under the banner of the West of England Pteridological Society. Canonteign Falls is replanting the Fern Garden with the aid of publications put out by the Society, carefully replanting with varieties popular in Victorian times.

The Secret Garden is an enclosed space bounded by rocky outcrops on one side and the original, natural waterfall on the other. This area was popular with artists, and there is an information panel showing the same scene as painted by the artist John White Abbott in 1804. It is remarkable how little the scene depicted in Abbot's painting has changed over the last 200 years. The painting illustrates a large cave which you can clearly see, as well as the original waterfall and the outcrop over which the water now flows to form Lady Exmouth Falls.

Linking the Secret Garden and the Fern Garden are the '90 Victorian Steps', a flight of steps cut into the solid rock to make access to the Falls easier for 19th-century visitors. Those visitors did not have the reassurance of a handrail as modern visitors do, so it must have been a perilous climb, especially when the steps were wet after a rain. 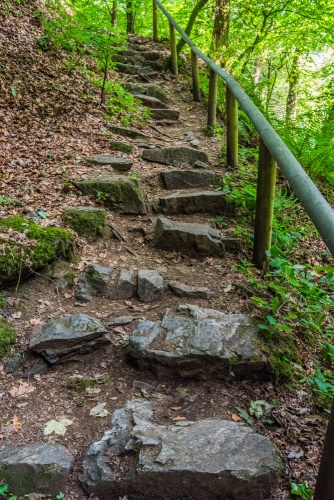 Canonteign Falls focusses very much on families. Apart from the historic waterfall and fernery thee are a variety of family activities and attractions including a zip wire, assault course, model boat sailing, a giant timber pirate ship, trampolines and a play area to enjoy.

Even if little legs don't want to tackle the climb to the top of the waterfall children will enjoy exploring the other attractions at Canonteign including nature trails, a bee garden, bug sculptures and the chance to feed the local ducks. Canonteign also runs a series of special children's activities throughout the year.

There are three different woodland wildlife walks (pick up leaflets at reception). In spring these walks lead you through forested areas bursting with colour as bluebells, primroses and wild garlic flourish. You will often see fallow deer and red deer in the woodlands.

There are seven lakes at Canonteign, where you will often spot wildfowl, otter, and even the elusive kingfisher. The surrounding meadows are carpeted with orchids and buttercups in spring and early summer.

NOTE
For safety reasons, Canonteign Falls may be forced to close during periods of high winds or heavy rain. Contact the Falls office directly for daily updates on opening conditions. 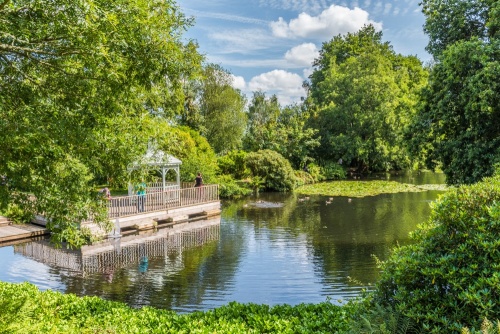 Canonteign Falls is very well signposted from surrounding roads. The easiest way to reach the Falls is to take the B3193 north from Chudleigh in the direction of Dunsford. Look for the brown tourist sign to Canonteign on your left, before you reach Christow. The Falls is a few hundred yards down this road on the left. There is a large parking area, toilets and a popular cafe and shop. 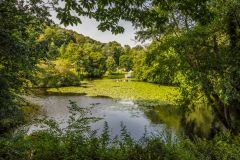 More self catering near Canonteign Falls

Self Catering near Chudleigh