HERITAGE HIGHLIGHTS:   Medieval weir and leat on the River Bovey 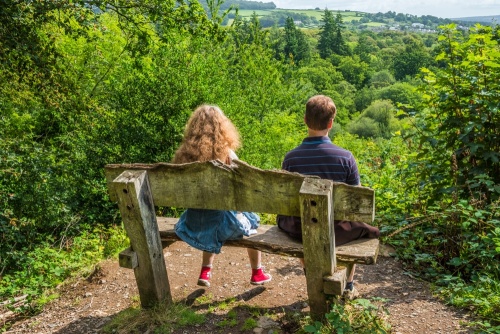 Admiring the view on the Parke estate

Also at Parke is the Dartmoor Pony Heritage Trust Education and Visitor Centre. The Centre is open to visitors on specific days throughout the year, giving you a chance to see Dartmoor ponies up close.

Parke is a wonderful example of a country estate, meant to provide a self-sufficient living for the inhabitants of Parke House. The estate includes a kitchen garden, fruit garden and orchard, formal garden, fish pond, beehives, grazing areas and cold house. 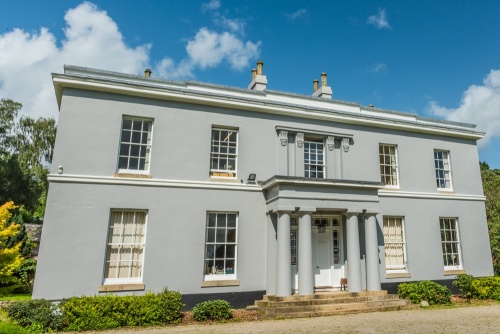 Walks lead beside the River Bovey to a medieval weir, then climb the steep-sided valley for wonderful views over eastern Dartmoor. The trails wind through very attractive woodland, which offers a habitat for a wide variety of wildflowers. The estate includes a section of dismantled railway that once served the Great Western Railway branch line to Moretonhampstead. The track bed is now used as a cycle track and a level walking trail, avoiding the riverside section of the circular estate walk.

Our family discovered to our delight that Parke Bridge, at the eastern end of the estate, is perfect for playing Pooh-sticks (I won, though I can't claim that any great skill was involved).

What to See and Do

Only recently opened to the public, this attractive walled garden is in the process of restoration. It was originally laid out in the 1820s by William Hole, who built the present Parke House.

Part of the walled garden enclosure is now used as a community garden, while National Trust volunteers are restoring the upper section, including fruit trees, vines, walled fruit, and beautiful herbaceous borders. The garden soil is enriched by manure from the Dartmoor Pony Heritage Trust, whose headquarters are on the Parke estate. 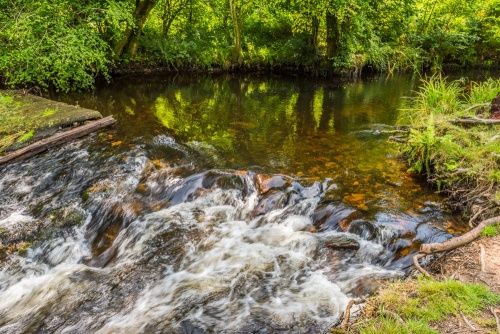 The medieval weir and leat

Just outside the walled garden is a traditional 2-acre orchard, dating to at least 1841, during the ownership of the Hole family. The Hole's orchard was used exclusively for making cider. Six of the original 19th-century apple trees remain, and the National Trust has planted 150 others, mainly old apple varieties.

From May to December the orchard is grazed by three rare breeds of sheep, White Faced Dartmoor, Cornwall Longwool, and Greyface Dartmoor. The latter two breeds produce outstanding wool, while the White Faced Dartmoor is known for the flavour of its meat. Woollen products made from sheep grazed at Parke can be bought at the National Trust shop in Widecombe-in-the-Moor. 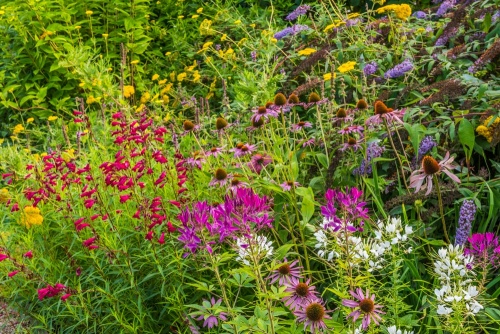 Herbaceous borders in the walled garden

The River Bovey runs down from the heights of Dartmoor before joining the River Teign south of Bovey Tracey. The peaceful river flows through the centre of the Parke estate. During the medieval period a weir was built across the river about 500m upstream of the manor house. The weir may have been used to create a fishery but there was another very practical reason for its construction; to provide a water supply to three mills in Bovey Tracey.

Beside the weir a leat, or water channel, was dug to divert some of the river water to fill a small lake, or fishpond near Parke House, then continuer on to the mills, located where the Dolphin Hotel now stands. The leat carried the outflow from the mills back into the River Bovey at Bovey Bridge. A sluice gate at the head of the leat controlled water flow. 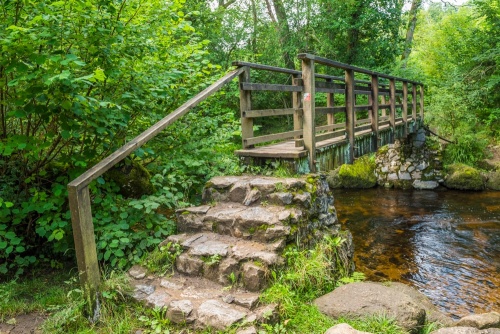 A picturesque footbridge over the River Bovey

The Parke Estate is centred on Parke House, an elegant neo-classical mansion built from 1825 to 1828 by William Hole. It replaced the original medieval manor house of Bovey Tracey, built in the 14th century. The 19th-century house incorporates parts of the earlier medieval structure. That medieval building itself replaced a house that stood here before the Norman Conquest of 1066.

There are memorials to generations of owners of Parke in Bovey Tracey Church, including Nicholas Eveleigh, who died in 1620 when the roof of Chagford Stannary Courthouse collapsed while he was inside the building. You can walk to Parke from Bovey Tracey town centre, a distance of about one mile. Alternatively, take the B3387 at the roundabout on the western fringe of Bovey Tracey, signposted to Haytor. You will quickly come to the entrance to Parke on your right. Follow the estate drive to the large visitor car park. Parking is free for National Trust members.

There is usually a National Trust visitor van by the car park where you can pick up a leaflet of the estate showing recommended walking routes. If the van is not there you should be able to find leaflets in a dispenser beside the parking area. 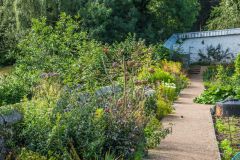 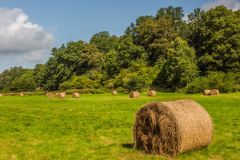 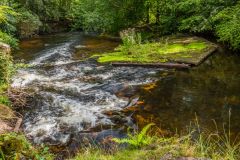 More self catering near Parke

More bed and breakfasts near Parke

Self Catering near Bovey Tracey