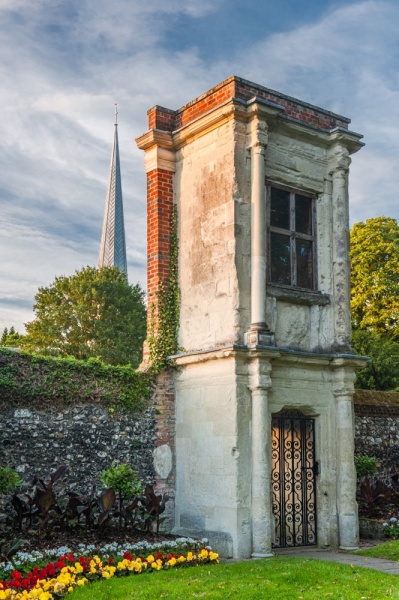 In a park setting near Hemel Hempstead's historic Old Town stands one of the town's most peculiar and intriguing historic buildings, the Charter Tower, all that remains of a Tudor house built by the wealthy Combes family. The Tower overlooks a walled garden on the site of Bury House.

The first Bury House was built sometime in the 13th century. It was referred to in a charter of 1289 that mentioned a mill at Burymilne (a mill near The Bury). Bury in this case probably means a fortified residence, from the same root as the Saxon burh and our modern term borough.

During the medieval period the Bury was home to the Waterhouse family but in 1539 the last male Waterhouse died and the property passed to Richard Combes. Combes tore down the old house and began to erect an opulent mansion, a process that took 55 years, from 1540 to 1595.

The Charter Tower formed part of the grand entrance to the new house, and you can see the coat of arms of Richard Combes on the Tower exterior. 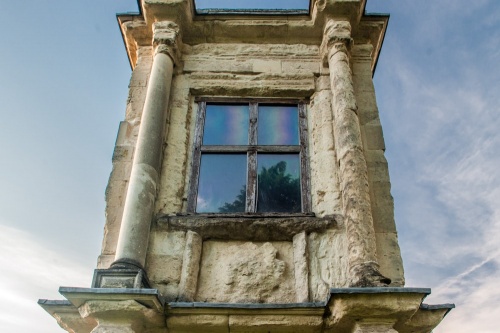 The name 'Charter Tower' refers to a local legend - probably untrue - that Henry VIII stayed here in 1539, accompanied by his second wife, Anne Boleyn. Henry is said to have been so pleased with the warm welcome he received that he granted the town its market charter, leaning out of the upper window of the Tower to do so.

The only trouble with this story is that the Tower was not built in 1539, so if Henry did indeed grant the town its royal charter during a visit to Bury House it was from an earlier building. It is not even clear whether Henry ever actually stayed at Bury House on any occasion.

The second Bury House was torn down around 1790, leaving only the entrance tower. 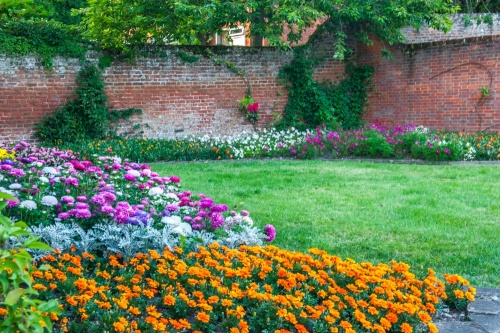 The walled garden stands on the site of Bury House and is now a public park. Within the garden is a memorial plaque to service personnel who served with the South East Asia Command during WWII. The garden is sometimes known as Charter Gardens, after the Tower that now acts as its entrance.

The Tower is built of ashlar and stands two storeys high, with neoclassical columns decorating the exterior facade. There is a heraldic panel over the ground floor window. The carving is almost obliterated by the passage of time, but it depicts the Combe family arms.

The Charter Tower and the garden walls together are listed Grade II for their heritage value.

The Tower is easy to reach. It stands near the southern entrance to Gadebridge Park, off Queensway. 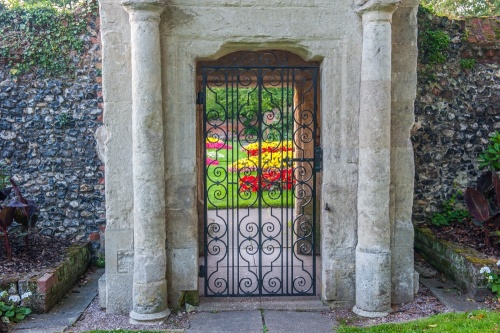