HERITAGE HIGHLIGHTS:   Aldbury is blessed with a large number of 16th and 17th-century timber-framed buildings. 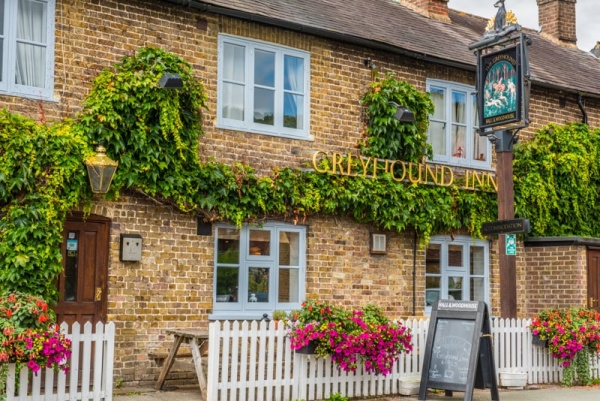 Just over 2 miles from Tring stands Aldbury, one of the most picturesque villages in Hertfordshire, with timber-framed cottages and a historic inn clustered around the village duck pond where an old set of stocks still stand.

This quintessential English village has been used as a setting for popular television programmes including several episodes of Midsummer Murders (Murder of Innocence and Written in Blood). The village is home to a troupe of Morris Dancers, the Aldbury Morris Men, who hold regular performances during the summer months.

The village has been declared a Conservation Area in recognition of its special character and heritage value. The fields surrounding the village are essentially unaltered since the late medieval period, enhancing the heritage value and ambience of the village and its setting. 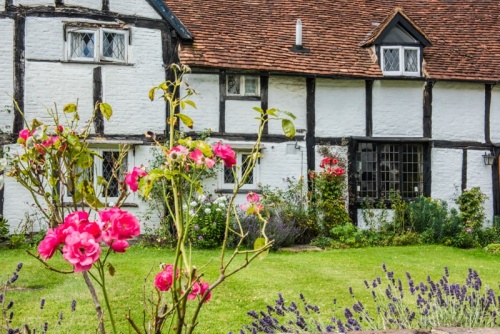 A find of pottery in Aldbury suggests that the area was settled as early as 10 BC. Certainly, it was already an ancient settlement by the time of the Norman Conquest. The ancient Icknield Way and Grims Ditch run through the parish, so the area has seen human activity for thousands of years.

Aldbury was recorded in the Domesday Book of 1086 as Elderberie, which has nothing to do with elderberries but is Old English for 'old burh' or old fortification.

The parish church of St John the Baptist was built at the junction of the medieval trackways between Ivinghoe and Berkhamstead in one direction and Tring and Little Gaddesdon in the other. Behind the church is the site of a small manor house, long deserted. We know that there were 68 dwellings in 1271, with small farmsteads extending away from the village green.

Historical records show that the church was given by William de Bocland to Missenden Abbey around 1200. Interior highlights include alabaster memorials to Thomas Hyde (d 1570) and his son (d 1580). Nearby is a marble monument to Thomas Hyde, dated 1665. 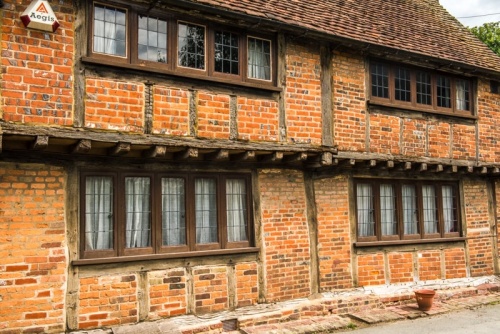 The village flourished in the late Middle Ages and Elizabethan times when agriculture, weaving, and blacksmithing brought prosperity to the inhabitants. One reminder of this period is Town House, a Tudor almshouse built to look after less fortunate residents of the parish.

What is most interesting about Aldbury's history is that there was no one major landowner in the village. Individual smallholders continued to farm their own lands and common fields were not enclosed as in most other locations. In the 17th century, the old manor house behind the church was pulled down and the material sold for scrap.

In the 18th century, the Duncombe family began to buy properties in Aldbury, including the Old Manor House and Town Farm. They eventually built an estate of over 5900 acres.

The real transformation of Aldbury came in the early 19th century when the 7th Earl of Bridgwater became Lord of the Manor. The Duke was based at Ashridge House, east of the village. He tore down old cottages and built new ones, erected a terrace of 8 cottages at Barracks Row, and developed Church Farm on the site of the old manor house.

During the later 19th century the village was rejuvenated due to the straw-plaiting industry, and tourists began to discover the village and enjoy the two pubs, tea rooms, and shops selling souvenirs. With the arrival of the automobile, Aldbury became a popular commuter village, with residents drawn by the traditional architecture and Olde Worlde charm. 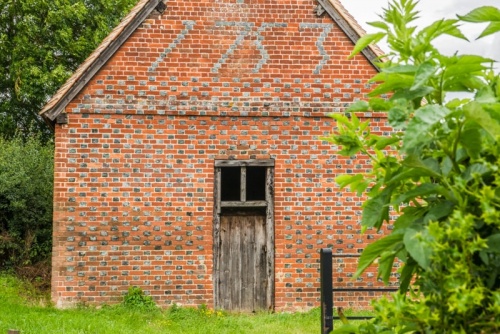 A stroll along Stocks Road brings you to Stocks Farm Dovecote, built in 1753 by Arnold Duncombe, the owner of neighbouring Stocks Farm. The Dovecote was given to the National Trust in 1990 and now forms part of the Trust's Ashridge Estate.

The Dovecote holds 482 nesting holes for 964 pigeons. It is made of red brick, with the date of its construction worked into the gable end in contrasting grey brick. The Dovecote is open only occasionally for special heritage event days but you can peer inside through an opening above the main door.

The Dovecote is administered as part of the National Trust's Ashridge Estate, which takes in much of the surrounding area. There are waymarked trails through the Estate providing a wonderful opportunity to explore a huge expanse of mixed woods and chalk downland covering the edge of the Chiltern Hills.

At the heart of the Estate is Ashridge House, built in the early 19th century by the 7th Earl of Bridgewater and incorporating part of a 13th-century priory. Ashridge House is now a business training college and is only occasionally open to the public.

Just a short distance away is the Bridgewater Monument, a neoclassical tower was built in memory of the 3rd Duke, who died in 1803. Visitors can climb to the top of the Tower for magnificent views that extend as far as London on a clear day. 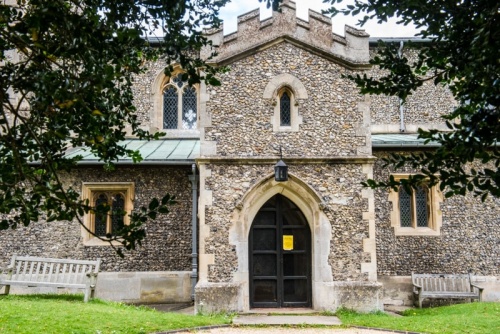 Aldbury is blessed with a variety of picturesque timber-framed buildings. One of the most striking is Applegarth, a Grade II listed building on Stocks Road dating to 1598. Nearby is Timbers, an early 16th-century building with brick infill under a red tile roof.

Set back from the road is a 16th-century open hall house now divided into three separate dwellings (Cobwebs, Rose Cottage, and Folly Cottage). These are just a few of the numerous historic cottages; there are 35 listed buildings in Aldbury, many of them dating to the 16th and 17th centuries.

The Ridgeway National Trail begins (or ends) at nearby Ivinghoe Beacon, one of the highest points in the Chiltern Hills. In nearby Tring is the Natural History Museum established by Walter de Rothschild, and just a few miles away is Pitstone Windmill, a historic post mill built in 1627 and now owned by the National Trust. 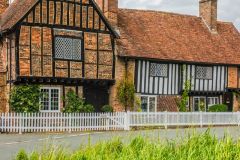 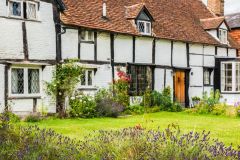 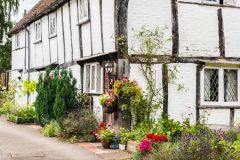 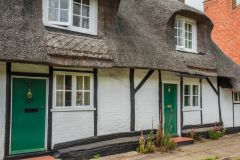 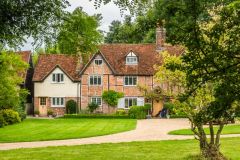 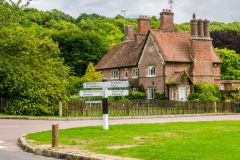 More self catering near Aldbury

More bed and breakfasts near Aldbury