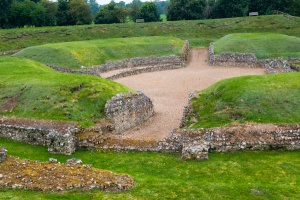 During the Roman occupation of Britain, St Albans, or Verulamium as it was known to the Romans, was one of the most important cities in the province of Britannia. Like many major cities, Verulamium had all the amenities Romans considered essential to a civilised society. Among these amenities was an outdoor theatre, but at Verulamium, the theatre took a unique form, one not replicated anywhere else in Britain.

Here at Verulamium, the theatre is not an amphitheatre in traditional Roman style, but with a raised stage, like a modern theatre. The theatre was built around 140 AD, on the site of an earlier Celtic water shrine, and beside the major Roman road of Watling Street. At the same time a shrine was built, but this is now buried beneath the field behind the theatre.

When the theatre was erected there was no stage; this was added around AD 160. The edge of the theatre site, facing onto Watling Street, was lined with shops with sleeping, or storage spaces behind the main shop area.

Around AD 170 a large townhouse was built between the shops and the theatre, and parts of the house foundations can still be seen. Immediately behind the townhouse is the site of an underground shrine, now protected by a metal grill. 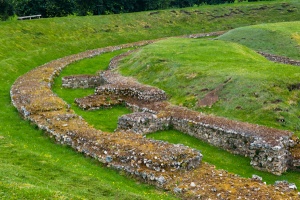 A closer look at the foundation walls

When we say 'theatre' today we tend to think of plays, or opera, or musical performances, In Roman Britain, however, the range of entertainment at a theatre was much more far-ranging. The theatre at Verulamium was used for activities as diverse as armed combat, wrestling matches, dancing, and religious ceremonies. Events would begin with a sacrifice to the gods in a nearby temple, followed by a procession to the theatre, led by priests.

It is likely that performances of plays by classical Greek and Roman playwrights would have been performed, but even more popular would have been a form of pantomime, where actors simply mimed actions and danced while a chorus sang words to musical accompaniment.

Around AD 180 the theatre was expanded and the stage became the centre of performances. The theatre was extended again around AD 300, reaching a capacity of around 7,000 spectators. At this time a large monumental arch was erected. The rear of the stage area was roofed and was supported by three large columns. A replica column stands on the spot to show what the original would have looked like.

By AD 380 the theatre fell out of use and seems to have been left to decay. It was eventually buried under the detritus of centuries and was only rediscovered again in 1865 and not excavated until 1935.

Why did it cease being used so long before the departure of the Romans in the early 5th century?

We can't know for sure, but one possibility is that the theatre was associated with pagan religious ceremonies, so after Christianity became the official religion of the Roman Empire in the early 4th century the theatre was abandoned. Even after the theatre was left to decay the nearby temple seems to have been rebuilt and maintained.

By far the easiest way to visit the theatre is to park at the large Verulamium Museum parking area and follow the footpath sign. You have to cross the A4147 at the lights, and walk to the start of the Gorhambury estate drive. There is a small ticket kiosk, and the site is immediately beside the driveway to Gorhambury House.

I was quite impressed with the site, more than I thought I would be! There are information panels around the site, showing how it developed over time and how it was used. It should not take more than 15-30 minutes at most to explore the site, but it is actually quite impressive. Even though I visited on a rainy, grey day, I really enjoyed myself. 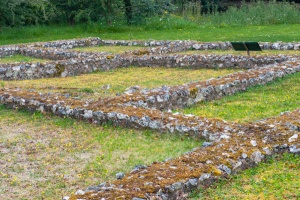 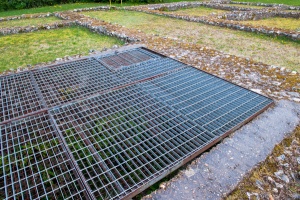 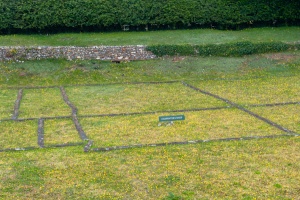 Foundations of a carpenter's shop 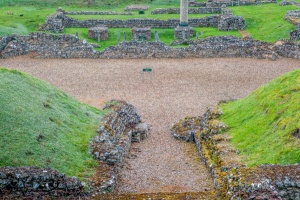 Looking towards the stage 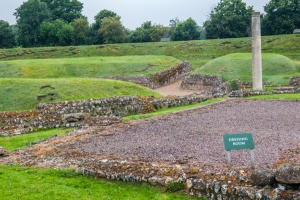 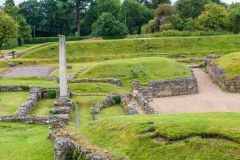 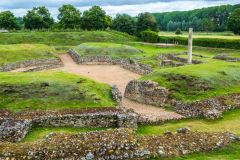 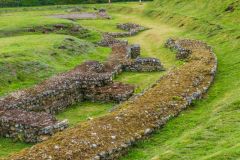 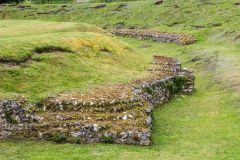 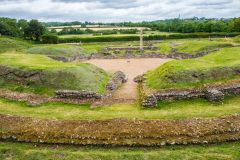 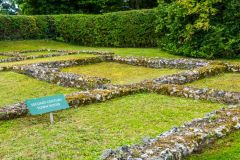 Nearest Accommodation to The Roman Theatre of Verulamium:

More self catering near The Roman Theatre of Verulamium

More Hotels near The Roman Theatre of Verulamium

More bed and breakfasts near The Roman Theatre of Verulamium