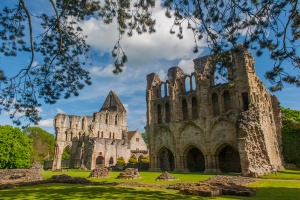 Much Wenlock is a picture-postcard town, full of timber-framed buildings and the scent of history in the air. The town owes much to the 7th-century Mercian princess, Milburga, who founded an abbey here around 680AD. Milburga was buried near the altar of her nunnery church, and when her bones were discovered in the 11th century, Wenlock Priory became a popular destination for pilgrims.

The town grew up around the priory, and by the medieval period had become a place of some wealth, a prosperity that is obvious in the wealth of late medieval and Elizabethan buildings around the town. Edward IV granted Much Wenlock a charter in 1468, and after the priory was dissolved by Henry VIII the burgesses built the Guildhall on High Street to hold a court room and, later, a council chamber which is still in use.

The enjoyable thing about visiting Much Wenlock is that so many of the historic buildings around the town are quite close to each other, meaning that they can easily be enjoyed in a leisurely walking tour. Here are the main historic sites we visited:

This 12 century Cluniac Priory was built on the site of St Milburga's 7th-century abbey. The ruins are very extensive, and beautifully located in a peaceful green area. The major historical features are the 12th-century chapter house, with wonderful bling arcading and carved arches, and a lavabo, or communal washing station for the monks.

One side of the site is bounded by a private dwelling made from a 15th century prior's lodging. The cloisters are planted with attractive topiary which makes the site look almost like a garden decorated with romantic follies. 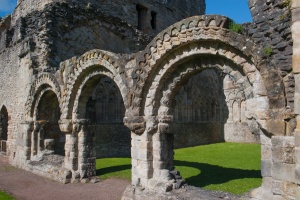 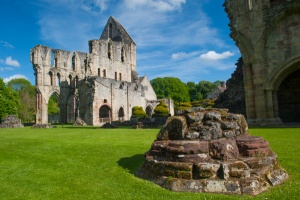 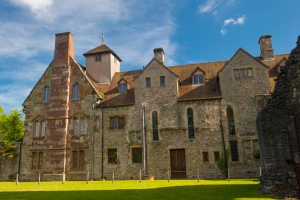 Just outside Wenlock Priory on Sheinton Street is a medieval tower, once part of the priory, and later used as a home for Wenlock National School from 1848-1952. Nearby is John's Cottage, a timber-framed cottage dating to about 1400. This area was once the town's sewer drainage. 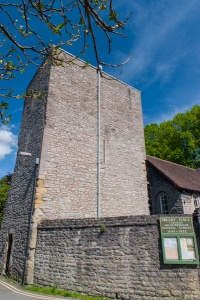 Milburga's Saxon abbey was a dual house, with quarters for both monks and nuns. The monk's church was were the priory now stands, but the nun's church was on the site now occupied by the 12th-century church of Holy Trinity.

The most striking exterior feature of Holy Trinity is the west tower, but within, the nave and chancel are primarily still norman. There is a three-seat sedilia and a Norman font, plus a painted royal coat of arms to George III.

At the west end of the church is a memorial to Dr William Penny Brookes. Brookes founded the Wenlock Olympic Games in 1850, on the principles of the ancient Greek Olympics. It was the Wenlock Olympic concept that prompted Baron Pierre de Coubertin to start the modern Olympic movement in 1896.

Beside Holy Trinity is Church Green, flanked by a row of attractive timber-framed cottages. Beside the cottages is a plaque to local author Mary Webb, whose book Gone to Earth was made into a major film in 1950. Part of the film was shot here, using local people as extras. 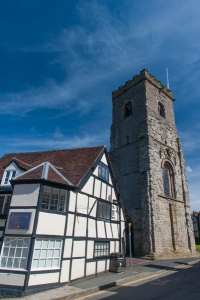 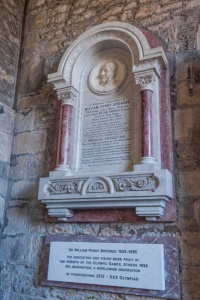 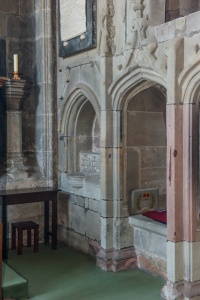 Further along High Street is the 16th-century Guildhall. When Wenlock Priory was dissolved by Henry VIII, the town burgesses needed a place to administer justice. In 1540 they built the Guildhall to provide a court room over a market area. A Council Chamber was added to the first floor in 1577, and the council still meets here once a month. The chambers are furnished with marvellous carved oak panels brought here from a local manor house. 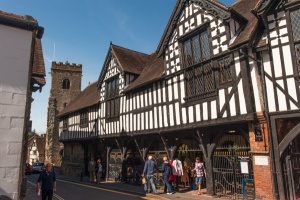 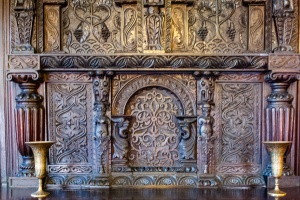 Almost across from the Guildhall is a red-brick house identified by a blue plaque. This is the birthplace of William Penny Brookes. It is not open to the public as it is still a private home. Further along High Street, past the Guildhall, is the town square, marked by a Memorial Clock, erected for Queen Victoria's Jubilee in 1897.

Off one side of the square is a modern building used as the local tourist information centre and museum. The museum has displays on local history, particularly the Wenlock Olympic Games. They publish a walking leaflet connecting local places associated with the development of the Olympics. 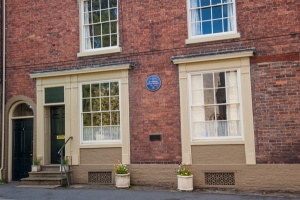 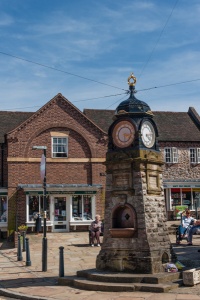 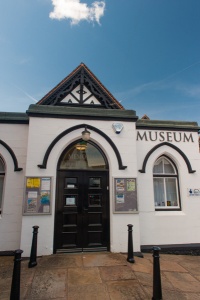 Further up Barrow Street a lane leads off to the east. A hundred yards down the lane, tucked away on the right and almost unseen until you are right on top of it, is a small depression, like a pit, behind an iron railing. Descend a few steps and you find yourself at St Milburga's Well.

This holy well has dubious connections to Milburga, but it may have been one of the town's earliest sources of water. Local tradition says that if a woman wanted to find a husband she had to go to the well on a certain day and moisten herself with the water. 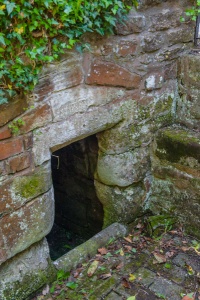 There are numerous historic buildings along High Street. Perhaps the finest is the Reynalds Mansion, built in 1682. This beautiful timber-framed building has a pair of entrances with small galleries above, and lovely mullioned windows.

Across the road is the Talbot Inn, dating back to 1361. Further along the road and marked by a faded 'Bank' sign is another timber-framed building, dating to the 17th century. This was an inn until the early 20th century and was later used as a bank, hence the sign.

A bit further along is Ashfield Hall, another black and white building (thee's a strong 'black and white' theme here!). The Hall began as St John's Hospital, providing accommodation for beggars. It obviously did not cater only for the poor, as Charles I stayed here in 1642. 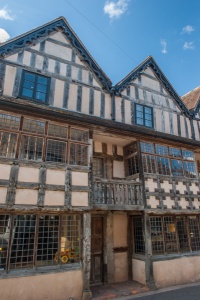 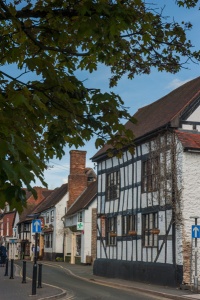 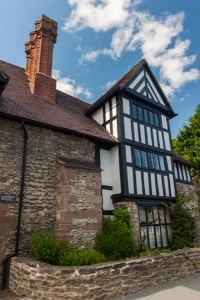 There are still more historic buildings on Back Lane, including a cruck-framed cottage at St Owen's well House. Cruck framing involved bending green timbers to form a gable, with cross pieces inserted to tie the cruck timbers together.

In the stone wall outside St Owen's Well House is a holy well associated with St Owen. Owen was said to be a French monk who visited the area in the 6th century, It is very easy to miss the holy well, which from a distance looks a bit like a stone flower box. We almost gave up but did manage to find it in the end. Off Back Lane is the Bull-Ring, whose name is a reminder that bull-baiting took place here. 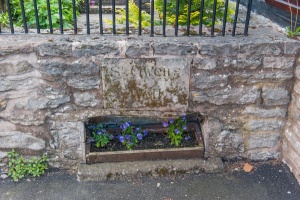 Those are just a few of the historic highlights. Much Wenlock is such a pretty town, with so much history everywhere you look. It is well worth taking the time to explore at leisure. We loved it, and I started wondering vaguely about buying a house in the area after we visited! 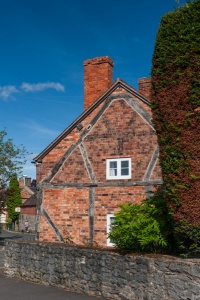 Medieval brick and timber
building on Back Lane 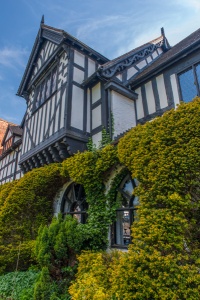 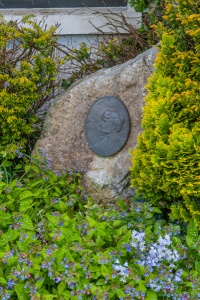 Nearest Accommodation to Much Wenlock:

More self catering near Much Wenlock

More Hotels near Much Wenlock

More bed and breakfasts near Much Wenlock