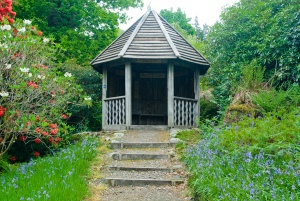 Ardkinglas Woodland Garden is composed of 25 acres of lovely woodland at the northern tip of Loch Fyne, which has been called the most beautiful of all Scottish lochs. The garden is famous for its Champion conifers. A 'champion' tree is the largest (tallest or most broad) of its species in the British Isles.

Ardkinglas itself is a definite 'must-see' for visitors who enjoy the natural beauty of the Argyll and Bute region. The lush woodland gardens are the result of high annual rainfall and a mild climate due to the moderating effect of the Gulf Stream.

The sandy loam soil provides an excellent environment for conifers and acid-loving heath plants. The garden had its origins in the 17th century, and in 1875 the Callendar family of Ardkinglas created a collection of conifers which has made the gardens world famous. 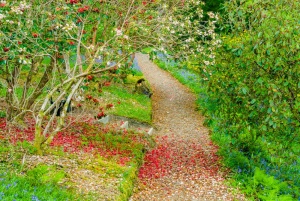 Garden paths are arranged to provide circular walks of different lengths so that visitors can make their stroll as long or as short as they wish. One of the newest areas of the garden is the Sorbus Glade, which features colour throughout the year, with plantings of rowans, Sorbus commixtra, Sorbus megalocarpa, and Sorbus decora. 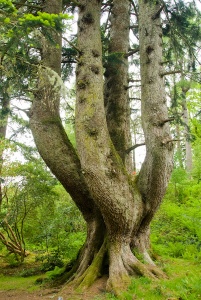 At the southern end of the gardens, the trail drops to the River Kings, where the ruins of an old mill stand beside the rushing water. The trail follows the riverside through a Magnolia Bank, a pinetum area, and the aforementioned Bodnant Bank.

The 'Hunting Ground of Champions' features champion trees, including a huge Grand Fir which reaches 203 feet in height. The path then passes the 'Mightiest Conifer in Europe', a Silver Fir. I visited in late spring and found Ardkinglas a riot of colour; a very enjoyable garden with lovely walks.

Ardkinglas manor is open on selected days throughout the season. Movie fans may recognize the house as the setting for the film, 'The Water Horse'. 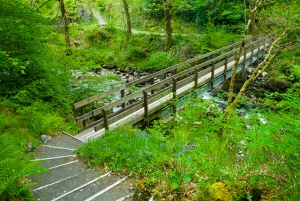 A footbridge over the River Kinglas 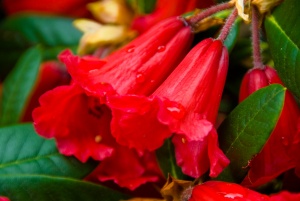 Rhododendron after a Spring shower 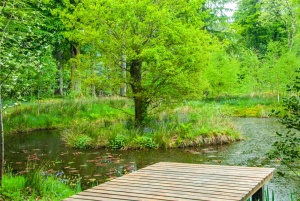 A quiet lochan in the upper garden 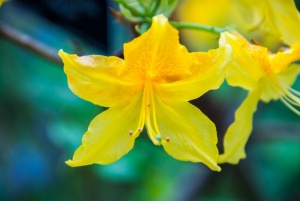 Ardkinglas offers colour
at any season

Nearby accommodation is calculated 'as the crow flies' from Ardkinglas Woodland Garden. 'Nearest' may involve a long drive up and down glens or, if you are near the coast, may include a ferry ride! Please check the property map to make sure the location is right for you.