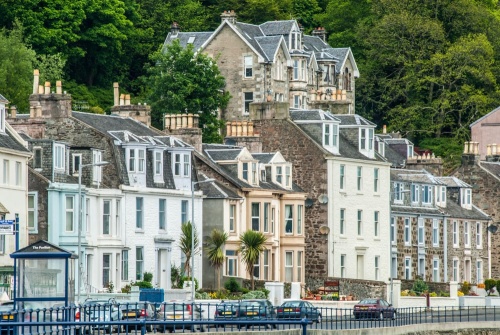 Rothesay is the largest town on the Isle of Bute, with a range of facilities that make it the perfect base for touring the island. The town's name is 'Baile Bhoid' in Gaelic, which translates as 'Town of Bute'.

The town grew up around the 13th-century fortress of Rothesay Castle, begun in 1200 by Walter Steward, the 3rd High Steward of Scotland, to replace an earlier Norse fortification of timber. Steward's new stone castle is almost entirely circular, making it unique in Scotland.

The castle was captured by the Norse in 1230, but they retreated after exacting a ransom. A later siege in 1263 failed, but the English took Rothesay in the 1290s only to have the Scots take it back. The castle changed hands several more times before becoming a royal residence in the 14th century. The final serious military action took place in 1685 when the Earl of Argyll and his Covenanter army burned the castle. 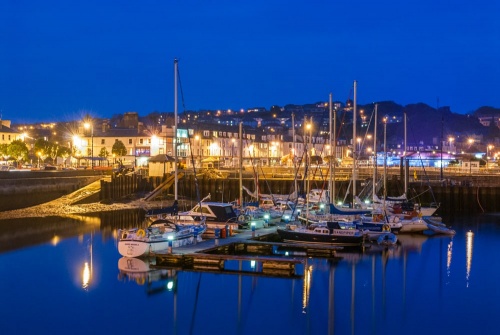 The wealthy 3rd Marquess of Bute restored the castle and it is now operated by Historic Environment Scotland, though the Stewart family are still hereditary keepers.

Legend tells that the castle is haunted by the 'Green Lady', who threw herself from the castle parapet rather than be forced to marry a Norse king.

Rothesay became a royal burgh around 1400 and developed as a traditional linear burgh along the line of High Street, with the harbour to the north, eventually stretching south as far as St Mary's Chapel, all that remains of the original parish church. Inside the chapel are a wonderful collection of medieval tombs, including the altar tomb of Alice, the first wife of Walter the Steward. 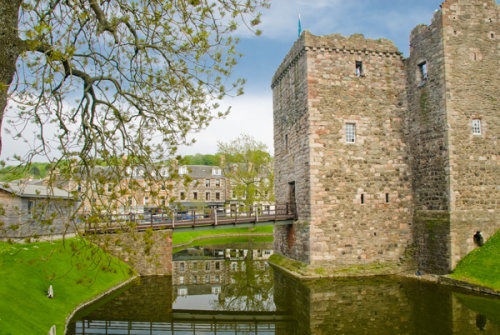 Around 1680 the Marquess of Bute established a townhouse in Rothesay, and over the next two centuries the town expanded east and west due to ongoing land-reclamation schemes.

It was the 19th century, however, that brought the most changes, as Rothesay became a focal point for holidaymakers from the Scottish mainland, particularly from Glasgow.

Travellers who decided to go 'doon the water' arrived on regular steamboat services from Glasgow in search of a seaside outing, taking advantage of an electric tramway which connected Rothesay to the sandy beach at Ettrick Bay.

Rothesay developed as a bustling resort town focussed around several large hydropathic hotels. Most of the major buildings in the town centre are Victorian, including the Court House on Castle Street and the Baroque post office on Bishop Street. 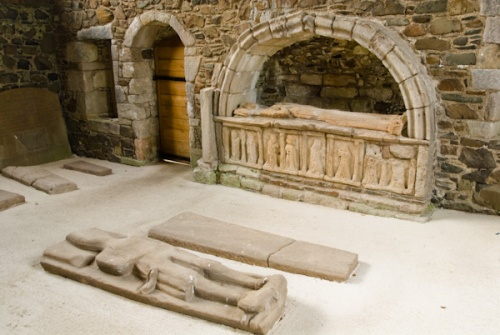 Given its heritage as a seaside resort town, it is only fitting that Rothesay's seafront Esplanade is the focal point for visitors. This long public park is a mix of wide lawns and formal gardens linked by winding paths lined by cabbage palm trees. In the centre of the gardens is a restored fountain.

A vivid reminder of Rothesay's heyday as a tourist magnet are the Victorian Toilets near the pier. These absurdly ornate gentlemen's toilets retain their original fittings, and are a testament to Victorian design, with exquisite marble and tile materials used throughout.

Many of the large Victorian hotels are still in operation and help keep the 19th-century character of the town intact. Another reminder of the town's history is the recently restored Winter Gardens building, erected in 1923 and now a tourist information centre and exhibition space known as the Isle of Bute Discovery Centre.

Near the Esplanade fountain is a colourful arch that marks the Highland Boundary Fault, which marks the diving line between the Highlands and the Lowlands. Visitors can stand with one foot on each side of the line.

Also in the Esplanade gardens is a monument to the 'Men of Bute' who, under the command of Sir John Stewart, fought and, to a man, died at the Battle of Falkirk in 1298. 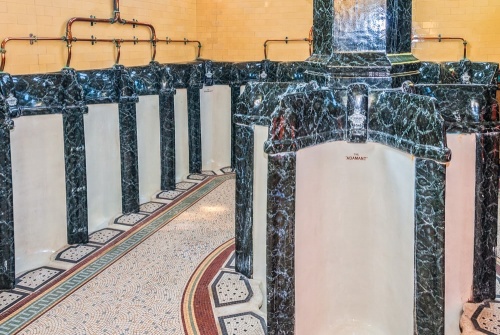 On Stuart Street, near the castle, is the Bute Museum, covering the history, archaeology, and natural history of Bute. One popular exhibit is a 4,000-year-old cist burial known as the 'Queen of the Inch', found on the islet of Inchmarnock. Another ancient find is the 'MacAlister Stone', a 1000-year-old cross shaft decorated with interlace designs and carvings of a horseman, a winged animal, and birds.

The Old Post Office on Bishop Street is a superb late-Victorian building erected in 1896. It is no longer used as a post office, and visitors can view exhibits of Royal Mail paraphernalia. The interior beautifully reflects Rothesay's 19th-century splendour. 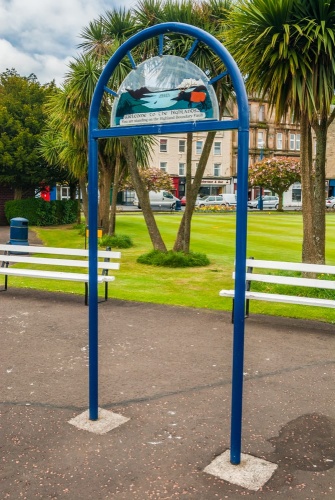 A short distance south of Rothesay along the coastal road is Ardencraig Garden, a lush 19th-century walled garden laid out in the early Victorian period for the owners of Ardencraig House.

For the best views of Rothesay, climb up The Serpentine, a remarkable road in the town centre that rises at an average gradient of 10% through a series of 13 hairpin bends. The reward for your efforts is a wonderful view over the rooftops of Rothesay. 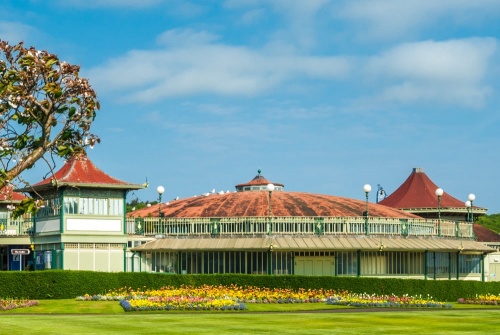 Rothesay is reached by a direct ferry service from Wemyss Bay (postcode PA18 6AR) on the mainland. The ferry takes roughly 35 minutes. There is also a ferry from Colintraeve (postcode PA22 3AP0 to Rhubodach, in the northeastern corner of the island, about 13km north of Rothesay, which takes 5 minutes. As of this writing, you do not need to pre-book ferry tickets; just show up on the day.

I had the pleasure of staying for a week in a holiday cottage in Rothesay; a lovely terraced cottage looking directly across at the ferry port. It was a delight to wander around the town and enjoy the Victorian ambience. 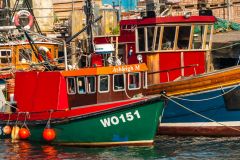 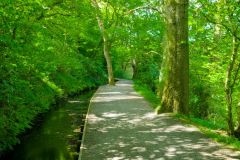 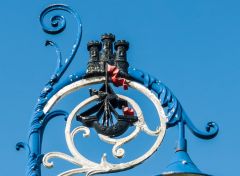 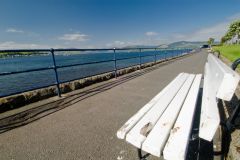 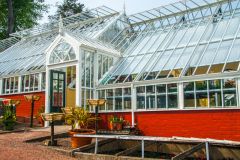 Nearby accommodation is calculated 'as the crow flies' from Rothesay. 'Nearest' may involve a long drive up and down glens or, if you are near the coast, may include a ferry ride! Please check the property map to make sure the location is right for you.

More self catering near Rothesay, Bute