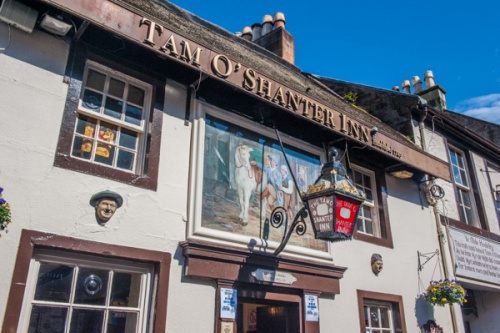 The Tam O'Shanter Inn in Ayr

Ayr is a popular seaside resort town in south-west Scotland, about 32 miles from Glasgow on the Firth of Clyde. The town is blessed with a long sandy beach and seaside esplanade for enjoying the delights of the waterfront. Visitors can look out across the golden sand to the peaks of Arran in the distance.

The history of Ayr goes back to at least 1197 when a castle was built beside the River Ayr by King William the Lion to guard the Scottish border with the Kingdom of Galloway to the south. A timber bridge across the river was built around this time. Just 8 years later in 1205 King William created a royal burgh at Ayr.

The burgh was like a modern housing development; the king had streets laid out and plots of land for erecting houses. He also gave the new burgh the right to hold a market. This helped make Ayr a popular place for new settlers.

King William gave the burgh a charter granting the townsfolk a form of local government. In 1261 Ayr was given the right to hold an annual fair. 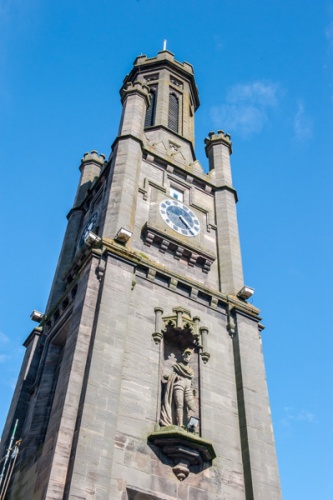 During the medieval period, Ayr developed as a busy port, with a thriving fishing, shipbuilding and weaving industry.

In 1289 Robert Bruce the elder burned Ayr Castle rather than let it fall into the hands of an English army. As a result, almost nothing remains of the fortress.

Around 1242 a Dominican friary was established in Ayr, near the bottom of Mill Street. The friars had peaceful intentions, but the same could not be said for the English who occupied Ayr in the late 13th century. The English invited Scottish leaders to a conference at Ayr, only to hang them all.

In retaliation, Willliam Wallace surprised a group of English soldiers inside a barn and set fire to it, burning them alive. Wallace was captured and held prisoner in Ayr.

Ayr was in English hands from 1301-1312. In 1315, 3 years after the English were ousted, King Robert Bruce gathered a Scottish parliament in Ayr to decide on his successor. The meeting was held in St John the Baptist Church. The only surviving part of the church to survive is the 12th-century St John's Tower on the south side of Sandgate. 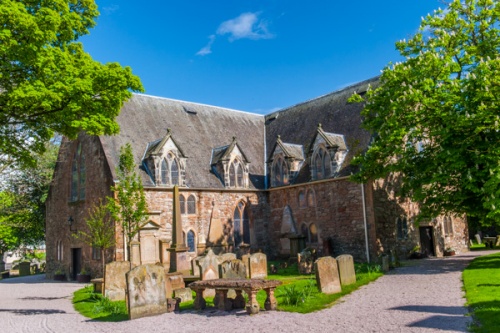 The old timber bridge was rebuilt in stone in 1470, and this lovely Auld Bridge still carries pedestrian traffic today.

The oldest surviving house in Ayr is Loudon Hall, which dates to at least 1534 and was for many years the residence of the Sheriff of Ayrshire.

In 1645 Oliver Cromwell's soldiers destroyed the medieval castle and used the stone to build a military fort in Ayr. Fragments of the fort walls can still be seen on the south bank of the river.

The fort, or citadel, incorporated the medieval parish church of St John the Baptist. This left the townsfolk without a proper parish church so in 1654 Cromwell granted the town money to build a new church, now known as the Auld Kirk. The money was insufficient and the rest of the cost of the new church was born by the parishioners of Ayr.

Inside the church is a model of the French barque Arethusa. In 1662 the ship was wrecked in Ayr Bay, and the sailors gave a model of the vessel to the townsfolk in gratitude for their help in the disaster. East of the pulpit is a window commemorating John Welch, the son in law of John Knox. Under the Trades Loft are Robert Burns' pew and statue (a replica of the larger statue in Burns Statue Square. 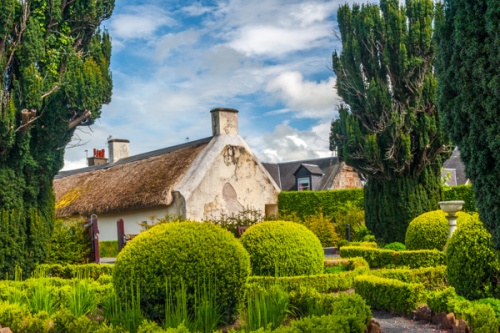 A short distance from the Auld Kirk is the Brig O'Doon, a historic humpbacked bridge over the River Doon. In Tam O'Shanter the title character escapes from witches by fleeing on horseback across the bridge. Looking down on the Brig O'Doon is the Burns Monument, erected in 1812.

Burns was fond of his local town, penning these words in praise of Ayr:

Burns was fond of a drink (or three) a what is now the Tam O'Shanter Inn, a thatched pub on High Street. The inn has become a magnet for Burns fanatics from around the world. 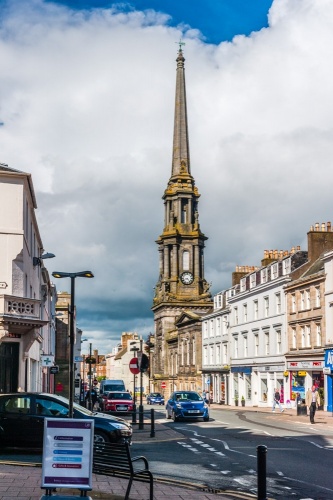 On Bridge Street is the Ayr Town Hall, notable for its striking spire that seems to dominate the core of central Ayr. The Town Hall was built in 1828 in Renaissance style and expanded in 1881. The clock tower rises 226 feet above street level and is decorated with carvings of gryphons and the figure of a Triton.

Nearby accommodation is calculated 'as the crow flies' from Ayr. 'Nearest' may involve a long drive up and down glens or, if you are near the coast, may include a ferry ride! Please check the property map to make sure the location is right for you.

More self catering near Ayr

More bed and breakfasts near Ayr

Self Catering near Ayr