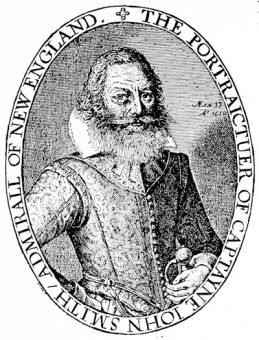 When James VI of Scotland became also James I of England his actual dominion did not include a single acre of soil outside the British Isles. Ninety-nine years later, when William III died, the whole of the North American seaboard between the French Acadia on the North and the Spanish Florida on the South was occupied by British colonists. Still farther north, beyond the French Canada, England claimed possession of the Hudson Bay territory or Prince Rupert's Land. Also she was in possession of sundry islands, and the East India Company had established a footing on the Indian Peninsula. Her colonial system was in full play, and her Indian Empire was in the germ.

The conception of an Imperial England overseas, had been born in the brains of Humphrey Gilbert and Walter Raleigh while the Virgin Queen still sat on the throne of England and the world still counted Spain, which had annexed the Portuguese Empire, mistress of the seas. But Raleigh's attempts to found the colony which he called Virginia had failed woefully. The Elizabethans were still too eager in the pursuit of short cuts to wealth. Those who were venturesome preferred preying upon Spanish galleons to settling down to a toilsome battle with nature in new lands which produced no gold nor silver nor precious stones. But, as in ancient days, the Dane, baulked of his robbing propensities, sought to satisfy his greed of gain by commerce, the Englishman, when he could no longer spoil the Spaniard, bethought himself of turning the New World to commercial account.

In 1606 a commercial company was formed, which procured a charter for the colonisation of Virginia; for, after a vague fashion, England had asserted a claim to the territories which lay north of the Spanish possessions. The company was granted what were practically sovereign rights over a vast and undefined region (subject to the English crown). The company's settlement at Jamestown formed the nucleus of the colony of Virginia. Here there was no native empire to be subdued, such as the Spaniards had found in Mexico and Peru, or such as that which dominated India. The native tribes were elevated only a degree above barbarism; they knew no cities, were still half nomadic, and had no political organisation higher than that of the tribe. But such an experiment as this of the English had no precedent in the world's history.

The British arrive in North America
The Greeks had planted city states on the Mediterranean shores among peoples for the most part akin to themselves or already possessing an elaborate civilisation. The Romans had not colonised but had planted garrisons. The Spaniard treated his conquests in America as estates of the Crown occupied by garrisons who exploited the mineral wealth of the land for the benefit of the Crown. But the Englishman went out to make for himself a new home in a new land, to acquire competence or wealth by the methods with which he was familiar in the old home; and he carried with him his traditional ideas of liberty and self-government.

The first settlers narrowly escaped the fate of Raleigh's colonists. But for the vigour and abilities of one of their leaders, Captain John Smith, they would have been wiped out in their collisions with the native Red Indians, so named because it was still believed that the New World was a portion of the Indies. Experience was needed to teach the practical principle that the colony would best serve the commercial objects of its founders if the colonists were left in the main to manage their own affairs with the minimum of interference from home. In 1623 the colonists were granted a constitution which vested the government in the hands of a nominated Governor and Council and an elected Assembly of "burgesses."

The business of the colony was not merely to be self-supporting, but to develop the products of the country suitable for export, notably tobacco, in exchange mainly for manufactured goods, A large proportion of the settlers were younger sons of the English gentry of the landowning class, Church of England men, of the type which was presently to recruit the ranks of the Cavaliers. The climatic conditions and the character of the work to be done favoured the employment of slave labour and the importation of negro slaves began in 1620, to be supplemented afterwards by criminals or quasi-criminals, who were trans­ported to the plantations as slaves for a term of years.

Arrival of the Pilgrims
The enterprise of the Virginia Company was followed by one of an altogether different type, when a group of Nonconformists sailed in the Mayflower from Plymouth in 1620 and founded the first of the New England Colonies. The motive of the Pilgrim Fathers was to find new soil where they might follow religion after their own fashion, and they were followed by others like-minded with themselves, although these Northern Colonies were divided, like the Puritans at home, between those which were rigidly Presbyterian and those which favoured Independency and toleration. Here the conditions approximated more nearly to those of the English agricultural districts and towns. They drew to them Puritan gentry, burghers, and yeomen. There was no demand for slave labour, nor did the soil grow products for export as in the South; while, on the other hand, the settlers were very much less dependent on manufactured goods from the Old World.

Romanists as well as Puritans were allowed to seek free exercise of their religion in the New World; and the primarily Romanist colony of Maryland was also of necessity tolerationist. This group, however, was much more nearly akin to the landowning classes of the South in origin than to the Puritans of the North, and planted itself in the neighbourhood of Virginia as the second plantation colony, not in the neighbourhood of the New England group. As a natural consequence the New Englanders were entirely in sympathy with the Roundheads when the Civil War broke out, while Cavalier sentiment prevailed in the plantation colonies which gave some trouble to the Commonwealth government. Meanwhile the English flag had already been set up in the Bermudas and the Bahamas, and in Cromwell's time the almost accidental seizure of Jamaica established England beside Spain in the West Indies.

Walker, a chemist from Stockton-on-Tees, accidentally invented the match, by combining potassium chlorate and antimony sulfide.