The Fall of Henry VI 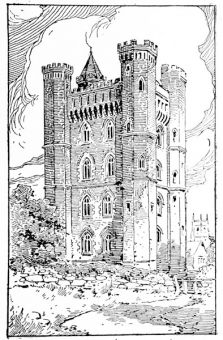 Before [Richard of York] York arrived [from Ireland], Somerset was back from Normandy, discredited and unpopular, but still in the confidence of the king and queen. The meeting of a full parliament showed that the Commons were entirely on the side of York; but it would have been difficult to say whether among the peers the greater strength was on the side of York or of Somerset. At this time there was no question of disputing the succession; York him­self did not assert his own title as against that of Henry VI until ten years afterwards.

He was satisfied with his position as heir-presumptive, which could only be challenged if Somerset ventured to claim that the legitimation of the Beauforts gave him.a prior right as being descended in the direct male line from John of Gaunt. York and his supporters demanded only that the heir-presumptive should be properly re­cognised in the Royal Council.

The great strength of York, apart from the extent of his own dukedom and earldoms, lay in the support of the great Neville family, of whom the most powerful were the Earl of Salisbury and his son Richard of Warwick, at this time a young man of two and twenty. But the Neville con­nection of itself included nearly one-fourth of the lay members of the House of Peers, who at this time scarcely numbered more than fifty all told.

York's own wife was Salisbury's sister. The baronage during the past hundred and fifty years had acquired a new character, partly perhaps because, with the systematisation of parliament, the barons with a hereditary right to be summoned individually had become a definite group, who had been per­mitted to accumulate earldoms and baronies in a few hands.

Moreover, there had been another change in practice which counteracted the anti-feudal legislation of Edward I. It had become the practice of many of the gentry, men o£ small estate but of gentle blood, to pledge themselves personally to the service of great nobles: a process distinct from the old feudal commendation as practised in England, and in effect assimilating the English system to the feudalism of the Continent.

It was the intention then of York and his supporters to maintain a strictly constitutional attitude, not to stir up civil war; and with the parties thus balanced, Somerset, retaining his personal influence with the king, still retained the ascendency. York was at last irritated to the point of appear­ing in arms to demand the dismissal of Somerset; but he disbanded his forces on receiving what he took to be satisfactory assurances, only to find .that he had thus placed himself in the power of his enemies.

A sort of reconciliation was however effected, because the French were now overrunning Guienne, a province which still itself preferred the English to the French allegiance. It was felt that a united effort must be made to save it. At the end of 1452 an expedition was despatched under the veteran warrior, Talbot, Earl of Shrewsbury.

End of the Hundred Years War
But in the next summer Talbot's force was annihilated and he himself was slain in a desperate attempt to force an impregnable position at Castillon. The disaster was irretrievable, and although several towns and fortresses held out stubbornly for some months, all Guienne was lost before the end of the year. The Calais Pale alone remained to England. The Hundred Years' War was at an end.

At this moment Henry VI sank from his normal condition of feeble incapacity into one of unqualified imbecility; and immediately afterwards the question of the succession was complicated by the birth of a son who now stood between York and the throne. The practical effect was that York's followers were strong enough to secure his appointment as Protector of the realm, the confinement of Somerset in the Tower, and the appoint­ment of sundry Yorkists to high offices of state. York used his power with moderation, and made no attempt to take vengeance on his enemies.

But at the end of 1454 Henry recovered. York surrendered the Protectorship, and Henry at once made haste to reinstate Somerset and his party. The proceedings of Somerset and the queen made it evident that they had no intention of following York's example of moderation, and were preparing to carry out a vindictive policy.

The Battle of St Albans
York and Salisbury, who had retired to the north, took up arms and marched towards London, declaring their loyalty to the Crown but demanding the arrest and trial of Somerset; and the first engagement of the War of the Roses took place at St. Albans, where Somerset was slain, and the king himself fell into the hands of the Yorkists. It is to be noted, however, that those killed in the battle numbered only five or six score.

Again York used his victory with moderation. A parliament was summoned which was certainly Yorkist, but was not like later parliaments composed exclusively of the adherents of the party which had for the moment prevailed. Another of the king's lapses into imbecility again made York Protector, but only for a few months; and presently the queen felt strong enough to induce Henry once more to dismiss the Yorkist ministry. Still there was a formal public reconciliation and a hollow truce between the parties for the next three years. Each side was anxious to force the blame of actual aggression on the other.

Again York used his victory with moderation. A parliament was summoned which was certainly Yorkist, but was not like later parliaments composed exclusively of the adherents of the party which had for the moment prevailed.

Another of the king's lapses into imbecility again made York Protector, but only for a few months; and presently the queen felt strong enough to induce Henry once more to dismiss the Yorkist ministry. Still there was a formal public reconciliation and a hollow truce between the parties for the next three years. Each side was anxious to force the blame of actual aggression on the other.