The Industrial Age and social reform 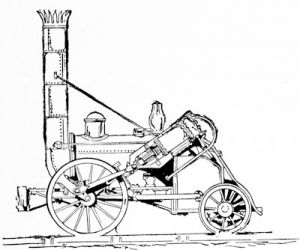 Class antagonism
Here, then, we may note an essential difference in the nature of the opposition between classes in the France of the French Revolution and the England of the Industrial Revolution. In France the primary opposition was between classes which stood legally on a different footing; the privileged class consisted of the hereditary lords both of the soil and of its occupants, a group which was exempted from burdens while enjoying the exclusive possession of political rights.

In England the technical distinc­tions between classes recognised by the law were very few. The political privilege of sitting by hereditary right in one of the chambers of the legislature carried with it no exemptions from public burdens. The lords of the soil were in no sense lords of its occupants, and could not command their services; while, instead of being exempt from public burdens, they provided through the land tax a very large proportion of the revenue.

The self-made burgess and merchant had the same political rights as the land­owner; they and the landowners who were commoners were not even barred from the prospect of acquiring the additional political rights of Peers of the Realm; the law recognised no aristocratic caste.

Politically it drew the line between persons possessed of a certain amount of property and the rest, but in theory there was nothing to prevent any number of the rest from crossing the line by becoming possessed of the necessary amount of property. The antagonism was between wealth and poverty, and it only became acute when translated into terms of Capital and Labour.

As often as not, the capitalist himself or his father had risen from the ranks by a combination of intelligence, energy, and good fortune, in which he probably allowed much less credit to the last element than his neighbours were inclined to do.

If the law intervened between him and his workmen it was only to insist that neither should coerce the other by combination. It did not strike the employer that whereas the individual workman could by no possibility coerce him, there was no difficulty whatever in his coercing the individual workman.

Nor did it strike him that while he could set the law in motion against the workman who broke it, the individual workman was quite incapable of reversing the process whereby the law, nominally even-handed, could be called in to his support if he wanted it but not to that of the workman.

The interests of the employer and the interests of the workman were opposed on the broad principle that it was to the advantage of the former to procure labour at the lowest possible wage. If there were employers who realised that they could get better value by paying higher wages, they were rare.

Nearly all of those who paid more than the lowest available rates did so from motives of humanity, believing that they were acting to the detriment of their own material interests. While the supply of labour exceeded the demand, and employers remained convinced that cheap labour served their interest, labour could hope for improved conditions only through legislation or combination.

But it was vain to look to legislation unless it obtained control of the legislature. It was useless to look to combination; for even before the eighteenth century the judges were treating organisation as conspiracy under the common law, and in the last two years of the century the combination laws made concerted action on the part of men or masters a specific offence.

The workmen were debarred even from combining to set the law in motion; and being able to act only as individuals, for practical purposes they could not act at all, even when masters acted illegally. Magistrates had power to impose a scale of wages on the masters, but if the men combined to compel the masters to pay according to the scale they were sent to prison; while obviously it would have been perfectly futile for individual workmen acting separately to claim at law the wage to which they were legally entitled.

Francis Place and the Combination Laws
The law, however, did not operate effectively against all combinations, but chiefly against those of unskilled workmen, who were suspected of being as a matter of course revolutionaries. It was recognised that the skilled workman had a stake in society and a consequent preference for the preservation of law and order.

Action was taken against combinations only at the instance of masters, and in the- skilled trades masters were rather favourably inclined to combinations among the men. Hence it came about that in the reign of George IV a successful movement for the repeal of the Combination Laws was carried through, which took its rise in the skilled, not in the unskilled trades. It was the belief of the prime mover, Francis Place, that freedom of combination would at once procure an adjustment of outstanding questions reasonably satisfactory both to masters and men, which would make the continued existence of combinations superfluous.

Place procured the passage of the bills of 1824 and 1825 by exceedingly clever management, and there is not much doubt that he would have failed if Parliament had realised what it was doing. But the actual effect was to secure the legality of collective bargaining and of collective withdrawal from work - in other words, striking - though there still remained to the judges a large latitude for discovering conspiracy under the common law.

The repeal of the Combination Acts, however, only for a moment diverted the workmen from their conviction that the remedy for their grievances lay in the acquisition of political power. The immediate effect was the birth of a large number of trade unions; but the moment was unfortunate.

A period of trade depression set in, unemployment in­creased, and the new unions were unable to prevent the lowering of wages. Therefore the impression rapidly prevailed that combination was unable to procure the anticipated benefits.

So when the Reform Bill came, the working classes were angry and disappointed, because they still remained shut out from political power; while the governing classes rejoiced that reform had been carried far enough to secure stability, but had stopped short of admitting the dangerous elements of the population to the franchise.

Long before the accession of King George IV steam had taken complete possession of manufacture. Water-power had had its brief day as the predominant agent, and the old domestic industries had vanished com­pletely. But there was still one more change to be effected by steam through its application to locomotion.

Steam traction by land first began to appear practicable when iron rails were used to make an easy road for trucks. The first railroad was not intended for steam traction; it was in fact a horse tramway between Wandsworth and Reigate. But the invention of a locomotive steam-engine was engaging the attention of engineers. In 1812 a boat propelled by steam was launched on the Clyde, and two years later George Stephenson had built his first locomotive engine.

The first railway authorised by Act of Parliament to carry passengers was that between Darlington and Stockton, sanctioned in 1823. It was due to the persuasions of George Stephenson that the steam locomotive instead of horse haulage was permitted.

The Railroad Age begins
The difficulties which faced these early attempts are illustrated by the fact that the first endeavours to get this line authorised were blocked by the Duke of Cleveland, because a portion of the line was required to pass through his estate. Without compulsory powers of purchase it was impossible to lay down a line of any length if any landowner chose to block the way.

Moreover, superior persons scoffed at the engineers, and pointed out that the sane British public would most certainly refuse to allow itself to be carried over the ground at the terrific speed of sixteen miles an hour.

Nevertheless, the Stockton and Darlington railway soon had a successor in the line between Manchester and Liverpool, whose opening in 1830 was the decisive moment in the history of traffic during the nineteenth century. The complete success of that epoch-marking function was marred by the unfortunate accident which killed Huskisson.

But it was no longer possible to doubt that steam traction would supersede all other forms of transport whether of passengers or of goods by land. In this, as in the creation of manufacturing machinery, Great Britain took the lead, which materially assisted in giving her an over­whelming advantage in commercial competition.