The Accession of James II 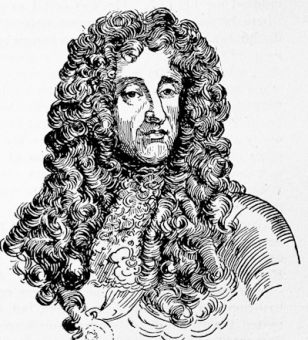 James II, after the engraved portrait by Giffart

The position created by the accession of James II, was decidedly paradoxical. England, Ireland, and Scotland were officially Protestant States, in which Roman Catholics were not only barred by the law from holding any public office, whether in the service of the State or of the municipality, but were further penalised for participating in their own religious rites, and for abstaining from participation in the rites of a Church which they accounted heretical.

Yet at the head of these Protestant States was a zealous Roman Catholic, who, long after reaching maturity, had deliberately chosen to separate himself from the official established religion and to join the pro­scribed body.

In Ireland it is true that he shared the faith of the great bulk of the population, but in England and in Scotland Protestantism was not merely official; to the bulk of the population the papacy was the Scarlet Woman of the Apocalypse. It was tolerably manifest that the king was bound to demand at least some relaxation in the stringency of the laws against his own coreligionists; but it was no less manifest that concessions could be procured only by tact and maintained or extended only by the exercise of conspicuous moderation.

On the other hand, the masterly dissimulation of Charles II had enabled him to leave the Crown stronger than it had been at any time since the death of Elizabeth. A standing army had been created which, if not large, was still large enough, so long as it remained loyal, to secure the king against any serious danger from armed insurrection, For supplies it was true that unless the king held fast to a policy of extreme economy, he was depended on the goodwill either of the King of France or of parliament. But the Commons at least were no longer an independent body.

County representation was controlled by the country gentlemen who were mainly Tories and the reconstruction of the corporations had given the Crown the practical control over the boroughs where otherwise Whiggery would have predominated. The clergy of the established religion, moreover, were for the most part committed to doctrines of divine right and of non-resistance. An unobtrusive extension of the principles of toleration ought not to have been out of reach.

The character of the new king
Unfortunately for himself and for his cause, James was personally wholly unfitted for his task. He was of all men the most tactless, in a position where tactfulness was a supreme necessity. His incapacity for successful dissimulation had procured him a somewhat spurious reputation for straight­forward honesty, but that extremely useful reputation he failed to maintain.

As a young man he had been conspicuously fearless in the battlefield, but while he had all the obstinacy which tends to produce crises, he lacked the nerve to face a crisis when it arrived. Within three years of his accession he had successfully alienated all that loyalty which Whig blundering, the crafty duplicity of Charles, and some fortunate accidents had combined to place at his disposal. The revolution of 1688 was a Whig triumph, but it was brought about by royalist Tories and Anglicans not less than by the Whigs. And for that fact the blundering of James himself was chiefly responsible.

Nevertheless the king's first acts had an encouraging aspect. His first declarations affirmed his intention of proving his loyalty to the existing order. The ministers most employed by Charles in his last years had been Rochester, Sunderland, and Godolphin. Although the two latter had both supported the Exclusion Bill they were retained in high office.

Rochester had opposed exclusion, like Halifax, but, being Clarendon's son, he represented the tradition of political Anglicanism; he too was retained as Lord Treasurer. It was true that James paraded his own personal adherence to Romanism, but as yet the public at large were content to attribute this not to sinister intentions but to an open honesty.

The Oates punishment
The merciless punishment inflicted upon Titus Oates and his principal accomplice was generally accepted as a mere act of justice; nor was any active resentment aroused when James proceeded to order by royal proclamation the collection of the Customs which had been accorded to Charles for life but had not yet been conferred by parliament on his successor.