Navigate 'A History of the British Nation'
<< King Harold and 1066 - Anglo-Saxon Culture - The Witan, or Anglo-Saxon council >> 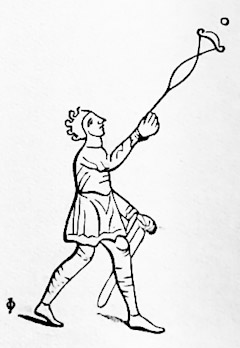 In reconstructing the early social and political system of the English we have to find bridges whereby we can connect what we know of the primitive Germans with what we know of the Saxons from the legal codes which have been preserved and by historical references from which definite inferences can be drawn.

Choosing a king
Now, at the stage when we have clear and trustworthy indications of an established system in England, which is not until after the establishment of Christianity, we find in the first place that kingship is universal, that the kingly office is hereditary, but that the succession invariably leaves a certain right of choice exercised by a council known as the Witan or Witenagemot.

Usually the choice lies among sons and brothers of the deceased king; but it appears to have been considered legitimate on sufficient grounds to go further afield among those who could claim to represent the blood royal

It was a matter of primary necessity that the king should be himself a reasonably competent person, and obviously inefficient candidates were necessarily excluded. Thus Alfred succeeded AEthelred in Essex, although AEthelred left two young sons, and Eadred was preferred before the sons of Edmund.

In the next place we find a nobility, not limited to a few families of high descent, though these appear to have formed an element in it, but entered primarily as a reward of service; though rank once attained tended to remain with the descendants.

The upper classes ...
This aristocracy falls into two ranks, in which, theoretically, descent, except in the royal family, is not concerned - the king's lieutenants or ealdormen, along with the bishops, and the thegnhood who may be called the gentry.

... and Lower classes
Below these were the great mass of the free ceorls, who held the greater part of the soil; and at the bottom of the scale were the actual theows or slaves, few in number in the East, but comparatively numerous on the Welsh marches, from which, incidentally, it may be inferred that in the later stages of conquest, immediately preceding the introduction of Christianity or accompanying it, the Britons were enslaved rather than extirpated.


He led the Labour Party in Churchill's wartime coalition government

He was the first Labour PM to hold a Commons majority