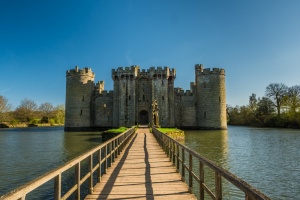 In 1380 French troops raided Winchester as part of those interminable struggles we call the Hundred Years War. It was because of the threat from the French that Sir Edward Dalynrigge received a license to crenellate.

In practical terms that means he was given permission to fortify a building. This license was not given lightly by the crown, for the king risked having rebellious nobles ensconced within their own castle strongholds. In this case, Richard II hoped that the new castle of Bodiam (1385) would serve to discourage further French raids.

Despite its role as a military strongpoint, Bodiam is an almost unbearably romantic sight, its four (rounded) drum towers surrounded by a sleeping moat.

Dalynrigge was determined to build in style, and the lord's quarters within the castle are sumptuous and comfortable beyond the standards of the time.

Do not be fooled by the romantic look, however, Bodiam was built to the most exacting military standards. 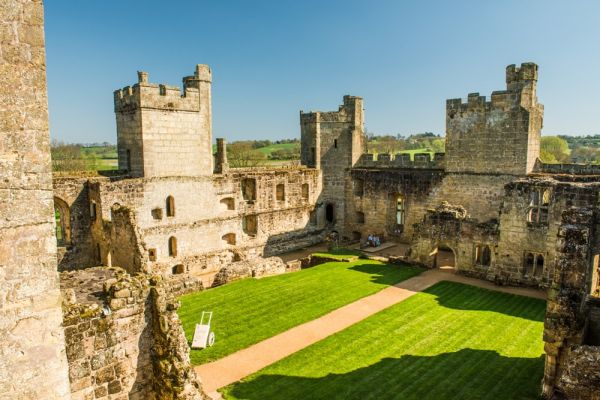 There were no less than three drawbridges and a thick barbican between an invader and the main entrance.

Things are not more relaxed within the castle. Dalynrigge was well aware of the risk of housing mercenaries within his stronghold, so three of the four angle towers and both entrances are directly connected to the family quarters, while the retainers were housed in a totally separate hall.