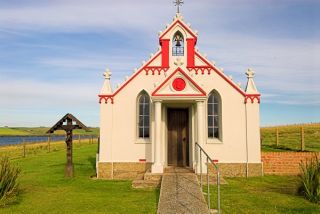 The Italian Chapel is a shrine built by Italian prisoners of war during WWII, using a Quonset hut and salvaged scraps of metal and wood. The chapel is a moving example of the marriage of faith and art under trying circumstances. The interior is beautifully painted and contains lovely ironwork and trompe l'oeil artwork.
History
Five hundred and fifty Italian prisoners of war were interned on Orkney during World War II, where they were forced to help build the Churchill Barriers, a series of 4 causeways linking Orkney Mainland to the islands of South Ronaldsay, Burray, Lambs Holm, and Glimps Holm. The barriers were created to block eastern access to the Allied fleet anchorage at Scapa Flow, following the sinking of the HMS Royal Oak in 1939. They now serve to carry the A961 road connecting Kirkwall to Burwick.

Two hundred of the POWs were held at Camp 60 on Lambholm. Most of the prisoners were Roman Catholic, and they wanted a place to practice their religion. They persuaded the camp commander, Major T. P. Buckland, to allow them to build a chapel on Lambs Holm. They were given a pair of Nissen huts linked end to end, on the condition that any work on the chapel was carried out after normal working hours on the Barriers project. 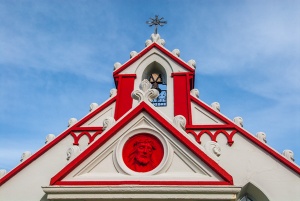 The gable and bell turret
One end of the Nissen hut was lined with plasterboard to create a sanctuary. A holy water stoup, altar, and altar rails were made from concrete. The main contributor was Domenico Chiocchetti, who created the astonishing trompe l'oiel decoration in the body of the chapel, with paintings to look like brick walls, carved stone vaults, and stone buttresses. Stained glass windows were crafted, with a Madonna and Child altarpiece, and a rood screen made from scrap metal. Wood for a tabernacle was salvaged from a derelict ship, and 6 brass candelabra fashioned from scrap metal.

With the richly decorated interior taking shape, the prisoner/artists turned their attention to the outside of the Nissen huts. They created a remarkable facade, with Gothic pillars and pinnacles, and a bell-tower over the west door. The frontage was decorated with a head of Christ sculpted from red clay. When the work was complete everything was covered in a thick layer of cement to act as a barrier to wind and rain.

In September 1943 the Italian surrender meant that the labourers were no longer treated as prisoners of war. They were allowed freedom of movement and were paid for their work. The prisoners were released shortly before the end of the war, but even then, Chiocchetti remained on Rkney to finish his work on the chapel. Though Chiocchetti deservedly gets much of the praise for this extraordinary building, many of the prisoners contributed. Some worked with metal, some with wood, others did the electrical wiring. In short, it was a communal project, and the result is one of the most striking and touching buildings, secular or religious, in all of Britain.

Visiting
I've visited well over 1,000 historic churches around the UK, some of them counted amongst the most sacred sites in the country, yet I've seldom visited a church that affected me more than the Italian Chapel. I suppose it is because the prisoners of war who built it had to be creative and work with whatever materials they had on hand. The result is an extraordinary testament to faith, whatever your religious affiliation, and a beautiful work of art.

The chapel is open daily, with shorter opening hours in the winter months. It is one of the most popular visitor attractions on Orkney. 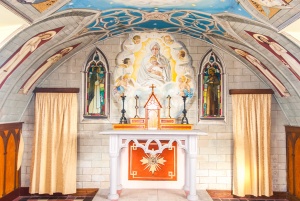 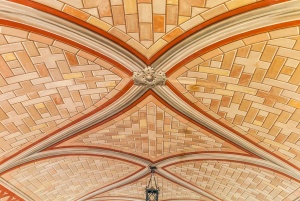 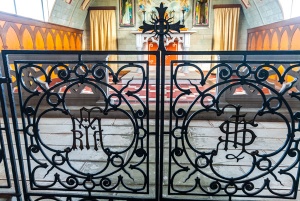 The rood screen, made from scrap metal 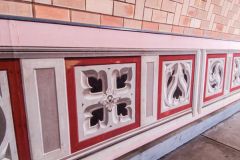 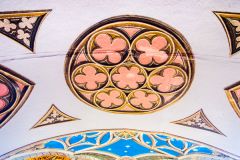 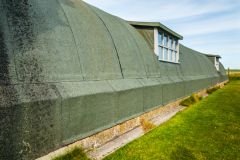 Nearby accommodation is calculated 'as the crow flies' from Italian Chapel. 'Nearest' may involve a long drive up and down glens or, if you are near the coast, may include a ferry ride! Please check the property map to make sure the location is right for you.

More self catering near Italian Chapel >>

The Rhiconich Hotel - 82 miles
Lairg, Highlands and Islands
Stay from: £48.00