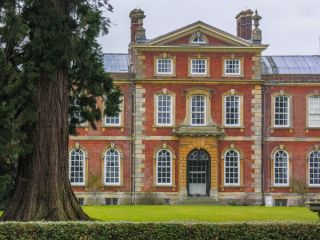 A lovely manor built in the 1660s, later remodelled. The interior features a cantilevered staircase, and visitors can view the drawing room, bedrooms, sitting room, and panelled library. The grounds are superlative, with colour throughout the year, offering a mix of formal gardens near the house and parkland further afield.

The roots of Kingston Bagpuize go back to at least the 11th century. William the Conqueror granted an estate here to one of his barons, who in turn leased it to a knight called Ralf de Bachepuis. Over the centuries the family name was Anglicised to its current form.

The Bachepuis family retained the manor until 1290, and it passed through several families until it was purchased by John Latton in 1542. Latton built a moated farmhouse on low-lying ground. That farmhouse was still standing when the current house was built sometime around 1660 - the exact date is not certain.

A descendant, also named John Latton, sold the estate to Edmund Fettiplace in 1670, and by that time the house we see today was already completed. That Carolean house was completely remodelled in 1720 to conform to the early 18th-century taste for symmetry. 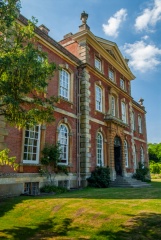 At the same time, a cantilevered stair was inserted, and it is this stair that is the real highlight of the interiors today. The stair is an astonishing sight, with 'no visible means of support' for the steps and gallery. The weight of the gallery and stair is carried by the sheer mass of the walls, which are three feet thick.

On the stair landing is a portrait of Sir Francis Grant, Lord Cullen, who purchased Monymusk House in Aberdeenshire in 1713. Monymusk House is still owned by the family and there are paintings relating to the Scottish estate throughout the house.

The original house was on an east-west axis, centred on a long corridor with rooms on either side. In the mid-Victorian period the house was essentially turned back to front, with the old main entrance became the garden entrance.

Other major rooms on show to visitors include the Drawing Room (the original entrance hall), with 18th and 19th-century French furniture and portraits of family members by Gainsborough and Romney. The panelled Library dates from 1720, with Georgian mahogany furniture. Upstairs are the Rose and Pink bedrooms, with still more Georgian furniture.

Many people come to Kingston just for the gardens. The earliest feature is probably the terrace walk, which may have been laid out in the 18th century. Specimen trees were planted in the 19th century, but much of the garden we see now dates to the mid-20th century, and include long herbaceous borders and woodland walks. It is worth coming in spring to see over 40 varieties of snowdrops in bloom.

Part of the charm of Kingston Bagpuize House is that it is so obviously a much-loved family home. This was brought home to us during our very good guided tour. When we arrived at the upstairs bedrooms, the guide mentioned that when the children of the house were younger, they used to hide under the four-poster beds when tour groups came up the stairs, and make ghostly noises to frighten the guests. There were no 'ghosts' under the beds when we visited, but the story did emphasise how much a family home this is, rather than a stuffy museum of fine furnishings! 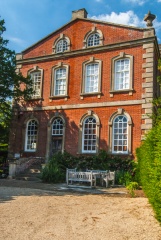 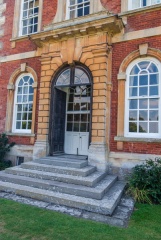 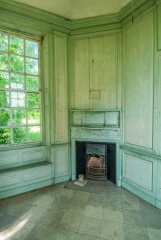 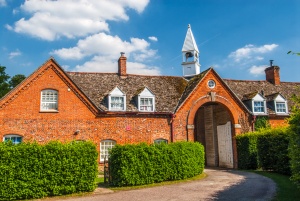 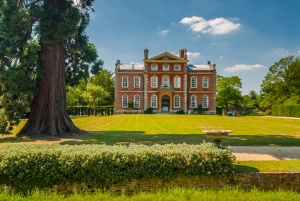 The house across the ha-ha 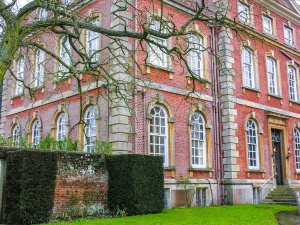 The west front and visitor entrance 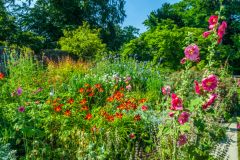 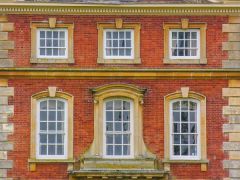