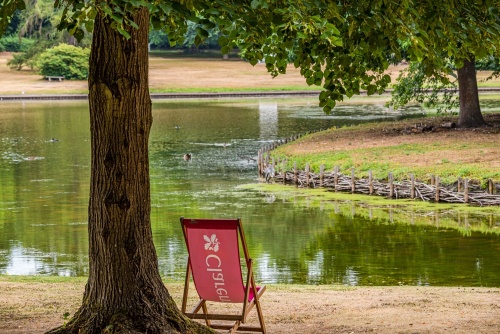 An unexpected oasis in urban Surrey, Claremont Landscape Garden was one of the first and remains one of the finest of 18th-century English landscape gardens. The chief feature is a serpentine lake, with walking paths providing unexpected vistas. There is also a unique 18th-century grass amphitheatre.

The list of gardeners who contributed to Claremont's design reads like a who's who of landscape gardening. John Vanbrugh began the garden, and Capability Brown, William Kent, and Charles Bridgeman all contributed.

The first house at Claremont was designed by Sir John Vanbrugh, architect of Blenheim Palace and Castle Howard. Unlike those two palatial residences, Claremont House was built by Vanbrugh for his own personal use. It was anything but palatial; Vanbrugh described it as a 'very small box'.

Vanbrugh did not have long to enjoy his new creation, for in 1714 he sold the property to Thomas Pelham-Holles, the Earl of Clare and later Duke of Newcastle. The Earl immediately asked Vanbrugh to add two wings to the house and to design a castellated Belvedere, or tower, on a nearby summit, so he and his guests could enjoy the views while playing cards. 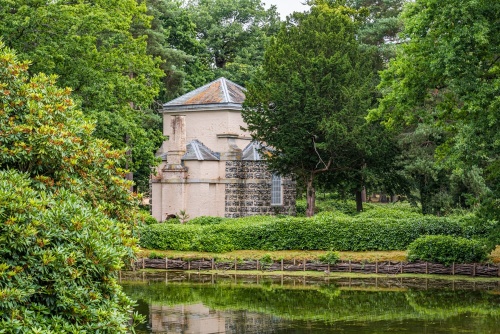 The Earl also had a telescope installed on the roof so that he could indulge his passion for star-gazing. The Earl dubbed his new estate Clare-mount, which later morphed into the current Claremont.

Shortly after taking possession, Earl Clare began to design a landscape garden around his new house. These gardens and landscaped parkland are one of the very first landscape gardens in England. One of the first additions to the garden was a turf amphitheatre, designed by Charles Bridgman. The amphitheatre was carved into the slope of what became known as 'Bridgman's Hill'.

The first iteration of the garden was in the formal style that was popular at the time. But fashions change and the Duke of Newcastle, as he was now, changed with it. In the 1730s he asked William Kent to recreate the earlier formal layout as a landscape garden; a picturesque essay. Kent planted a large number of carefully arranged trees and created the serpentine lake below the amphitheatre. 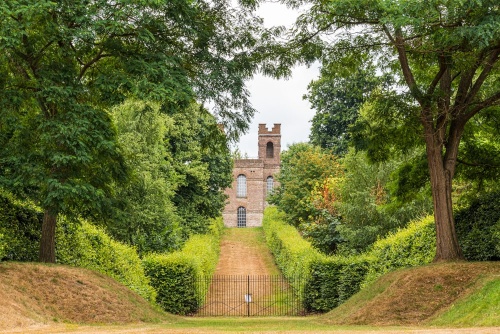 When the Duke of Newcastle died in 1768 his widow sold Claremont to Robert Clive (Clive of India). Clive had the mansion pulled down and called in Capability Brown to design a new house in the fashionable Palladian style.

Brown was more skilled in landscape garden design, so he worked closely with architect Henry Holland, and his draughtsman, Sir John Soane, both to become famous for their work on some of England's best stately homes. Clive spent a reported 100,000 pounds to create the new mansion and completely redesign the landscape gardens. He never lived at Claremont, for he died in 1774, the same year that the house was finished.

It is hard to overstate Claremont's importance as a historical garden; it was famous across Europe and served to inspire some of Britain's best landscape gardens. 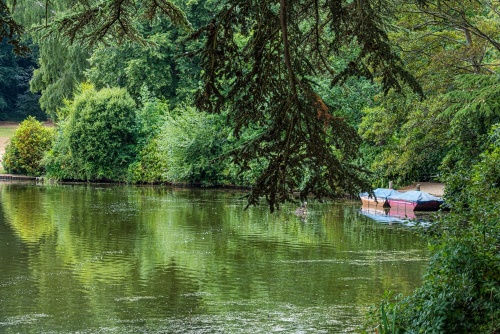 In 1816 Claremont was purchased by the nation as a wedding gift to Princess Charlotte on her marriage to Prince Leopold of Saxe-Coburg. The young princess died tragically in childbirth at Claremont the following year, aged just 21. Leopold lent the house to his niece, the future Queen Victoria, and Victoria stayed here on several occasions. Victoria later spoke of 'my dear Claremont', and wrote that her time at Claremont served as 'the happiest days of my otherwise dull childhood'.

In 1930 the mansion was in decay and scheduled to be torn down when it was purchased by a school from south London, along with the Belvedere and 30 acres of parkland. The school, renamed the Claremont Fan Court School, still owns the estate, but the National Trust now owns much of the landscape garden, which has been restored to its 18th-century grandeur. 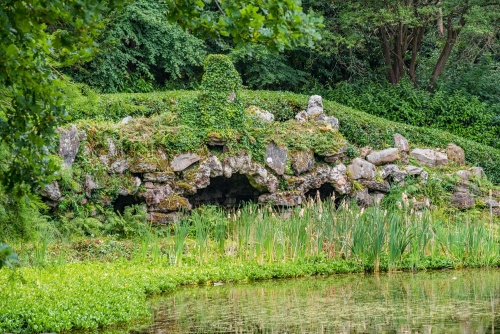 The most iconic building in the gardens is the Belvedere, designed by Vanbrugh in 1715. One odd feature is that the Belvedere appears to have windows, but these are actually bricks painted black and while to give the impression of windows from a distance. The Belvedere Tower is within the school grounds, but the school allows access on one weekend every month from April through October.

The centrepiece of the garden is a man-made serpentine lake. Overlooking the lake is the most famous feature at Claremont; a turfed amphitheatre, once used as the centrepiece of an annual festival. This is the only remaining example in Europe of a garden feature once common in great houses and palaces. 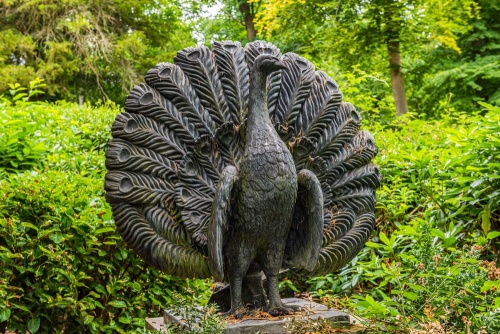 Opposite the amphitheatre is a small island in the middle of the man-made lake. Nestled amid trees on the island is the Belisle pavilion, designed by William Kent.

Another feature is a camelia terrace, once home to Prince Leopold's heated greenhouse. On the edge of the lake is a romantic grotto, designed to look like a natural cave. There are statues of animals dotted throughout the garden, including the likeness of a bear and peacock.

Claremont Landscape Garden is signposted from Esher and is only five minutes off the M25. 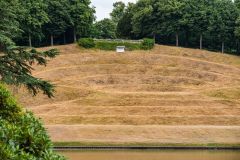 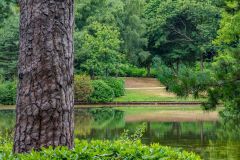 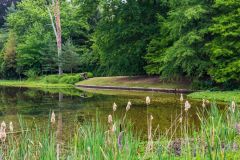 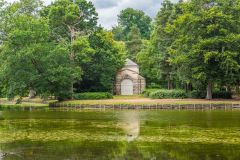 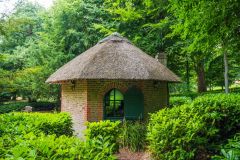 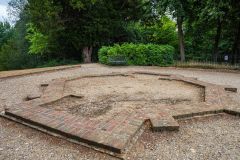 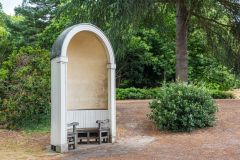 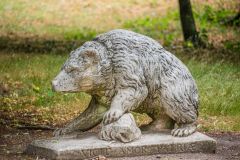